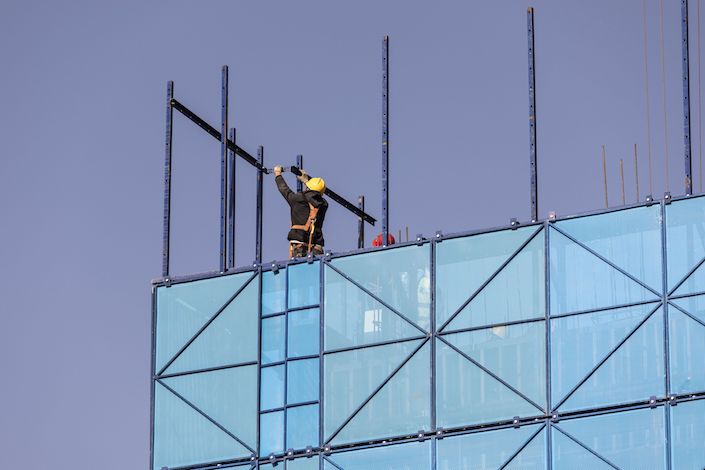 Sinic’s credit rating was lowered by S&P Global Ratings to Selective Default from CC after the company failed to pay interest and principal on its $250 million note due Monday, according to a statement dated Tuesday.

Sinic warned earlier this month that it didn’t expect to repay the dollar bond, and that might trigger cross-defaults on two other notes. The news follows a surprise default by developer Fantasia Holdings Group Co. earlier this month. China’s real estate market has been rocked by a crisis at Evergrande as authorities try to reduce leverage in the sector and prevent a bubble.

“We expect this nonpayment to trigger cross-defaults and accelerate demands for repayment of the company’s other debts, including its U.S.-dollar bonds and domestic loans, some of which are already overdue,” S&P Global said in the statement.

Sinic is much smaller than Evergrande, ranking 41st among China’s property developers based on contracted sales as of August. Evergrande ranks third. Sinic has $694 million in dollar bonds outstanding, according to Bloomberg-compiled data. The company missed domestic payments in September.

A 30-day grace period for Evergrande to pay interest on several dollar bonds will end this week, raising the specter of the real estate giant defaulting.

A government clampdown on the property industry is making it harder for companies to refinance and threatening to create a wave of defaults. The yield on junk dollar bonds from the nation’s borrowers climbed to a decade-high of about 20% this month before dropping to 17%.

Shares of Sinic and Evergrande are suspended from trading in Hong Kong. A gauge of Chinese real estate company stocks fell 0.3% to trade near a three-year low.

Beijing finally broke its silence on Evergrande’s trouble last Friday and reiterated over the weekend that the risk can be contained. But analysts from Citigroup Inc. said in a note Monday that “more decisive policies are still needed to shore up market confidence in the property sector.”