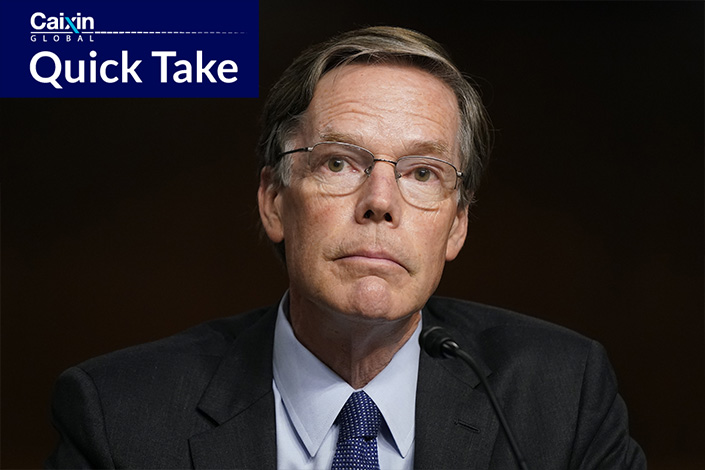 What’s new: Beijing has “firmly rejected” remarks made by a nominee for U.S. ambassador to China during a Wednesday U.S. congressional hearing on Taiwan, Xinjiang, Hong Kong and Covid-19 origins, saying the accusations “smack of Cold War zero-sum mentality and run counter to facts.”

“The accusation of the so-called ‘genocide’ in Xinjiang is an outrageous lie fabricated by a few anti-China scholars in Western countries and U.S. politicians, with the true intention of oppressing and containing China’s development,” Wang said, adding that “Taiwan is an inalienable part of the Chinese territory.”

He said China has “acted in an open, transparent and responsible manner” in providing timely updates on the origins of Covid-19 to the WHO and the international community, adding that some U.S. politicians are maliciously “denigrating and stigmatizing China.”

The background: Nicholas Burns, 65, is a longtime diplomat who has served as U.S. ambassador to NATO and Greece. In August, he was nominated by U.S. President Joe Biden as ambassador to China.