By Zhang Yukun and Bai Yujie 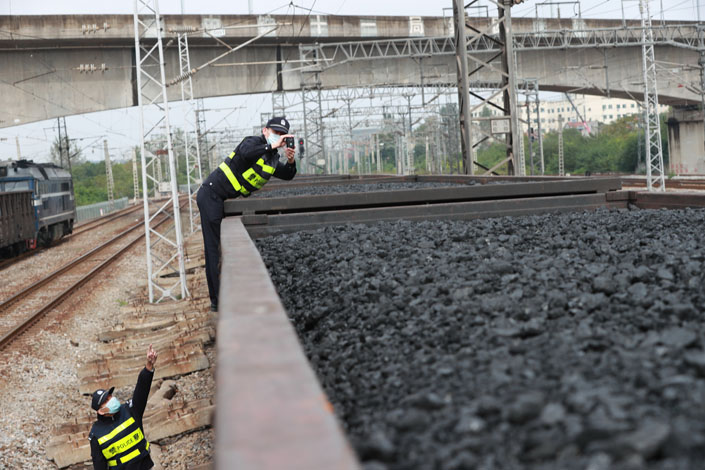 China’s top economic planner met with the nation’s leading coal industry association and major producers to discuss measures to stabilize record prices in the latest step by the government to ease a nationwide power crunch caused mainly by a dearth of the fossil fuel.

Officials from the National Development and Reform Commission (NDRC) met Friday with the China National Coal Association and the coal producers to “discuss reasonable prices and profit levels in the industry, and studied ways to prevent profiteering by coal companies,” according to a statement from the agency (link in Chinese). It did not name the companies in attendance.

Since late September, many parts of China have suffered severe electricity shortages that have forced factory shutdowns and blackouts, with a plunge in coal supplies, a post-pandemic boom in product exports and the government’s energy consumption reduction campaign all contributing to the ongoing shortages.

The meeting came after the NDRC announced it was studying possible intervention measures in the coal market Tuesday without mentioning specific measures. However, just the news of possible interventions sent China’s thermal coal futures tumbling. The most-traded thermal coal contract on the Zhengzhou Commodity Exchange plunged for three consecutive days after closing at a record 1,835.6 yuan ($285.42) a ton Tuesday.

The NDRC said late Thursday (link in Chinese) it had launched a special investigation into the production and circulation costs as well as the prices of coal, and called on its local counterparts, major coal producers, trading companies and companies that use coal to get a detailed view of the prices at different stages along the supply chain.

Previous measures to contain the surge in coal prices this year focused on increasing output and supply as well as securing long-term supply contracts for power plants and heating providers.

Industry insiders expect the NDRC to implement temporary price caps on thermal coal prices, as it did in 2008 and 2012.

Earlier this month, the commission called on coal suppliers to voluntarily sign a letter of commitment to cap coal prices. At least four major coal companies and two important coal ports have signed the letter and promised to cap coal prices.