Xinhua: Key Insights Into the State of China’s Economy 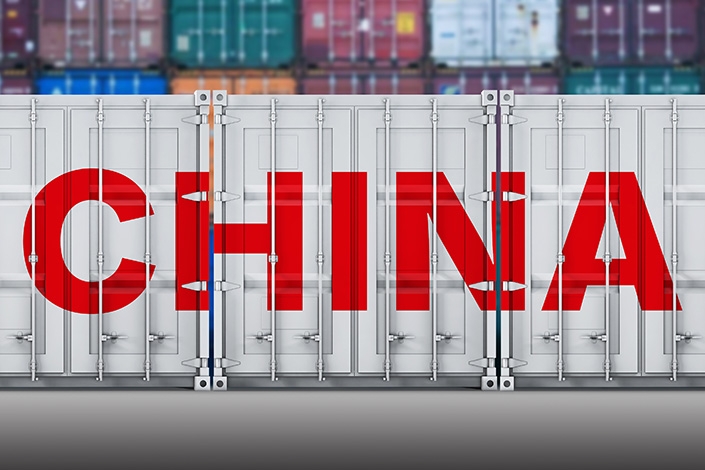 Editor’s note: The article was a republication of a Xinhua news agency interview with “a number of authoritative departments and individuals” on China’s current economic situation.

BEIJING, Oct. 25 (Xinhua) — As 2021 marks the beginning of China's 14th Five-Year Plan period (2021 - 2025), as well as the start of its journey to fully build itself into a modern socialist country, the nation's economic performance has come under the spotlight.

How is China's economy doing so far? Are there any new situations emerging, or existing issues left unresolved? With the pandemic and economic trend becoming more complicated, where is the world's second-largest economy heading?

In response to the significant attention to and concerns over the Chinese economy from both home and abroad, Xinhua has interviewed a number of authoritative departments and individuals, and the following are some of their opinions and judgments on 10 issues of China's economy.

China's GDP grew 4.9 percent year-on-year in the third quarter, slower than its growth of 18.3 percent in the first quarter and 7.9 percent in the second quarter. In the first three quarters, the country logged a 9.8 percent GDP expansion, well above its annual growth target of over 6 percent, official data showed.

The growth slowdown was the result of challenges including a resurgence of Covid-19 cases and severe flooding in certain regions, as well as a higher comparison basis in the same period last year, according to authorities.

Despite the falling growth, China has staying power in domestic demand expansion supported by a super-scale market of over 1.4 billion people, effective policies to boost consumption, and has seen steady progress in the country's major projects set for the 14th Five-Year Plan period.

In the first three quarters, final consumption contributed 64.8 percent to China's economic growth, 3.1 percentage points higher than the level seen in the first half, according to official data.

Considering factors including a high base in the second half of 2020, the country's foreign trade is likely to grow at a slower pace compared to a year ago, presenting a "high-to-low" curve.

But authorities estimate orders for key foreign trade enterprises will remain sufficient until the second quarter of next year. Imports and exports are therefore expected to sustain steady growth this year.

Since the start of this year, high-quality development has become a more distinctive hallmark of China's growth, with the country's economy seeing optimized structures, improved development quality and stronger growth momentum.

Structural reform has been pressing ahead in a sound manner, as manifested in the steady industrial capacity utilization rate, the declining asset-liability ratio of enterprises, and rapidly expanding investment in weak links such as education and healthcare.

Despite the progress achieved, authorities have cautioned that an excessive production capacity may occur, as other countries will gradually reopen their factories at home, leading to a pullback in China's exports.

Coping with the challenges faced by China's economic growth requires an unswerving focus on economic restructuring. At a key meeting held in July, China's policymakers pledged to tighten the power use limit on energy-intensive industries, saying that steps will be taken to refrain from using the property sector as a short-term economic stimulus and to speed up the development of affordable rental housing.

Since mid-September, power supply across the country has been tight, reflecting the unbalanced supply and demand of energy, especially coal. Power cuts occurred in certain areas from Sept. 23 to 26, causing widespread concern in society.

To cope with the situation, the National Development and Reform Commission said in a series of announcements that it would take necessary measures, including legal intervention in coal prices, to bring the coal market back to rationality and ensure a stable supply of energy.

The National Energy Administration recently announced that it will promote the integration of new energy power generation projects and further improve the power supply capacity.

An improved pricing mechanism for coal-fired power was also released to deepen market-oriented pricing reform in the sector.

As certain countries act against globalization and the Covid-19 pandemic sweeps across the world, the stability of the global industrial chain and the smooth flow of the global supply chain are confronted with unprecedented challenges.

Thanks to China's timely containment of Covid-19, the stable operations of industrial and supply chains have been secured, and the layouts of multinational companies have increased.

Statistics show that more than 90 percent of foreign companies in China operate mainly in the Chinese market. With a population of 1.4 billion and over 400 million middle-incomers, China has a consumer market of unparalleled size and growth potential.

The double-digit year-on-year growth in foreign direct investment into the Chinese mainland in actual use in the January-September period has also confirmed this trend, highlighting that China remains one of the best investment destinations in the world.

Making industrial and supply chains more autonomous and controllable does not require a closed and inward-looking mindset. Rather, it means opening up to a higher level and strengthening overall competitiveness through opening-up and cooperation.

Since the beginning of the year, China has taken a slew of measures to promote common prosperity. While attracting a lot of attention, the term has been misinterpreted by some as "robbing the rich to help the poor."

Rather than having just a few prosperous people, common prosperity, which is an essential requirement of socialism, refers to affluence shared by everyone, physically and intellectually.

China has been gradually placing common prosperity in a more prominent position since the 18th National Congress of the Communist Party of China in 2012. Now, having achieved victory in the anti-poverty fight and in the construction of a moderately prosperous society in all respects, the country has favorable conditions to promote common prosperity.

In pursuit of this goal, efforts will be made to properly deal with the relationship between efficiency and fairness, make basic institutional arrangements for income distribution, expand the size of the middle-income group, increase the earnings of low-income groups, adjust excessive incomes, and prohibit illicit incomes to promote social fairness and justice.

China has unveiled a series of regulatory measures to rein in certain monopolized sectors and the disorderly expansion of capital. These are pragmatic and necessary efforts to promote the sound development of related industries as well as social fairness.

The anti-monopoly measures target illegal acts, rather than the private sector or companies of any specific ownership type.

Thanks to these moves, the flow of capital has seen new trends, with sci-tech innovation, high-tech manufacturing and the industrial internet being new fields that attract capital.

China has been widely recognized as one of the leading nations in the digital economy, meaning it needs more relevant regulations to promote the sound development of related sectors.

How to prevent a large-scale return to poverty and deliver the rural vitalization strategy has attracted much attention at home and abroad.

The full implementation of the strategy requires stronger top-level design and measures, and more concerted efforts.

Efforts should be made to ensure the country's grain output remains above 650 million tonnes, solve the two key issues, namely seed and arable land, and secure a good start for rural and agricultural modernization, according to authorities.

It is important to accurately judge the current financial risk situation as China has seen increased downward pressure in economy, risks and challenges at home and abroad, and debt risks in some enterprises since the second half of the year.

After years of hard work, the country has made great progress in preventing and defusing major financial risks, and has prevented systemic financial risks.

Authorities have noted that while there are individual issues in the real estate market, the risks are generally under control.

The country's top legislature has just adopted a decision to authorize the State Council to pilot property tax reforms in certain regions.

The move aims to advance property tax legislation and reform in an active and prudent manner, guide rational housing consumption and the economical and intensive use of land resources, and facilitate the steady and sound development of the country's property market, according to the decision.

The reasonable capital demand of the property market is being met and the overall trend of healthy development in the real estate market will not change, according to authorities.