Why Is Asia Paying Five Times More Than America For Natural Gas? 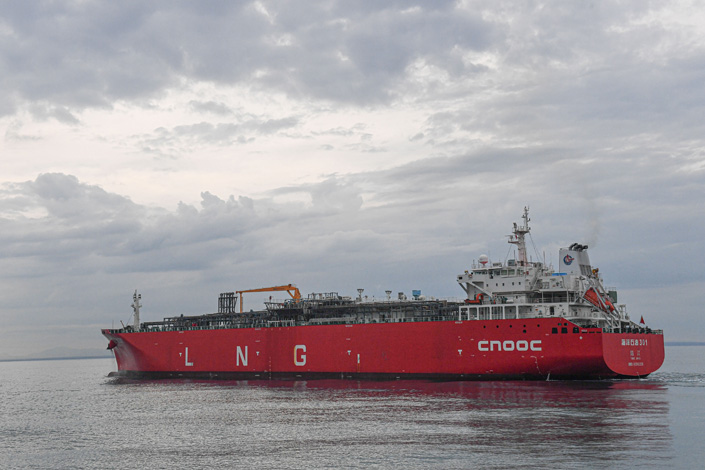 (Nikkei Asia) — It's a phenomena rarely seen in commodity markets. As natural gas prices skyrocket across the world, Europe and Asia are paying up to nearly six times more for natural gas than the U.S., as a lack of American liquefaction capacity fragments global markets.

On Tuesday in New York, front month contracts for Henry Hub gas futures closed above $5.88 per million BTUs, more than doubling in the year to date.

The fuel topped $6.46 on Oct. 6, marking the highest level since 2014. On top of climbing air conditioning demand in the summer, production in some places is still at a standstill due to hurricane damage.

But even though they are higher, U.S. natural gas prices lag sharply behind global bench marks. In Europe, the index price for the fuel soared sixfold over a year to the equivalent of around $170 a barrel when using crude oil terms. Upward pressures include stagnant supplies from Russia that led to a shortage of inventory.

The U.S. can thank its limited LNG export volume due to capacity constraints for the relatively small rise in prices, insulating its market from the impact of European and Asian demand.

The combined capacity of U.S. gas liquefaction plants stands at 10.8 billion cubic feet per day, according to the U.S. Energy Information Administration. Although this metric has tripled over the past three years, the LNG only accounts for about 10% of the U.S.'s total natural gas output.

The fracking boom in the U.S. transformed the country into a net LNG exporter in 2016. Exports of the fuel in the first seven months of the year grew 50% on the year to more than 2 trillion cubic feet.

However, July's exports were equivalent to 90% of liquefaction capacity. Many experts believe that liquefaction plants -- where the gas is processed into liquid for transport -- are operating essentially at full capacity when taking repairs and maintenance into consideration.

“It will be difficult to increase exports from this level,” said Toshiyuki Makabe, managing director of commodities sales at Goldman Sachs.

Whenever gaps develop in international commodity prices, arbitrage trading that profits off the differences works to correct the margins. Because of those activities, nonferrous metal prices on the London Metal Exchange track closely with those on the Shanghai Futures Exchange.

But because of the limits to U.S. LNG exports, international arbitrage trading is not operating at full swing. Liquefaction capacity is projected to grow by more than 20% by the end of 2022, according to U.S. research firm Wood Mackenzie. The expansion will include newly operating facilities by the end of this year, but that is not expected to greatly expand the pace of exports.

As a result, U.S. natural gas “is being isolated from the global market, and price formation is reflecting domestic supply and demand,” said Yutaka Shirakawa at Japan Oil, Gas and Metals National Corp.

Given that the U.S. can satisfy its own natural gas consumption solely by domestic production, “market prices are less prone to volatility compared to other regions,” said Hiroshi Hashimoto, senior analyst at the Institute of Energy Economics, Japan.

Rising energy prices within the U.S. have led to higher electricity and gas bills for households. But the impact is not as severe as it is in Europe, which is facing the risk of inventory being depleted, or China, which is experiencing power shortages.