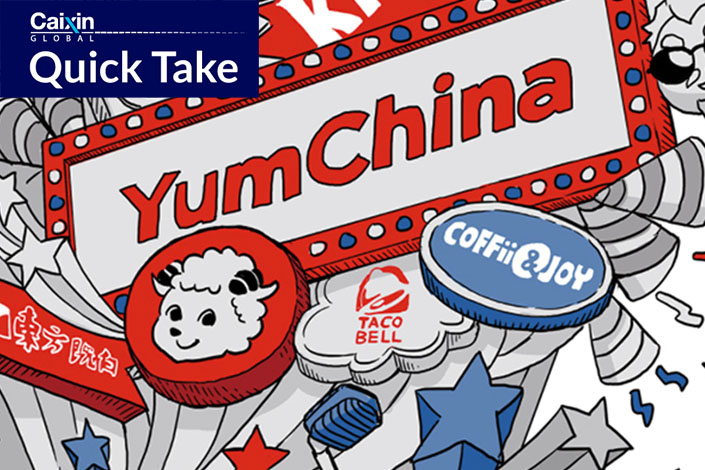 What’s new: Yum China Holdings Inc., operator of KFC and Pizza Hut restaurants in China, reported a 76% plunge in its third-quarter profit to $104 million, as operations were “significantly impacted” by an outbreak of the delta variant of the coronavirus that began in late July.

For the quarter that ended in September 2021, revenue increased 9% to $2.55 billion, while the key metric of same-store sales fell for the first time this year by 7% from a year ago, including a decrease of 8% at KFC chain stores and a 5% drop at Pizza Hut, Yum China said in a filing to the Hong Kong Stock Exchange, where it is listed besides New York.

The company said it opened 524 new stores during the quarter, including 362 KFC outlets and 103 Pizza Hut restaurants.

Apart from the decrease in same-store sales, the drop in profit was also attributed to a one-time $239 million re-measurement gain of Yum China’s equity interest in Suzhou KFC last year, which created a high base for comparison, as well as a loss from a mark-to-market investment in Meituan, the company said. Adjusted net income was $96 million, a 63% drop from $263 million a year ago.

The background: Yum China expects its margins in the fourth quarter to remain under pressure by “significant headwinds in sales deleveraging impact, rising commodity prices, and wage inflation.”

The restaurant operator in September warned investors that its profits in the third quarter may take a hit, as the outbreak of the delta variant led to restaurant closures and sharply reduced sales.

More than 500 of its restaurants in 17 provinces were closed or offered only takeout and delivery services at the peak of the outbreak in August, leading to a year-on-year decrease of about 20% in same-store sales, according to its statement in September.