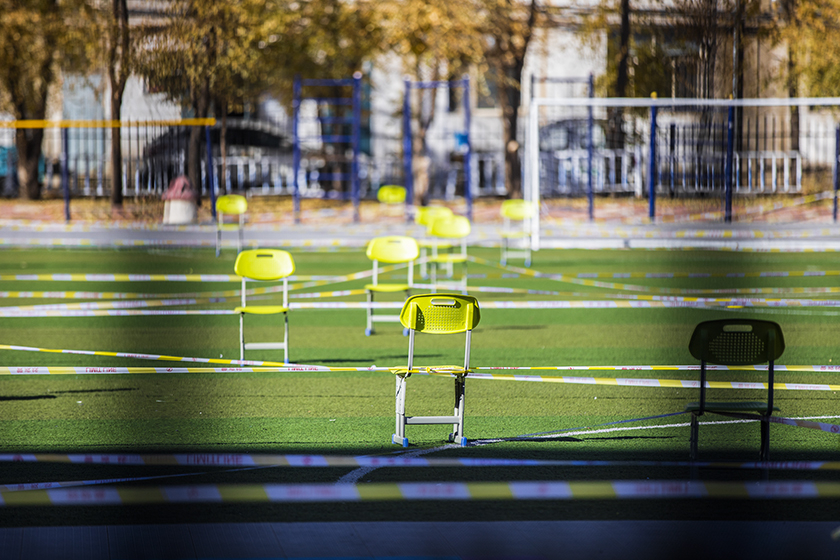 Chairs and cordon are set at a Covid-19 testing point Thursday in Heihe, Northeast China’s Heilongjiang province. The city has conducted over five rounds of mass tests in its over 120 testing points since one positive case was confirmed in Aihui district on Oct. 27. Photo: VCG 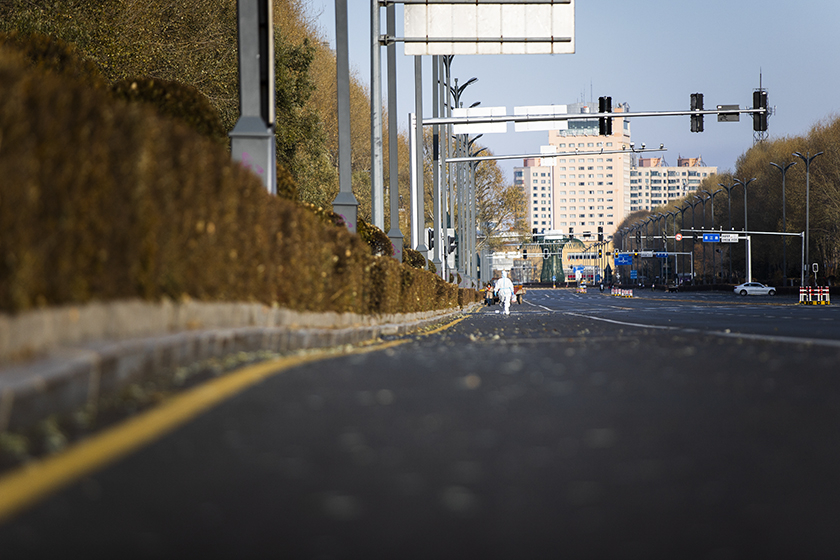 A volunteer walks on an empty street in Heihe to send commodities to quarantined residents on Friday. Over 10,000 people have participated in the city’s current infection control activities. Photo: VCG 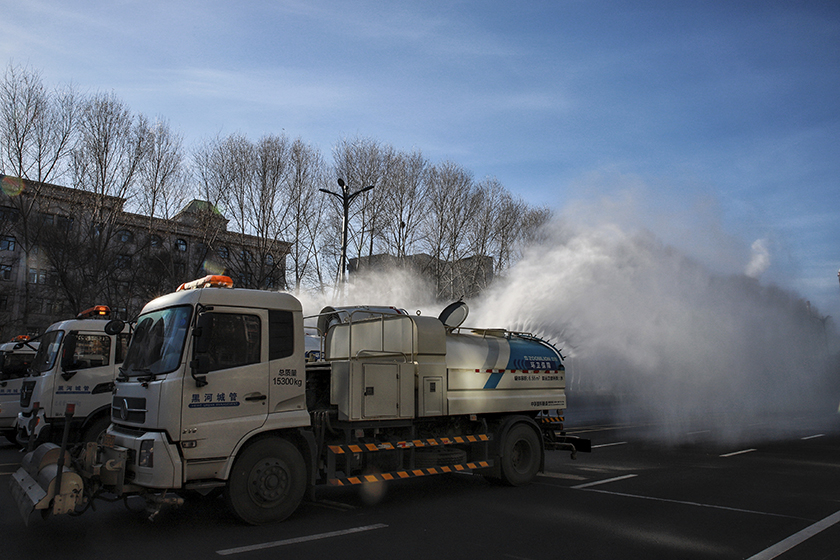 Trucks with mist cannons drive side by side Tuesday to spray disinfectant on a street in Heihe. Photo: Li Jiangmin/China News Service, VCG 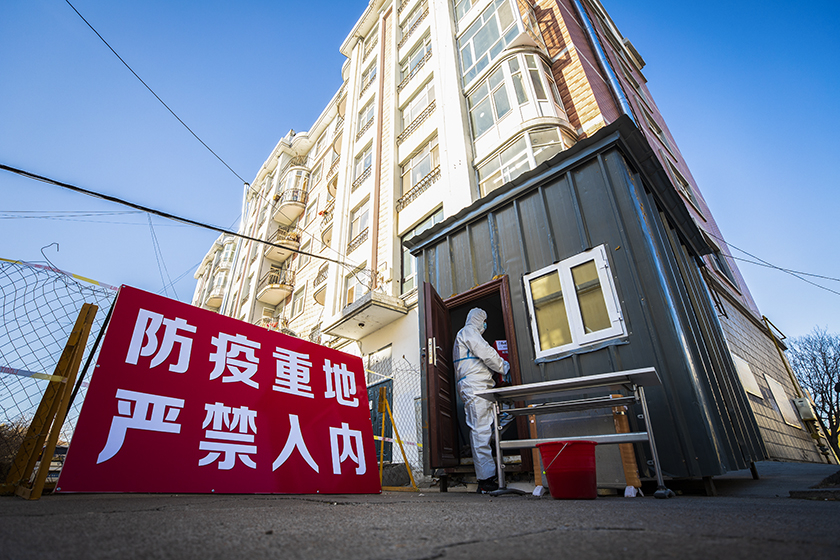 A volunteer carries supplies to a checkpoint of a closed community in Heihe on Thursday. Heilongjiang confirmed 35 local cases Tuesday, all in Heihe. Photo: VCG 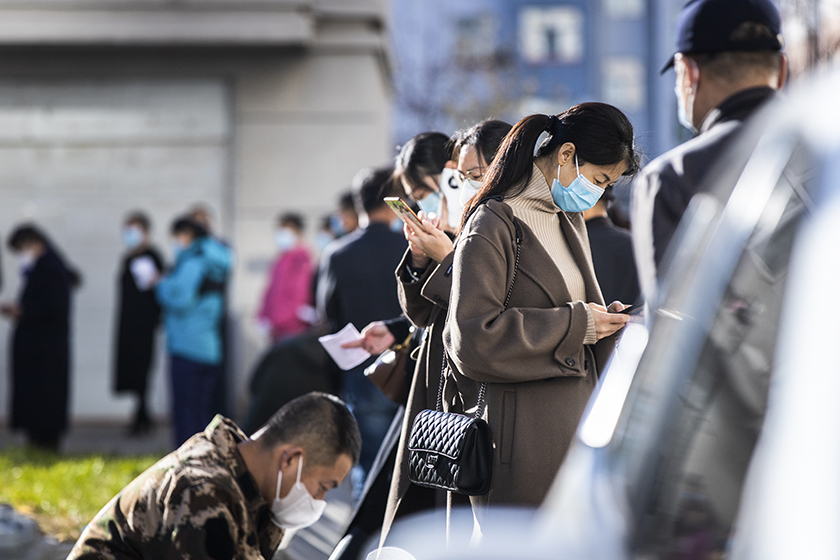 Residents use their phones while waiting to get nucleic acid tests Thursday in Heihe. Over 15 communities are listed as Covid-19 risk areas in Aihui district of the city. Photo: VCG 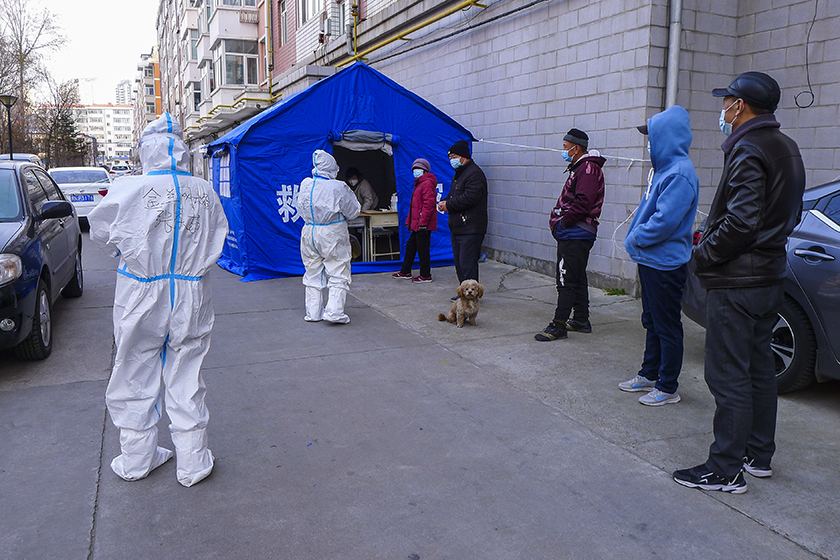 Residents line up to get the nucleic acid test Saturday in Aihui district of Heihe. Photo: VCG 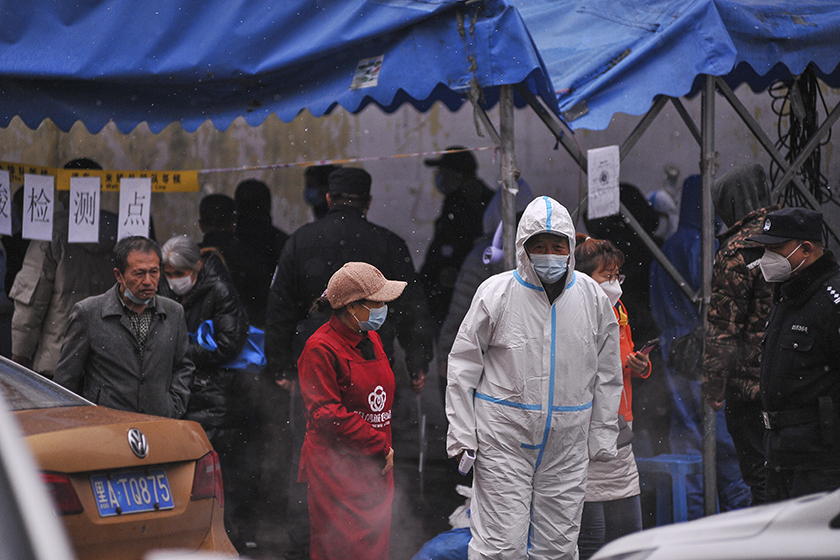 A worker standing in the snow guides residents in front of a mass testing point in Harbin, Northeast China’s Heilongjiang province, on Sunday. The city reported one asymptomatic case on Tuesday. Photo: VCG 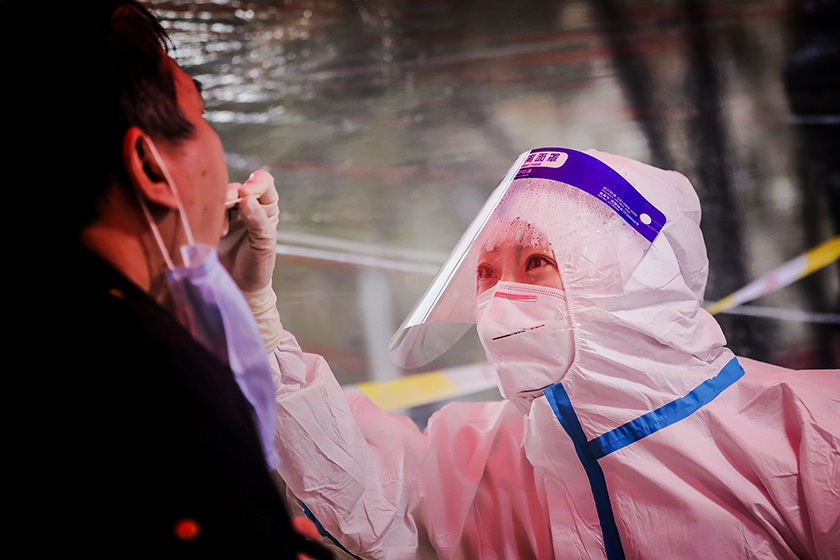 A medical worker performs a Covid-19 test for a resident Sunday in Harbin. Photo: VCG 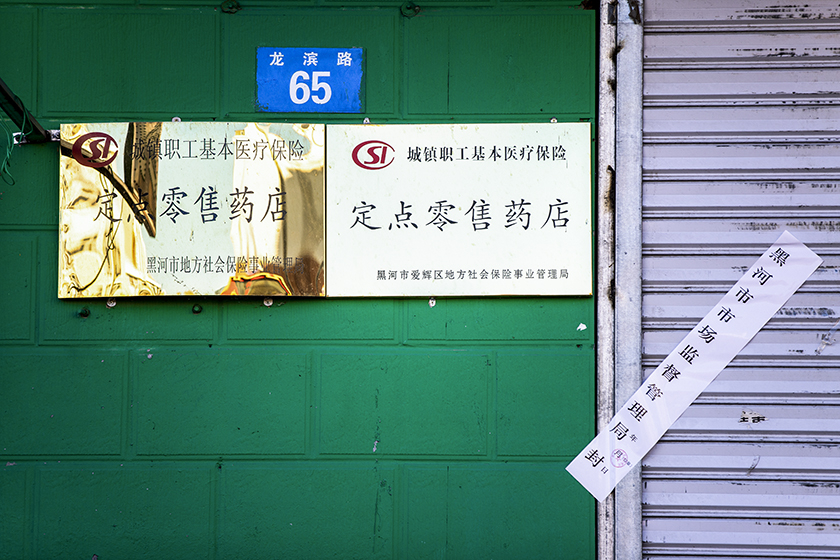 A drugstore is seen locked down Thursday in Heihe. In Heilongjiang, drugstores were asked to record customers’ names when selling Covid-19-related medicines, guide people suspected of being infected to take the test, and report suspected cases. The province has inspected over 10,000 drugstores and shut down hundreds of problematic ones since Oct. 25. Photo: VCG 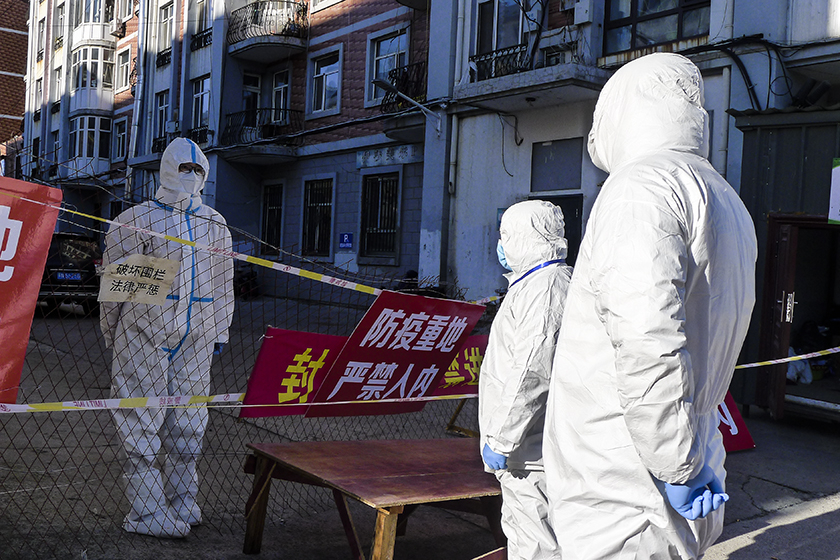 Volunteers stand by at a checkpoint of a curbed community Sunday in Heihe. Photo: The Paper 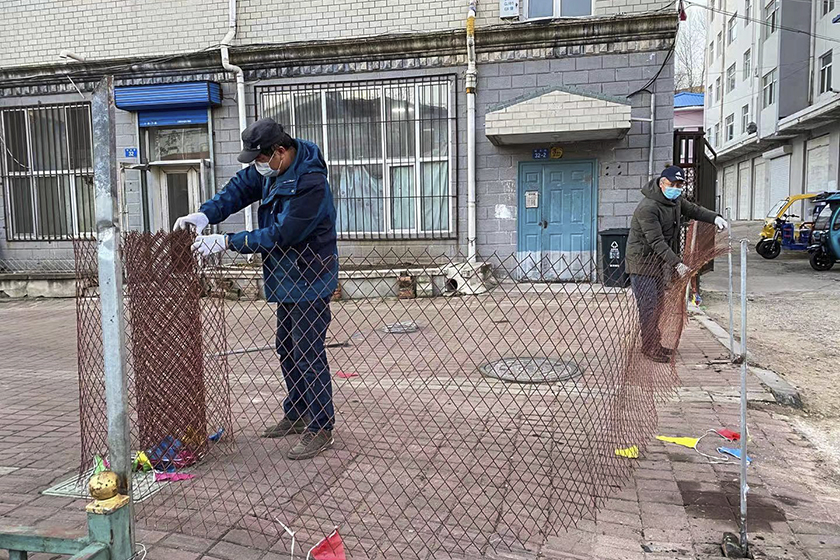 Workers set up a fence Thursday to lock down a community in Heihe. Photo: The Paper 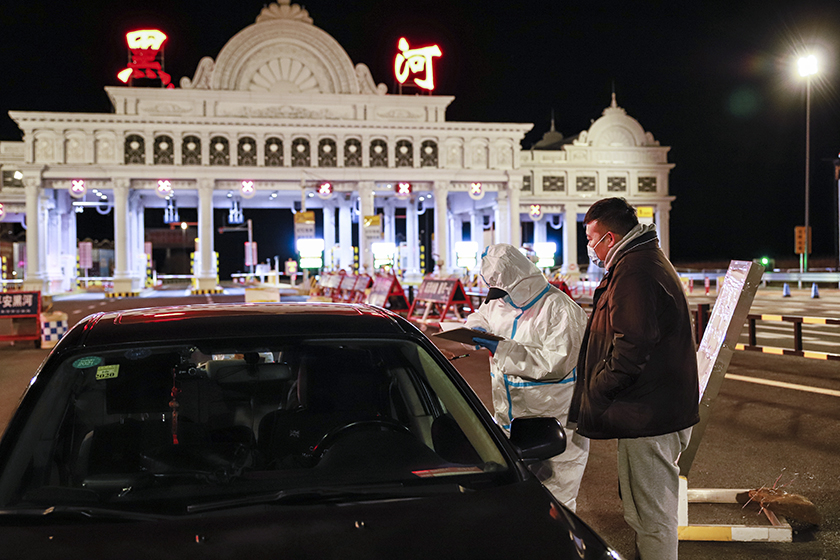 A worker inspects a passenger’s information at a highway checkpoint in Heihe on Saturday. Photo: Li Jiangmin/China News Service, VCG 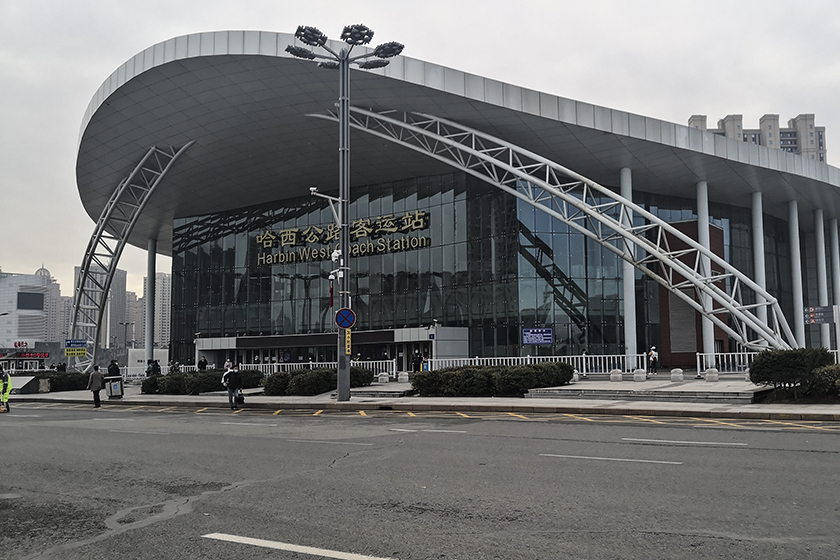