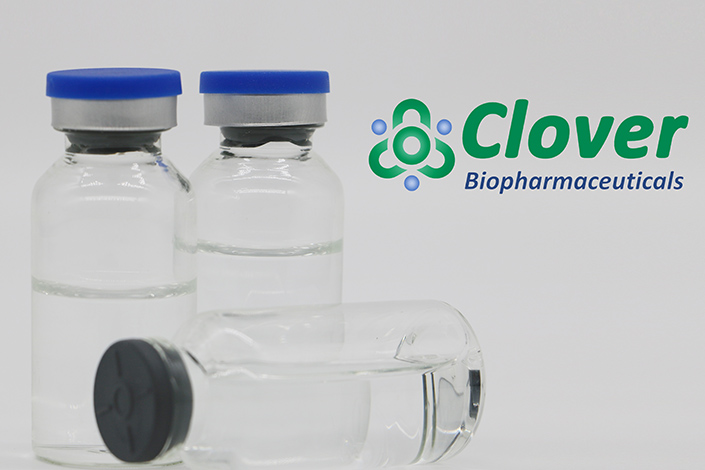 Clover is set to raise $240.26 million through the public offering of 13% of its share capital. Photo: VCG

(Nikkei Asia) — China’s Clover Biopharmaceuticals is set to debut on the Stock Exchange of Hong Kong on Friday as it races to win regulatory approval and begin shipments of its Covid-19 vaccine.

Though founded in 2007, Chengdu-based Clover has yet to generate any operating revenue. Development of its Covid vaccine was financed by a grant worth up to $360.5 million from the Coalition for Epidemic Preparedness Innovations (CEPI), the disease research funding group set up by the Gates Foundation, Japan, the EU and other governments.

Clover’s launch customer will be GAVI, the global vaccine alliance, which contracted in June to purchase 64 million doses of its vaccine, with an option to buy another 350 million doses next year, for distribution through the COVAX program for developing countries. GAVI has prepaid $160 million to Clover.

Clover is set to raise 1.87 billion Hong Kong dollars ($240.26 million) through the public offering of 13% of its share capital, with Singapore’s Temasek, China’s Hillhouse Capital and seven other fund managers taking up over half of the sale shares as cornerstone investors.

Clover previously raised $316 million from Temasek, Hillhouse and other investors through five private funding rounds, with its valuation reaching $930 million in the final private round in February, according to the company’s offering prospectus.

The initial public offering has been priced at HK$13.38 a share, toward the upper end of the marketed range. This gives the company an initial market capitalization of $1.99 billion.

Shifara Samsudeen, an analyst with LightStream Research in Sri Lanka who publishes on the SmartKarma platform, projects the company will generate $496.6 million of revenue next year and $869.1 million in 2023, almost all from the GAVI contract.

Clover’s two-dose Covid vaccine, called SCB-2019, is based on a technology similar to that of Novavax, a U.S. company whose formulation was granted emergency authorization by Indonesia earlier this week.

Both vaccines are based around a protein that resembles the “spike” on the Covid-19 virus that enables it to bind to body cells. The injection of the vaccines prompts the body to recognize the spike and develop antibodies that can fight such particles.

Production of protein-based vaccines is comparatively easy to do at large scale and the vaccines can be stored for extended periods at room temperature or in a normal refrigerator, unlike vaccines such as that of Pfizer/BioNTech, which require deep cooling.

Taiwan’s Medigen Vaccine Biologics also makes a protein-based Covid vaccine which has been used in the island’s vaccination program.

Chinese regulators previously gave emergency authorization for a protein-based vaccine developed by the Chinese Academy of Sciences’ Institute of Microbiology and Anhui Zhifei Longcom Biopharmaceutical. Their vaccine has also been approved by Indonesia and Uzbekistan.

Clover and CEPI announced in September that the company’s vaccine had shown an overall efficacy rate of 67.2% against Covid -19 in a 15-week trial involving 30,000 adults in Belgium, Brazil, Colombia, the Philippines and South Africa. SCB-2019 was even more effective against the delta variant, with 78.7% efficacy.

No one who received the vaccine suffered a severe Covid infection or was hospitalized due to Covid, according to Clover and CEPI.

Pointing to the trial results, CEPI Chief Executive Richard Hatchett said then that SCB-2019 “will be a crucial addition to our weaponry in the fight against Covid-19.”

According to CEPI’s website, Clover was originally chosen as a partner after applying to the group’s Covid program partly out of a desire to support different kinds of vaccines but also because the company had impressed CEPI with the rapidity of its work on SCB-2019, its production technology and its capacity to scale up output quickly, despite its lack of a previous track record in making vaccines.

“Within a month of the virus sequence becoming available in January 2020, scientists at Clover had produced a vaccine candidate ready for testing,” CEPI said. It added that Clover’s technology also potentially “can be quickly adapted to respond to known viruses, such as HIV and flu.”

“By building on technological innovations... like that of Clover, CEPI aims to significantly reduce global vulnerability to emerging infectious diseases and rapidly speeding up vaccine development timelines.”

Clover is seeking approval for SCB-2019 from drug regulators in China and the EU, as well as from the World Health Organization so that it can begin shipping vaccine doses for COVAX distribution by year-end.

The company says its factory in the eastern city of Changxing “will potentially be able to produce more than 1 billion doses of antigen for SCB-2019 annually at peak capacity.” It produces its proteins in Chinese hamster ovary cells.

Clover, founded by biochemist Liang Peng and run by his son Joshua as chief executive, plans to use 87.5% of its IPO proceeds for research, development, manufacturing and commercialization of its products, which also include a drug for treating rheumatoid arthritis which is now in its final phase of trials in China.

Fifteen years before Clover, Liang set up GenHunter in the U.S. state of Tennessee where he was teaching cancer biology. The company developed the technology platform Clover now uses to develop its drugs, called Trimer-Tag.

LightStream’s Samsudeen and Arun George, an analyst with Global Equity Research who also publishes on SmartKarma, both see Clover’s starting price as attractive for investors, with George valuing the company at $2.35 billion and Samsudeen putting its implied target price at HK$14.96 a share.