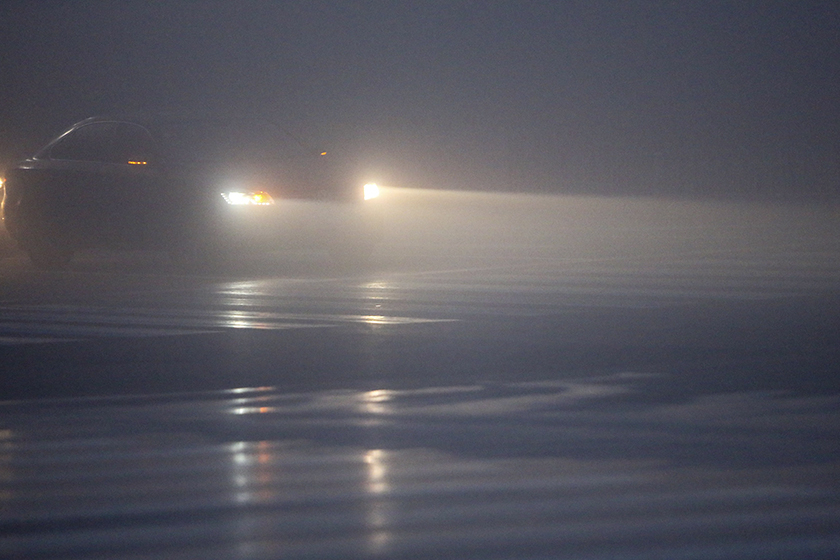 A car drives through thick fog Wednesday in Jize county of Handan, North China’s Hebei province. Heavy fog has hit multiple parts of Hebei, bringing down visibility in some areas to less than 20 meters since Tuesday. Photo: VCG 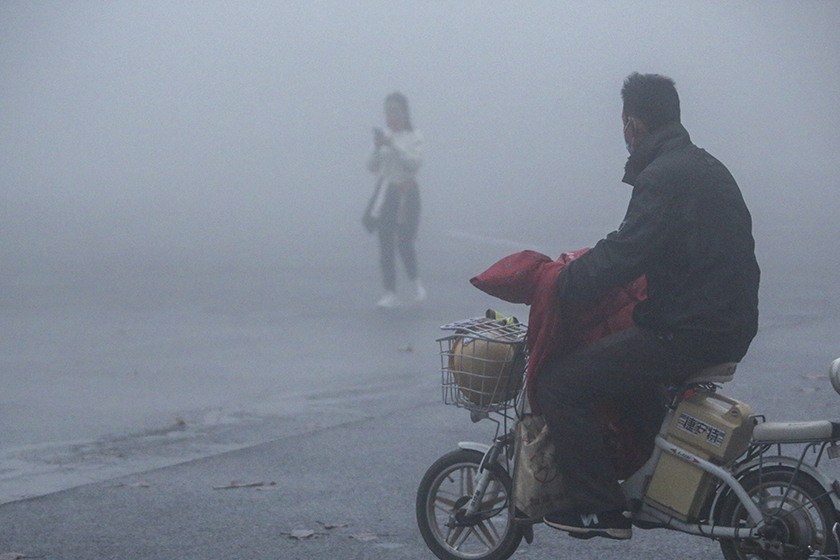 Residents pass through a street in the fog Wednesday in Jize county of Handan. Some highways in Hebei province are under traffic control due to the weather. Photo: VCG 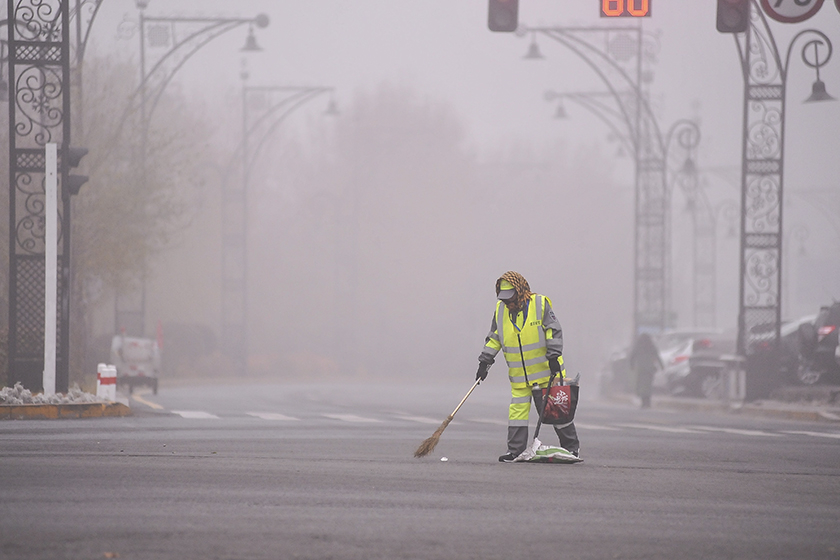 A sanitation worker cleans a street under the fog Thursday in Harbin, Northeast China’s Heilongjiang province. The fog has covered over 15 places across Heilongjiang since Wednesday. Photo: VCG 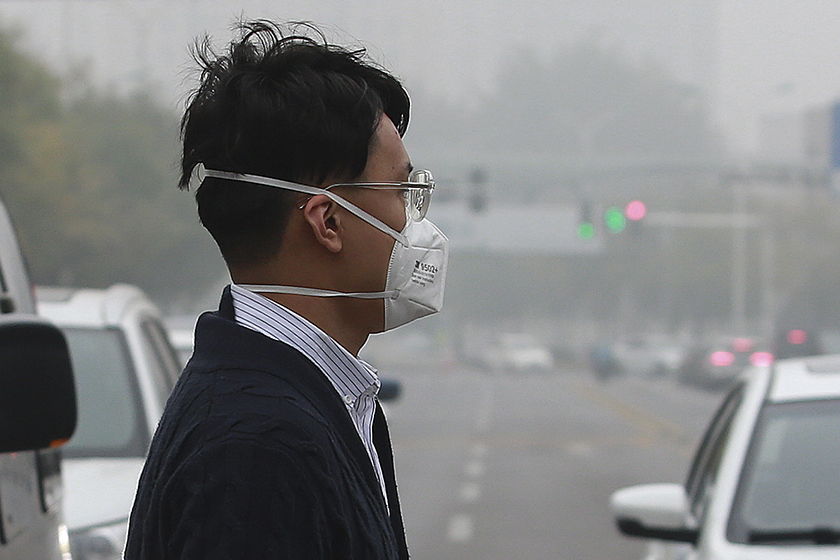 A resident wearing a mask stands on a street under the fog in North China’s Tianjin municipality on Wednesday, the day the city issued a yellow alert, the lowest on the county’s three-level system, for air pollution. Photo: IC Photo 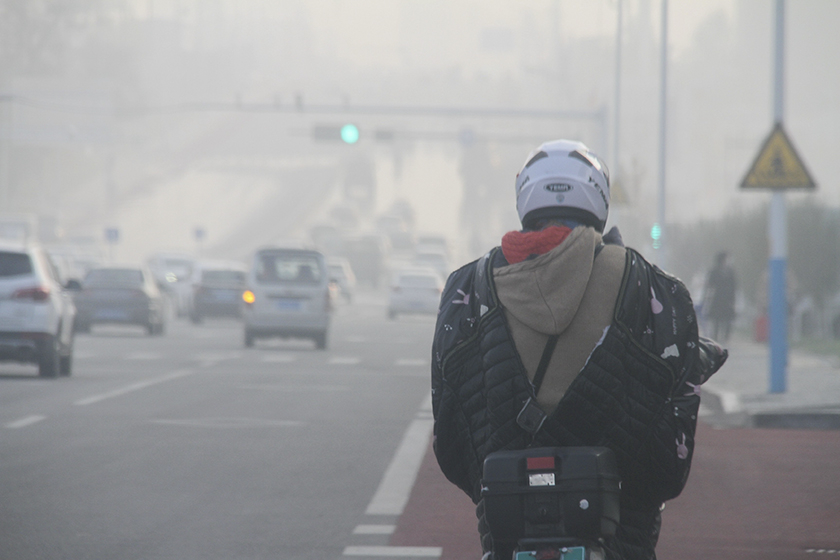 A resident rides a scooter Thursday morning in the fog in Weihai, East China’s Shandong province. The fog has reduced the visibility to less than 200 meters in cities like Heze and Liaocheng. Photo: VCG 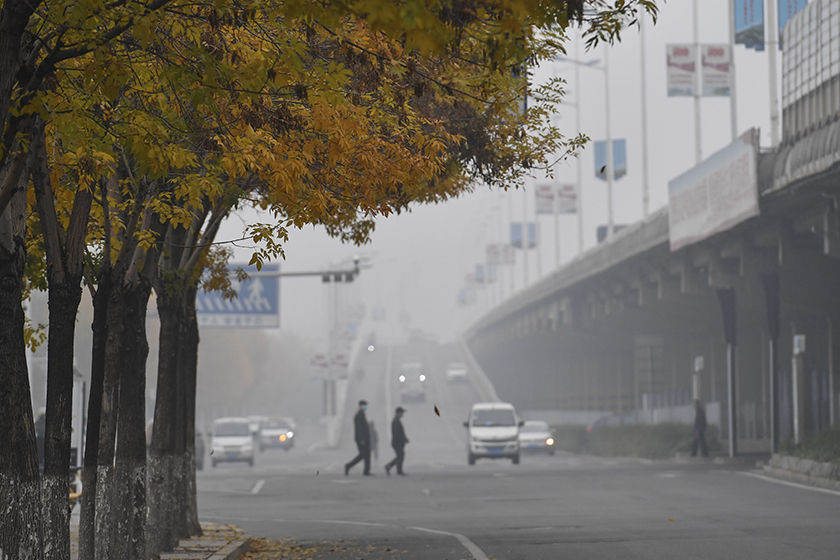 Residents cross a street under the fog in Tianjin on Wednesday. The fog is expected to last until Saturday afternoon, according to the National Meteorological Center. Photo: IC Photo 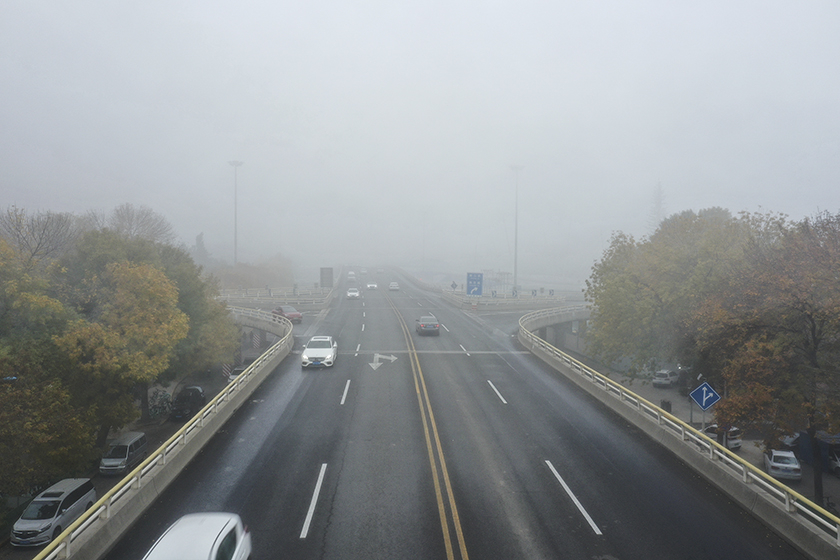 Traffic on a viaduct in Nankai district of Tianjin has been reduced Wednesday due to the fog. Photo: VCG 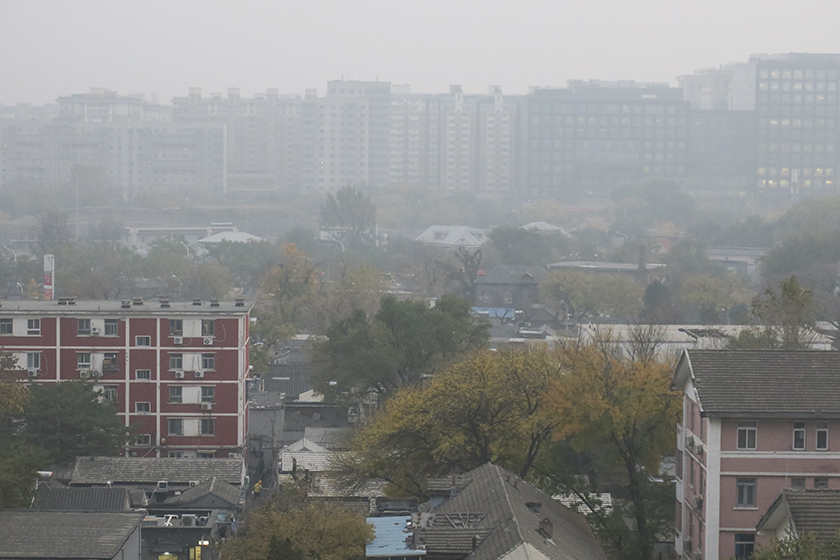 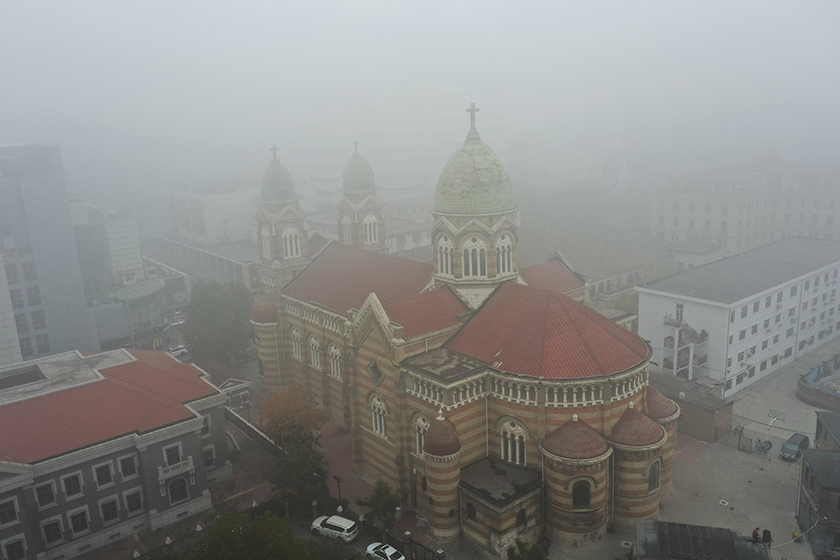 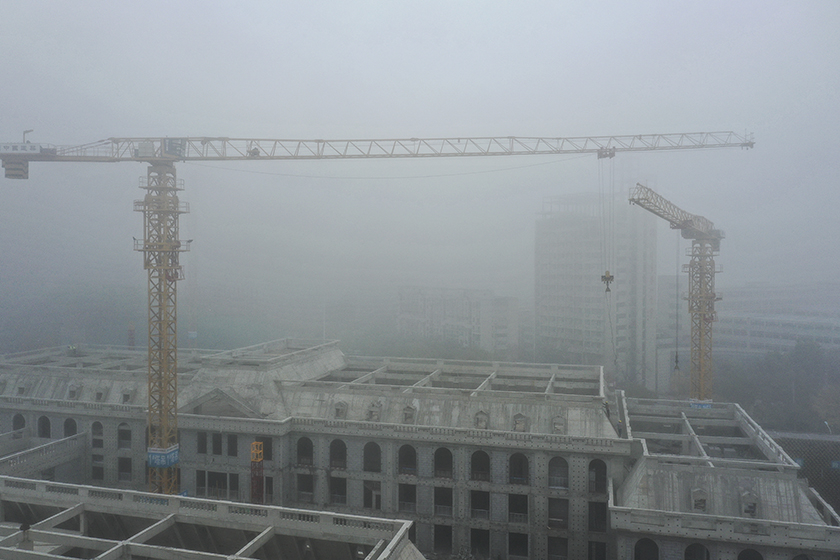 A construction site in Tianjin suspends operation Wednesday due to the fog. Photo: VCG 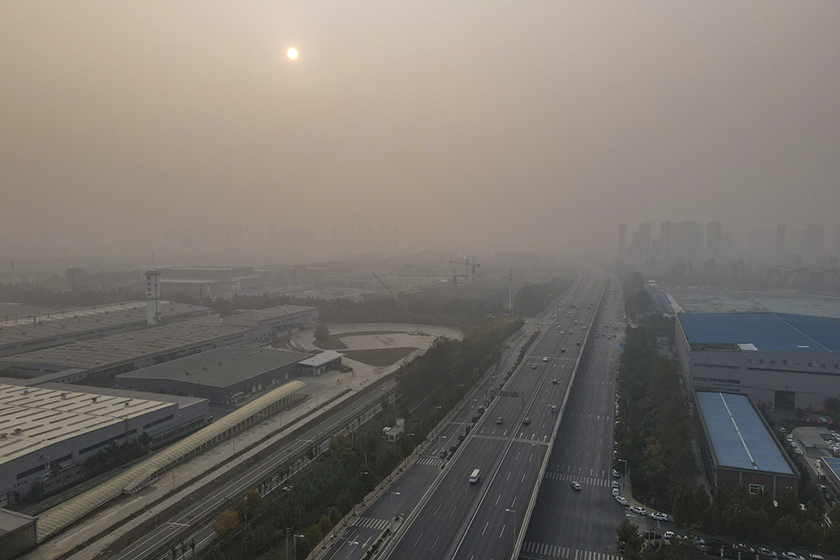