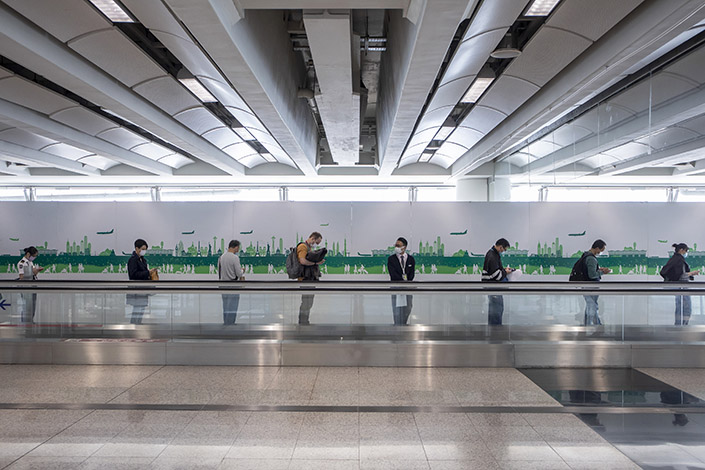 Hong Kong may see a “large scale” reopening of its border with Chinese mainland as early as February, Chief Executive Carrie Lam said, as the city has brought its Covid-19 pandemic under control.

Lam delivered her thoughts at a Friday forum on the development of the Guangdong-Hong Kong-Macao Greater Bay Area. She said she expects to hold more major events after the quarantine-free travel resumes between the two sides.

All sectors of Hong Kong society are “eagerly looking forward” to traveling to mainland without going through quarantine, Lam said, adding that exchanges between experts from the two sides have made “good progress” and that she hoped to bring some good news soon.

A day earlier, a spokesperson for the State Council’s Hong Kong and Macao Affairs Office said the work of resuming normal travel between Hong Kong and Chinese mainland is progressing in an orderly manner, noting that the city has “dynamically” achieved its goal of “zero infections” thanks to its improved anti-Covid measures.

The spokesperson said the Hong Kong government will continue to strengthen epidemic control measures to ensure the resumption won’t bring any additional Covid-19 risk to the Chinese mainland.

Since February last year, Hong Kong has imposed strict travel restrictions due to the global pandemic. Mainland residents who want to enter the special administrative region have to complete a 14-day mandatory quarantine upon arrival, and up to 21 days when they get back to the mainland.

Hong Kong has made reopening its border with the mainland a top priority. The city has eased travel curbs on some mainland and Macao residents since Sept. 15.

On Thursday, a Chinese health official was quoted by South China Morning Post as saying that Hong Kong travelers could be allowed to visit mainland as early as this December, but only as far as the neighboring province of Guangdong.

This story’s deckhead has been replaced to correct inaccuracies in the original.