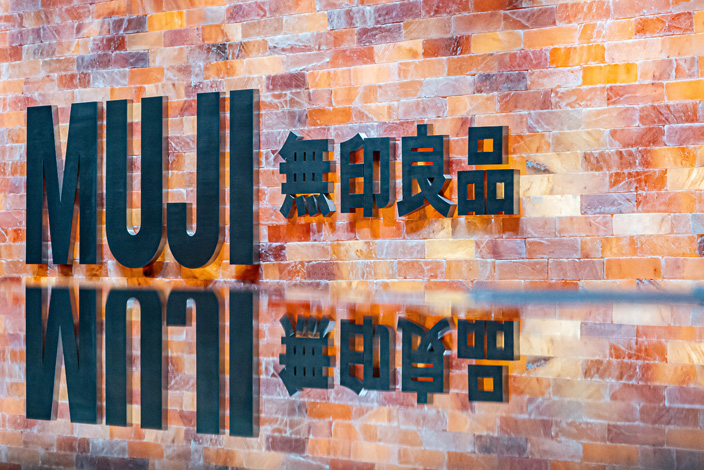 China is one of Muji’s most valued markets. Photo: VCG

Japanese retail powerhouse Muji has lost its latest in a string of legal cases against a Beijing-based textiles company with an uncannily similar logo.

Muji owes Beijing Cottonfield Textile Co. Ltd. a total of 400,000 yuan ($62,530) in expenses and economic losses after it lost a case of commercial defamation brought by the firm, according to a court decision (link in Chinese) disclosed on Thursday.

Muji Shanghai Co. Ltd. and its Japanese parent company Ryohin Keikaku Co. Ltd. were accused of defamation after posting written announcements in its online and offline stores saying that “another company” was “trademark squatting” on some of its trademark rights in China.

Cottonfield argued the wording misled the public by imputing that its textile products were counterfeit, when the firm had in fact filed for the trademark half a decade before the Japanese brand officially entered the China market in 2005.

The fact Muji had not directly named Cottonfield did not prevent Chief Justice Cui Shulei of Chaoyang District People’s Court from agreeing. That’s because Muji’s posts coincided with its loss of a previous case where it had done so.

Muji (無印良品) has operated in Japan since the 1980s, where it has trademark rights for all kinds of consumer homewares, textiles and other products. But in 2000, Cottonfield acquired a trademark for that name in simplified Chinese (无印良品) — specifically for textile products under Class 24 of the trademark registration classifications — according to the court file.

In April 2015, Cottonfield and another company with the same owner, Beijing Wuyinliangpin Investment Co. Ltd., sued Ryohin Keikaku and Muji Shanghai for trademark infringement because they put the logo “無印良品” on textile products including blankets, bedspreads, bath towels, and quilts. Wuyinliangpin is the pronunciation of the trademark, both in traditional and simplified Chinese.

The Beijing Intellectual Property Court (link in Chinese) ruled in favor of the two Beijing-based firms in 2017, and the defendants were told to pay more than 400,000 yuan and issue a public apology to “clear the negative impact to the plaintiffs.” It was also ruled that Muji could not print its four-character logo on its textile products that belong to Class 24 for sale in China.

The Supreme People’s Court in Beijing upheld the 2019 ruling after Ryohin Keikaku and Muji Shanghai appealed against it. This case illustrates how foreign firms continue to run afoul of China's first-to-file patent system.

China is one of Muji’s most valued markets. Its parent company’s latest annual statement shows that the company has opened 275 stores in mainland China, accounting for over half of its total overseas stores, as of August 2020. In its third-quarter financial statement, Ryohin Keikaku also attributed the increased sales and profits to “solid business performance in China” and its “recovery from the previous years’ impact of the COVID-19 epidemic.”

The company also announced in July that it plans to open 50 new outlets in China annually, starting from the fiscal year ending August 2024.