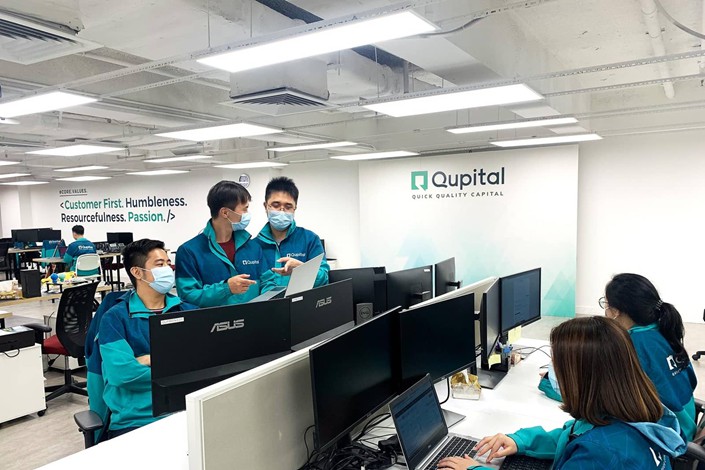 Hong Kong-based Qupital already has a presence in the Chinese cities of Shanghai, Shenzhen, Hangzhou, Fuzhou and Guangzhou. Photo: Qupital

“We have two models,” said Andy Chan, the 30-year-old co-founder and president of Qupital. “One is the platform model where we matchmake different lenders and borrowers. Then we have our own special purpose vehicle, which we set up with Citigroup and is managed and operated by us, where Citi is the senior lender and the SPV lends to these merchants.”

“We are definitely on the path to becoming a unicorn,” said Chan, referring to a startup valued at $1 billion or more. “This fundraising allows us, along with the credit facility with Citi, to scale very rapidly the next two to three years both across greater China and internationally.”

The company previously raised $20 million across six funding rounds since its founding in 2016. CreditEase, a once-pioneering Chinese peer-to-peer lending platform which diversified into other financial services amid Beijing’s P2P crackdown, invested earlier in Qupital.

Qupital, which already has a presence in the Chinese cities of Shanghai, Shenzhen, Hangzhou, Fuzhou and Guangzhou, will use the new funding to expand to Beijing and other cities, with an eye toward tripling its staffing to 150 by the end of 2022.

The startup requires loan applicants to have or set up a Hong Kong affiliate as well as generate monthly revenue of at least $50,000 through sales on Amazon.com, eBay, Shopee or Alibaba’s Southeast Asia-focused Lazada platform. It has so far arranged $500 million in loans to some 7,000 merchants.

While Amazon is reported to have purged around 3,000 Chinese vendors in recent months for fabricating product reviews, Chan said this affected only “a small minority” of Qupital’s portfolio.

“Our default rate has not been affected at all,” he said.

On the other hand, Qupital has gotten a boost from China’s moves to crack down on Alibaba-affiliate Ant Group and other online lending platforms.

Chan said several Chinese platforms previously active in arranging online loans have begun to phase out their business, instead referring clients to Qupital in exchange for a share of the resulting revenue.