Tencent Sales Grow at Slowest Pace Since 2004 as Crackdown Hits 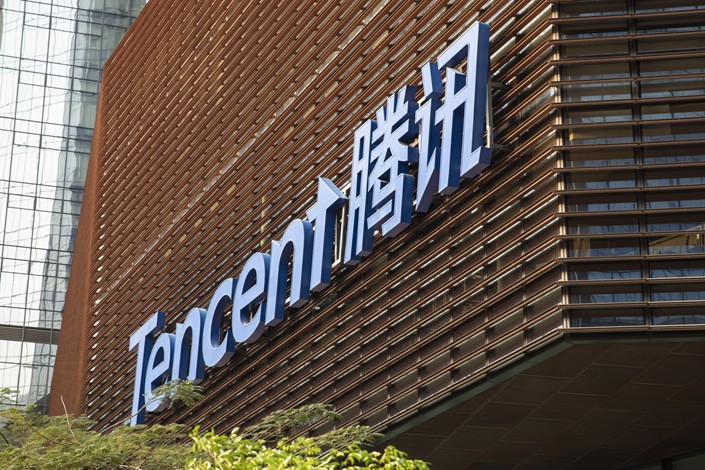 Sales rose to 142.4 billion yuan ($22.3 billion) for the three months ended September, missing the 145.4 billion yuan average forecast, according to a filing Thursday. Growth decelerated for a sixth straight quarter and reached the slowest pace since Tencent went public in 2004. Net income was 39.5 billion yuan, compared with the 32.6 billion yuan projected.

China’s largest company is making a deeper foray into enterprise software and advanced technologies after Beijing’s yearlong crackdown on the consumer internet arena. Last week, the WeChat owner pledged $3 billion worth of resources over the next three years to its cloud business partners and unveiled its first self-made chips for use cases like search and video-transcoding.

Tencent’s outsized influence in the world’s No. 2 economy has left it vulnerable as Beijing’s scrutiny quickly engulfed everything from finance to education and online entertainment. Among the deadliest blows were July’s tutoring purge that decimated a key source of ad revenue and a cap on kids’ gaming time announced the following month.

While stricter limits on the amount of time children can play video games have had a negligible impact on Tencent’s gaming revenue, regulators have also refrained from apporving any new releases since July as they scrutinize applications more carefully. The slowdown has revived painful memories of a 10-month freeze on game monetization licenses in 2018, which helped to wipe $200 billion off Tencent’s market value at the time.

The gaming curb has also likely hit Tencent’s ad revenue as compulsory ID checks designed to filter out minors kept adults from playing some games, said Nomura analysts led by Jialong Shi. “This extra step has turned out to be detrimental to those Candy Crush type of casual games,” they wrote in a note before the results. “These casual games are not only ad spenders themselves, but also contribute ad inventories to the mobile ad networks run by big platforms like ByteDance and Tencent.”

For now, Tencent’s enduring hits like Honor of Kings continue to be its biggest gaming cash cows as it seeks new growth drivers. Fully-owned Riot Games Inc. may offer the greatest potential: its long-anticipated League of Legends mobile game finally debuted in China last month and the franchise’s e-sports tournament and new anime series drew hundreds of millions of views for Tencent and its affiliates over the past weekend.

After kicking off a year ago, China’s tech crackdown has left several unresolved issues including data security, the restructuring of fintech operations, and the opening up of walled-off internet platforms. Tencent and arch-foe Alibaba Group Holding Ltd. have taken initial steps to open their platforms to each other’s services, while the country’s tech-industry overseer is said to be considering forcing WeChat to make its social articles displayable on search engines like Baidu Inc.’s, Bloomberg News reported last month.

Shares of Tencent surged 4.2% on Wednesday before the results, paring losses for the year to 14%.