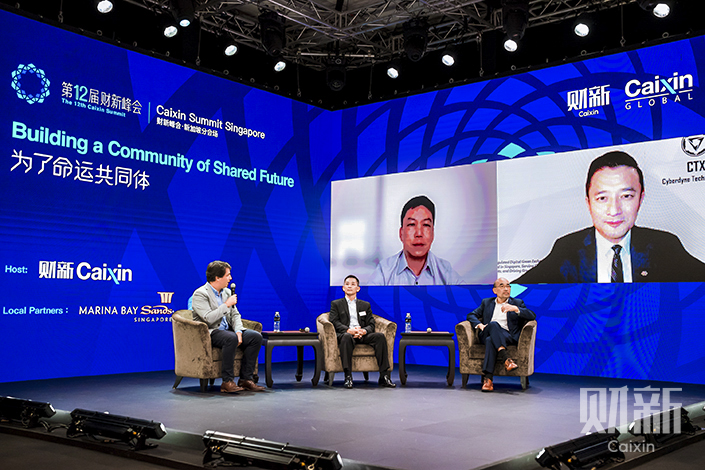 Getting more cash for sustainable infrastructure development to flow into emerging markets is one of the most pressing demands in Asia’s green movement, experts told the 12th Caixin Summit on Friday.

Floods of investments are primarily going toward advanced economies, leaving out emerging markets, said Lim Wee Seng — global head of energy, renewables and infrastructure at DBS Bank — at the summit.

Out of the $600 billion in sustainable finance bonds issuance last year, only one-sixth went “where it’s needed the most,” Lim told a panel in Singapore. “The need of emerging markets and developing economies for green debt and sustainable debt is a lot higher.”

That figure was itself a six-fold increase from 2016, he said. “You do see this money looking for a home, and currently it’s still looking at advanced economies.”

There has been a resurgence of traditional sources of power such as coal and gas — stemming in part from pandemic pressure, lack of rainfall in Brazil and a squeeze in wind resources in Europe — contributing to “transitional pains” in reaching net-zero carbon emissions, according to Wong Kim Yin, CEO of Singapore-based Sembcorp Industries Ltd.

The energy and urban development company on Friday announced it would acquire a 98% stake in a portfolio of Chinese operational wind and solar photovoltaic assets in China for 3.3 billion yuan ($516 million).

In July, China announced a plan to increase its new-generation energy storage capacity to more than 30 gigawatts by 2025, about eightfold the figure at the end of 2020. The proposal signals strong backing for the planned expansions of solar and wind power generation.

“This current wave of green development has one significant difference: It’s an intertwined effort by green products such as solar panels, wind turbines, and digital technologies such as Internet of Things, artificial intelligence and blockchains,” said Bai Bo, who is also the founder of Asia Green Fund, a green impact private equity fund.

As for transportation, one of the most critical factors, Daniel Huang, founder and CEO of Immotor Technology Co., operator of one of China’s largest battery exchange networks for electric scooters, said progress has been made by the company in incorporating distributed power storage, distributed solar panels and battery swapping stations into an end-to-end solar and storage product, in hopes that the improved infrastructure could boost the popularity of electric vehicles.

The transportation industry contributed 9.1% of China’s total carbon emissions in 2019, and the country has set a goal for new-energy vehicles to make up 20% of domestic new car sales by 2025.

Asia-Pacific countries were responsible for 52% of global carbon dioxide emissions last year, according to the annual edition of BP’s Statistical Review of World Energy released in July.

China alone emitted 9.9 billion tons of carbon dioxide, accounting for 59% of the region’s emissions, followed by India at 2.3 billion tons and Japan at 1 billion tons, data from the report showed.

In September 2020, President Xi Jinping made a commitment that China will achieve peak carbon dioxide emissions before 2030 and become carbon neutral before 2060. The so-called “dual carbon” goals, sometimes referred to as the 30-60 targets, are one of the priorities influencing the central government’s development strategies.

Last month, the Communist Party’s Central Committee and the State Council released working guidance for the carbon reduction drive, laying out detailed plans for specific sectors of the economy.