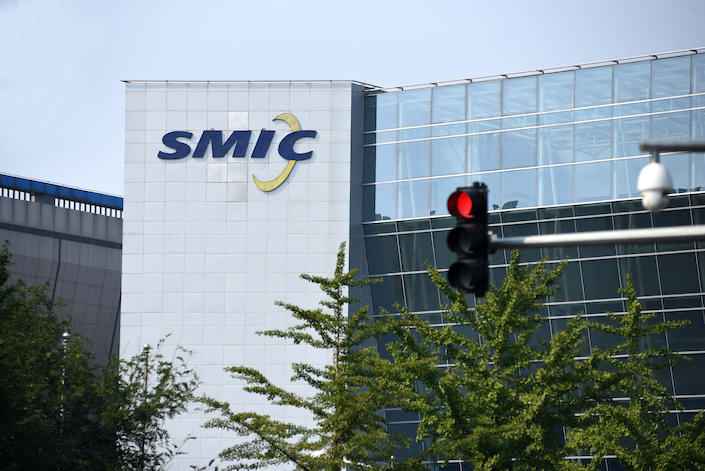 SMIC reported that revenue climbed 31% to $1.42 billion in the three months ended in September, beating the $1.39 billion average of analysts’ forecasts

Chiang, who is in his mid-70s, left the Shanghai-based company to spend more time with his family, according to a company filing Thursday. The chip industry veteran joined SMIC in December last year after helping turn Taiwan Semiconductor Manufacturing Corp. into the world’s most influential contract chip manufacturer more than a decade ago.

SMIC also reported that revenue climbed 31% to $1.42 billion in the three months ended in September, beating the $1.39 billion average of analysts’ forecasts. Profit was $321.4 million in the same period, also topping estimates. Revenue for the fourth quarter will increase 11%–13% from the previous three months, the company said in a separate filing.

Chiang’s resignation marks the latest management upheaval at SMIC, which is considered Beijing’s best hope at making advanced chips to counter ongoing sanctions by the U.S. In September, Chairman Zhou Zixue stepped down for health reasons, while co-Chief Executive Officer Liang Mong Song threatened to quit in late 2020 after learning Chiang would join as vice chairman.

Both Liang and Chiang are among the industry’s top developers but represent different technology paths. Liang later stayed after rounds of negotiations. He’s stepping down as an executive director but will continue to serve as co-CEO, SMIC said Thursday.

To satisfy China’s demand for home-made chips, SMIC has been expanding its capacity with an $8.87 billion new plant in Shanghai as well as a $2.35 billion factory in Shenzhen. It is the most capable chipmaker in China in terms of capacity and technical know-how, but the company has been unable to buy key machinery from overseas suppliers including ASML Holding NV after it was blacklisted by the Trump administration.