By He Shujing, Luo Guoping and Yang Ge 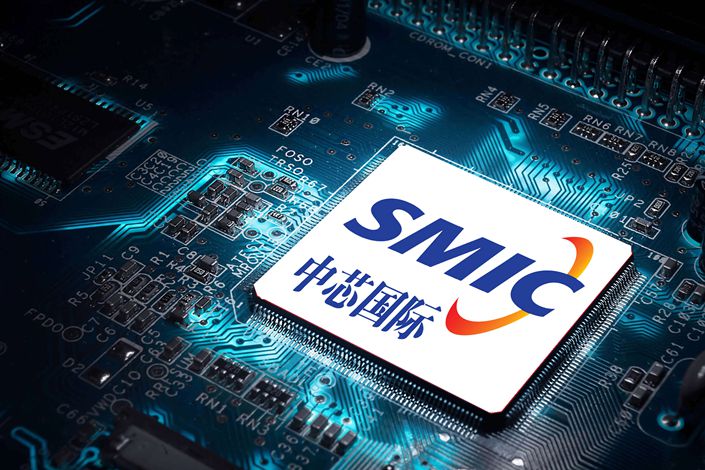 One was a fatherly mentor figure, the other a brash wunderkind.

This tale of two industry veterans, whose clash at the top of Semiconductor Manufacturing International Corp. (SMIC) made headlines earlier this month, could well summarize the difficult situation China’s leading microchip-maker faces as it stands at a crossroads in its brief history.

Founded just 20 years ago, SMIC had once hoped to become one of the world’s leading chipmakers, alongside names like American giants Intel and Nvidia, and South Korea’s Samsung. But an onslaught of U.S. sanctions this year has suddenly made continuing down that road look futile due to the company’s heavy dependence on American materials and equipment.

While the company has yet to declare a new way forward, a future using older, more widely available technologies looks all but certain, according to industry analysts. But finding such a path is hardly an ambition for the kind of up-and-comer SMIC once was, and won’t help it attract the kind of talent needed to become a global player.

The drama began when Chiang Shang-yi, 74, a former high-ranking SMIC employee who had left three years ago to lead a major new chip startup, returned to his former employer at the invitation of the company’s board to become vice chairman. That led to the abrupt resignation of Liang Mong Song, one of SMIC’s two co-CEOs, who suddenly found himself No. 3 in the pecking order, behind the company’s Chairman Zhou Zixue and the newly-installed Liang.

Both Chiang and Liang are industry veterans known for their technological prowess, including long tenures at leading global chipmaker Taiwan Manufacturing Semiconductor Co. Ltd., numerous sources told Caixin. But the similarities end there, with the pair known for distinctly different personal styles.

While Chiang was considered more of a nurturing figure, earning him the nickname “Papa Chiang,” Liang was considered more of a prodigy researcher. Accordingly, Chiang was seen as someone who could take SMIC in a new direction under its unusual circumstances. By comparison, Liang was seen as a consummate and sometimes stubborn and impulsive scientist who always wanted to be at the cutting edge.

“Chiang was very capable with lots of experience. And SMIC was all at once in need of strengthening, so Chiang could provide more than ample help in that way,” a former SMIC worker told Caixin. “At the very least, Chiang’s management ability had been proven at TSMC.”

Chiang is a 45-year industry veteran, including 16 years at TSMC where he served as chief technology officer. He came to SMIC in 2016 and stayed for three years before leaving to help set up Hongxin Semiconductor Manufacturing, a multibillion-dollar chip startup in the central city of Wuhan that was part of China’s broader plans to build up a homegrown chipmaking industry. But he resigned after less than a year as Hongxin faced a meltdown due to lack of cash before production had even begun.

Meantime, Liang’s history included his own 17-year tenure at TSMC and time at South Korean giant Samsung. He came to SMIC in 2017 at the invitation of the company’s major stakeholders to strengthen its R&D capabilities. At SMIC he worked on technology between 28 nanometers to as small as 7 nanometers — the latter at the cutting edge of an industry where the smaller the width of a circuit, the more circuitry can be packed on the surface of a single chip.

Despite his achievements, Liang was also known as an opinionated and sometimes impulsive personality who frequently clashed with the company’s Chairman Zhou and his co-CEO Zhao Haijun, according to several insiders, who said the clash was an open secret within the company. Many in the company’s marketing department were also less than enthusiastic, criticizing him for his inflexibility and aloofness, according to a number of insiders interviewed by Caixin

On hearing of Chiang’s departure from the flailing Wuhan venture, SMIC’s board invited him to return to the company and voted at a Dec. 15 meeting to make him the new vice chairman, second only to Chairman Zhou. Shortly before that meeting, Zhou had called Liang to inform him of Chiang’s imminent return to the company. The move blindsided Liang, who saw it as a sign of “total lack of trust and respect for him,” one insider said.

Word began to circulate that Liang had resigned in response to Chiang’s arrival, prompting SMIC to put out a brief statement announcing Chiang’s new position and saying it was clarifying Liang’s intention.

Before the boardroom drama, SMIC had already been under fire in the growing U.S. campaign against Chinese tech firms. The company confirmed in October that some of its American suppliers had received letters from the U.S. Commerce Department telling them that their sales to the Chinese company were subject to additional export restrictions. Then just days after the December board meeting installing Chiang, the Commerce Department announced it was blacklisting SMIC and more than 60 other Chinese companies due to their ties to China’s military.

SMIC admitted the blacklistings would make it difficult to pursue development and manufacturing of chips using 10 nanometer or smaller technology. Such chips aren’t currently an important income source for the company, but rather were part of its longer term plans to become more globally competitive.

Against that backdrop, Liang’s fixation on pursuit of the most cutting-edge technology seemed increasingly impractical and unsuited to a company facing such uncertainty, observers said.

A person close to SMIC’s board told Caixin that some of the company’s major stakeholders had suggested several years ago it explore a less sophisticated area called chiplets, an emerging field that combines arrays of smaller chips in a modular way rather than placing everything on a single purpose-built chip. But Liang had little interest in that area due to his focus on 7 nanometer technology, most of which required imported manufacturing equipment and materials.

A person at one of SMIC’s joint ventures told Caixin the company’s older 55 nanometer technology is relatively non-reliant on American technology. But he added it would still be difficult for SMIC to quickly cast off its dependence on all American products. “SMIC has inventory that will allow it to continue for three to six months,” one longtime analyst told Caixin. He added that some American suppliers of older technologies may still be able to get the government licenses to continue supplying the company, since the most cutting edge products are the main target of U.S. sanctions.