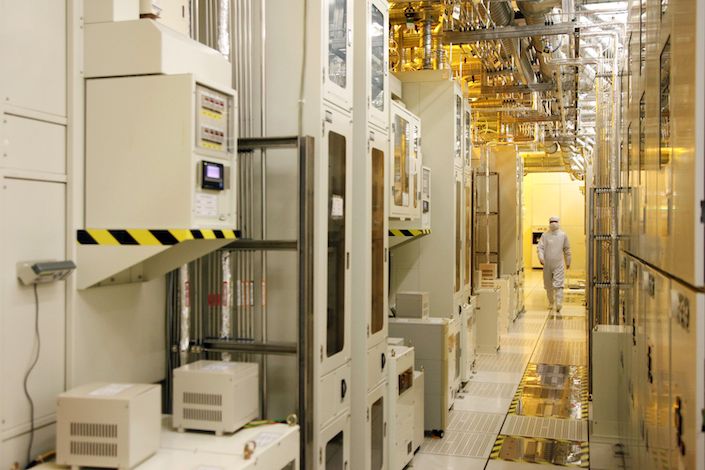 “This action stems from China’s military-civil fusion doctrine and evidence of activities between SMIC and entities of concern in the Chinese military industrial complex,” the Commerce Department said in a statement.

Commerce Secretary Wilbur Ross confirmed the move in a Friday morning interview with Fox Business. It was first reported overnight by Reuters. Shares of China’s top chipmaker slid 5.2% Friday in Hong Kong on the news.

Other affected Chinese entities include those “that enable human rights abuses, entities that supported the militarization and unlawful maritime claims in the South China Sea, entities that acquired U.S.-origin items in support of the People’s Liberation Army’s programs, and entities and persons that engaged in the theft of U.S. trade secrets,” according to the U.S. government statement.

The majority of the newly banned companies are Chinese and will join the likes of Huawei Technologies Co. Ltd. on a list that denies them access to U.S. technology from software to circuitry.

SMIC “only provides products and services for civilian end users and has no military end users,” Zhao Haijun, a company co-CEO, said on its third-quarter earnings call on Nov. 12.

The U.S.-imposed restrictions might impact SMIC’s production that requires advanced technology. A source from the U.S. semiconductor industry previously told Caixin that it might be harder for SMIC to continue its 14 nanometer (nm), 28 nm and 40 nm production processes as they rely heavily on equipment from the U.S.

Companies including Huawei and SMIC have been caught in the middle of worsening tensions between the world’s two largest economies, which have clashed on issues from trade to the pandemic.

“If the report you mentioned is correct, it will be another example of how the U.S. is using its national power to crack down on Chinese companies,” Chinese Foreign Ministry spokesman Wang Wenbin said Friday at a briefing in Beijing. “We urge the U.S. to stop its wrongful activities cracking down on foreign companies.”

Timothy O’Toole, a lawyer at Washington-based law firm Miller & Chevalier, told Caixin on Friday that from the legal and procedural point of view it is difficult to overthrow the U.S.’ decision of including SMIC in the list to be sanctioned.

O’Toole, who has substantial experience in dealing with economic sanctions and export controls, said that SMIC might stand a chance if it asks the End-User Review Committee, which manages the entity list, to remove the company, but it will be a time-consuming process as the committee’s attitude might change after the new administration takes office.

Shanghai-based SMIC, a supplier to Qualcomm Inc. and Broadcom Inc., lies at the heart of Beijing’s intention to build a world-class semiconductor industry and wean itself off a reliance on American technology. Washington in turn views China’s ascendancy and its ambitions to dominate spheres of technology as a potential geopolitical threat. A blacklisting threatens to cripple SMIC’s longer-term ambitions by depriving it of crucial gear.

In response to the widening U.S. crackdown, China is planning to provide broad support for so-called third-generation semiconductors in its next five-year plan to increase domestic self-sufficiency in chip manufacturing, according to people with knowledge of the matter. SMIC, backed by the China Integrated Circuit Industry Investment Fund as well as Singapore’s sovereign fund GIC Pte. and the Abu Dhabi Investment Authority, is expected to play a central role in that effort.

SMIC representatives didn’t respond to requests for comment. The company was already laboring under similar, less severe curbs after the Commerce Department placed it on a separate export restrictions list in September, accusing SMIC of supplying the military. Those sanctions took a toll on shares of the company, whose co-CEO Liang Mong Song this week unexpectedly resigned, triggering another selloff.