By Yang Ge, Luo Guoping and He Shujing 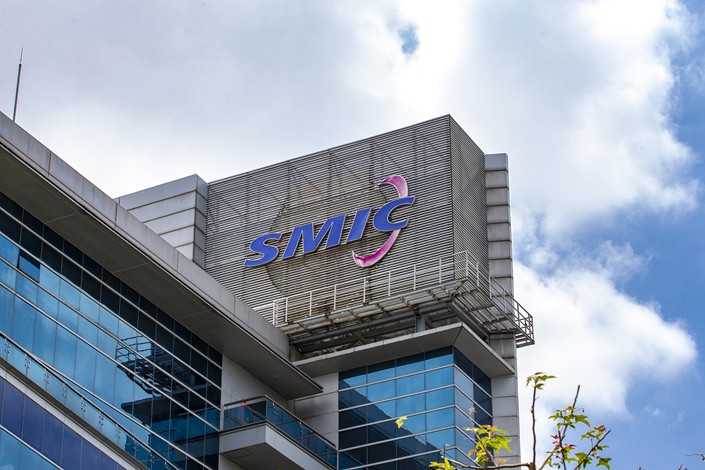 Apart from turbulence at the company’s top levels, SMIC has been hit over the last few months by a string of U.S. measures aimed at restricting the company’s access to American technology and financial markets.

Shares of leading microchip-maker SMIC sagged early Thursday, bringing their losses this week to 10%, on reports of a top executive’s departure coupled with the firm’s removal from several major global indexes.

Semiconductor Manufacturing International Corp. has been in near-nonstop headlines for much of the past year, leading its shares to nearly triple between January and July on expectation it would receive strong government support as China tried to rapidly build up its high-tech chip sector in the face of U.S. sanctions. But the shares have given back most of those gains in the last five months as the U.S. has targeted more sanctions directly at the company.

In the latest development, local media reported this week the company’s co-CEO and executive director Liang Mong Song had resigned, prompting a suspension in SMIC’s Hong Kong-traded shares on Wednesday. It issued a statement on the matter later that day, and its shares resumed trading.

“The company is currently verifying with Dr. Liang about his intention to resign,” SMIC said in the brief statement, without elaborating. It added it would provide further updates when more information became available.

The trigger for Liang’s reported resignation was the Tuesday arrival to the company of Chiang Shang-yi, 74, an industry veteran who previously worked at SMIC and earlier was chief technology officer at Taiwan’s TSMC, the world’s leading contract microchip-maker. Last year Chiang left SMIC to work at a chip startup, Hongxin Semiconductor Manufacturing, in the interior city of Wuhan. But as Hongxin began to unravel due to lack of funds, Chiang left the company this past summer after just one year at the job.

On Tuesday, Chiang returned to become one of SMIC’s executive directors and vice chairman, as well as a member of its strategy committee. That same day Liang reportedly tendered his resignation.

Liang is one of SMIC’s two co-CEOs, alongside Zhao Haijun. The pair fall below Zhou Zixue, who is the company’s chairman. Based on SMIC’s latest list of directors, Chiang’s position as vice chairman would make him second only to Zhou on the board.

SMIC shares fell 5% on Wednesday as word of the inner turmoil circulated, adding to a 3.8% decline the previous day. They initially fell more on Thursday, but rebounded in the afternoon. The company’s Hong Kong-listed shares closed up 3.7%, while its Shanghai-listed shares gained 1.5%.

Apart from turbulence at the company’s top levels, SMIC has been hit over the last few months by a string of U.S. measures aimed at restricting the company’s access to American technology and financial markets. In the latter category, the administration of U.S. President Donald Trump last month issued an executive order barring American investors from buying shares in Chinese companies that it believes are linked to China’s military.

Three weeks later, SMIC was one of four Chinese companies added by the Pentagon to a list of firms it says are owned or controlled by China’s military. SMIC has denied such connections.

As a result of the Washington prohibition, major global index compilers have been steadily dumping SMIC and other companies named by Washington from their various global indexes. This week MSCI named the company as one of seven it was dropping from its indexes, while Nasdaq said SMIC was one of four Chinese companies it would remove for the same reasons. S&P Dow Jones Indices has also said SMIC is one of 10 companies it is dropping from its indexes.

A company’s inclusion in such indexes usually comes as a boost to its stock, since such a move means the shares will be purchased by many funds that invest based on such indexes. Similarly, getting removed from indexes requires such funds to divest their shares, potentially overwhelming markets with excess supply and putting downward pressure on prices.