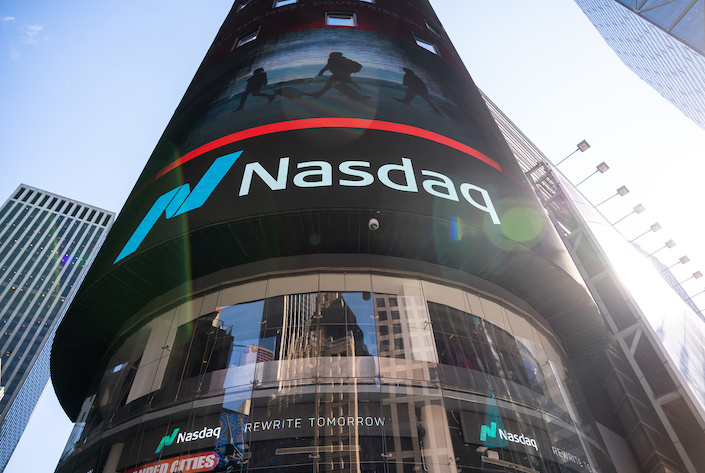 Nasdaq plans to remove shares of four Chinese companies from its indexes, joining other index compilers acting in response to a Trump administration order to bar American investors from trading stocks allegedly linked to the Chinese military.

The move makes Nasdaq another global index compiler to scrap Chinese stocks from their benchmark indexes after President Donald Trump signed an executive order last month barring U.S. investment in companies said to be linked to the People’s Liberation Army.

FTSE Russell was the first major index provider to respond to the ban, announcing Dec. 4 that it would remove eight Chinese companies’ stocks from several of its global indexes effective Dec. 21. China Communications Construction, China Railway Construction and CRRC were also on the FTSE Russell list. More Chinese stocks may be removed in the future, and sanctioned companies will be considered for reinclusion in indexes only after 12 months from the date of removal, the company said.

S&P Dow Jones Indices LLC (S&P DJI), an arm of U.S. financial conglomerate S&P Global Inc., said last week that it would remove 10 Chinese companies’ stocks from more than 50 of its equity indexes beginning Dec. 21. In addition, securities issued by 18 Chinese companies will be taken out of its fixed-income indexes Jan. 1.

MSCI Inc., another major index compiler, hasn’t disclosed any moves involving Chinese shares. The company said Nov. 20 that it was evaluating the impact of the order.

"China urges the U.S. government to stop politicizing economic and trade issues and stop wrongful actions of abusing state power and over generalizing the concept of national security in cracking down on foreign companies," Wang Wenbin, a spokesperson for the ministry, told a routine press conference Monday in Beijing.

Wang said China's capital market will continue to open up, and the removal will not affect foreign investors’ interest in buying stocks of Chinese companies.

China has been pushing forward the inclusion of its stocks and bonds in global indexes in hopes of attracting trillions of dollars of passive investment into its capital market.

Analysts said the recent string of removals may disturb foreign capital inflows into China’s stock market in the short term and is likely to spur selloffs of blacklisted shares, although the overall, long-term impact will be relatively small.

As of the end of September, overseas holdings of Chinese stocks stood at about 2.75 trillion yuan ($420 billion), equivalent to 4.7% (link in Chinese) of mainland-listed equities, up from 4.15% at the end of March.

Luo Meihan contributed to this story.