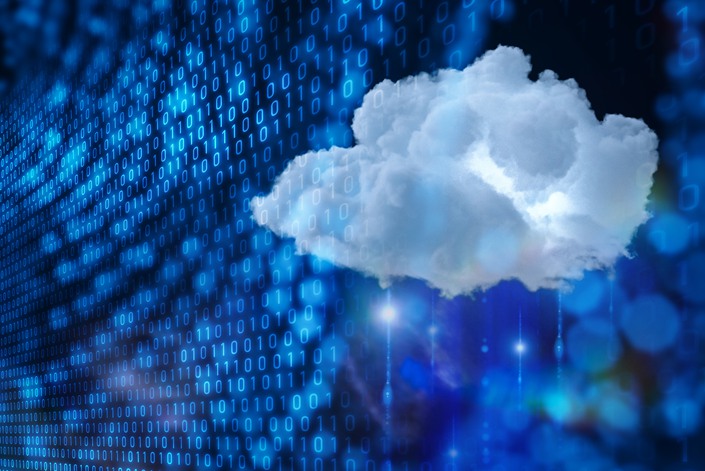 This is the third of a three-part story. Be sure to check out part one and part two.

Clause 1 of CPTPP Article 14.11 states that members may formulate their own regulatory requirements for the cross-border transfer of electronic information. This clause does not contain mandatory obligations.

China’s regulatory requirements on cross-border data flows can be summarized as follows: (1) 'A limited amount of data involving national security and major public interests must be stored locally; (2) Data can be transferred out of the country if certain conditions are met in general, including that of obtaining clearances from the security assessment, personal information protection certification and the standard contract; (3) A security review must be carried out under special circumstances that involves national security threats; (4) Data transfer restrictions can be imposed on other countries if they engage in discriminatory conduct.

Clause 2 of CPTPP Article 14.11 requires that the government allow the cross-border transfer of electronic information as long as it is for business purposes. This mandatory obligation is the core rule of the CPTPP on cross-border data flows.

Even if China’s regulations violate Clause 2, the exception clauses in the CPTPP can be invoked for defense.

Some may think that setting up a security assessment for cross-border data transfers but not one for domestic transfers constitutes discrimination and trade restrictions on data receivers abroad.

In my opinion, the establishment of a specific procedure does not constitute discrimination or a trade restriction in itself, and it depends on whether the assessment standards applied to data receivers abroad are substantially higher than those applied to domestic data receivers, putting the former in a relatively disadvantageous competitive position. China’s Personal Information Protection Law, Data Security Law and other regulations set strict obligations on domestic data processors (including receivers). The Measures on Security Assessment of Cross-Border Export of Data (draft issued for public comment in October 2021) provides that the factors to be considered in security assessment include whether the data receivers abroad meet the protection level stipulated by PRC's laws, regulations and mandatory national standards. The domestic and foreign data receivers, therefore, shall meet the same set of rules in regard of data protection level. In this way, the security assessment of cross-border data transfer should not be considered discrimination or a trade restriction as long as there are no additional unreasonable requirements specifically for foreign receivers.

Even if there is an alternative measure, it will not necessarily be less restrictive to trade. The U.S. also has a category of important data similar to that of China, namely controlled unclassified information (CUI). Take the relevant regulations on sensitive safety information (SSI) regarding transportation in 800-171 and CUI categories as an example. I think U.S. regulation of the cross-border transfer of CUI has three characteristics. First, the U.S. does not have separate regulations on cross-border data transfer, so it appears that the U.S. does not restrict cross-border data transfers, which is clever in wording. However, it has strict regulations on accessing CUI, which can be done both domestically and from abroad. Thus, logically, its regulations on access cover cross-border data transfer, because accessing data from abroad is essentially a type of cross-border data transfer. Second, the core condition for accessing CUI is to be authorized; that is, only authorized people who carry out authorized business can access CUI. Such authorization cannot be obtained easily, but only by going through some kind of procedure, which is essentially similar to China’s security assessment. At the very least, China’s security assessment will publish relevant rules, standards and procedures, while the U.S. does not clarify how the authorization required to access CUI should be obtained, what the standards are and what the special requirements are for foreign nationals. Third, foreign nationals may be unable to access CUI at all. In the case of SSI, it can only be accessed by people with a need to know. Only those approved, funded, recommended or directed by the U.S. Department of Homeland Security (DHS) or Department of Transportation (DOT) to conduct traffic safety activities are “persons who have a need to know.” I am skeptical about how many foreign nationals and foreign businesses actually qualify to be approved, funded, recommended or directed by the DHS or DOT to conduct traffic safety activities, and then access SSI for the cross-border transfer of CUI. Thus, even though the U.S. seemingly has no restrictions on cross-border data transfer in most cases, its regulations on accessing CUI could essentially result in a large amount of CUI being stored in the U.S. or accessed only by U.S. businesses and individuals. It is difficult to say whether such a system is less restrictive to digital trade than China’s cross-border data transfer security assessment.

In conclusion, I am optimistic that China’s cross-border data transfer security assessment can pass the review based on the exception rule of CPTPP Article 14.11.

Finally, there is a potential problem regarding China’s reciprocal retaliation against other countries for their discrimination and restriction on data in terms of the international trade rules.

If China wants to pass CPTPP requirements on cross-border data, several things can be done.

Somestic regulations are the basis for formulating international rules. If the details of China's domestic regulations are not clarified, it is impossible for China to participate in negotiations on international rules. Meanwhile, the less clear the details of the rules are, the more likely it is that various parties will interpret those details in the most conservative way. If domestic businesses do not dare to explore cross-border data transfer, foreigners will take advantage of this to accuse China of carrying out the worst data localization in the world, and this rumor will gradually spread among and be believed by other countries.

Additionally, when the rules for the cross-border data transfer security assessment are formulated, compliance with the international rules should be considered.

On the one hand, the security assessment should be conducted in compliance with risk analysis principles, objective criteria and the most uniform implementation standards possible for both internal and external use. On the other hand, close attention should be paid to the progress of system-related practices in other countries regarding critical information infrastructure and important data, and any system designed for cross-border data transfer that can be referenced should be referenced in a timely manner. As the case of learning from the EU’s General Data Protection Regulation on personal information protection certification and the standard contract shows, this can help prevent others from being able to claim that there exist less restrictive alternative measures.

Moreover, all sectors should sort out the current policies on cross-border data transfer in a timely manner and comply with the overall system design and wording of the governing laws. If certain data really cannot be transferred overseas, its attribute as national core data should be clarified as far as possible. If the data belong to important data but not core data, the system for cross-border data transfer should be unified in the security assessment, making it clear that due to business needs, the data can be transferred overseas after a security assessment. It must not be stated that the data should be stored in the country without giving conditions for cross-border transfer.

Those at the front lines of the negotiations should learn more about the progress of legislation from Chinese domestic authorities, build up confidence in the domestic system and explain how the system actually works to the international community, especially the main negotiating partners.

Many of China’s systems may not yet be fully fledged, but they are reasonable. If we can explain the reasonableness of the systems to other countries, I believe most of them will understand. The better the international community understands China’s domestic framework and the rationality of its systems, the better the environment will be for China to negotiate international rules.

At the same time, China needs to offer public goods to the international community if it wishes to gain speaking rights in making the rules. The problems solved by the cross-border data transfer security assessment might be a concern in other countries, and they may need solutions provided by China. Thus, it is an opportunity for China to provide public good.

In addition, there should be room for negotiation on exceptions to the rules. For example, no excessively detailed limits should be placed on the content of legitimate public policy objectives. We should follow the security exceptions in the CPTPP, as those in the GATT cannot truly adapt to the current era.

Xu Chengjin is a researcher at the Center for International Economic and Technological Cooperation.