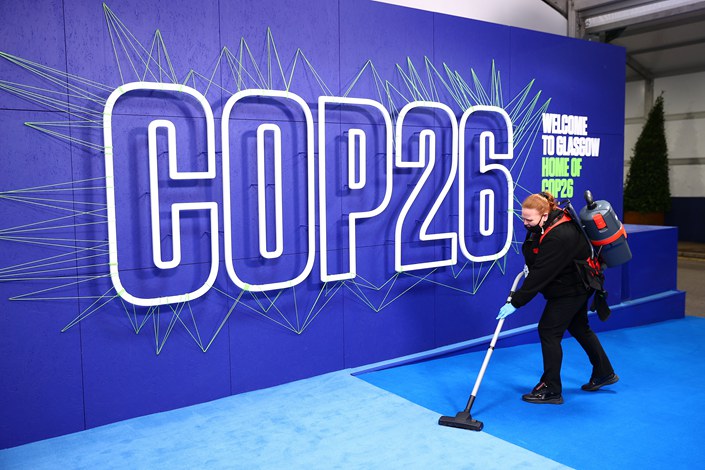 When the second week of the Glasgow Climate Conference (COP26) started a week ago, I stayed up until 3 a.m. Beijing time to watch a side event live. This was “Reimagining Climate Governance,” and I’m a big fan of the panel speaker Kim Stanley Robinson who writes best-selling climate fiction. But in the end, it was the questions from the floor, not the panel discussion, that stayed with me. One was more of a statement on climate justice, with the speaker saying he thought the negotiating venue was disconnected from the reality of millions of frontline communities in developing countries that are suffering from climate disaster. The other asked, “Can you imagine a new social contract on climate governance, and what do you imagine would be the process leading to that?” The comments — from veteran negotiator and science fiction writer alike — sounded like prayers to an oracle, a touch of desperation blended with hope. Now that COP26 has ended with the “Glasgow Climate Pact”, I wonder what delegates are going home with, and what they might pray for.

Larger countries need to bring home good news of overall achievement. They need to tell domestic audiences that this UN multilateral process is still functioning and moving forward, and that they have made positive contribution to the progress. Positively, after six years of negotiation, the Paris Agreement rulebook has been given the go-ahead. The Glasgow Climate Pact also reinstated the 1.5 degree goal set in Paris, and confirmed that coal and other fossil fuel usage needs to be cut down. In the shadow of pandemic and economic downturn, this in itself is reassuring.

The China-US climate cooperation statement announced in the middle of COP26 played a critical role in stabilizing and building foundations for the final multilateral outcomes. Countries with a vibrant carbon market or plans to set one up can take home the deal on a global carbon market. Capitalists around the world will be gearing up. Environment activists however have concerns about new loopholes and cheap credit for corporations that evade their emission cutting responsibilities.

However, the larger emitter countries won’t be able to relax yet. In theory everyone agrees with the 1.5 degree goal. However, the collective emission cut pledges still don’t add up — with the current pledges the world is on the path to overshooting this goal, and even exceeding 2.4 degree’s warming. Glasgow Climate Pact asks countries to visit review and enhance their pledges in 2022. Too early to turn over a new leaf.

To me, this is actually the point of the UN climate process.

Marching ahead towards stronger global action in the past two decades has made nations somewhat uncomfortable and stressed. With this in mind, pressing countries to come back again with better homework next year, however painful this is for countries already making a big effort on climate, is the right thing to do.

Guess who’s going home empty-handed? The poorest and most vulnerable countries. That climate justice question in the side event was raised at high pitch for good reason. Many developing countries with small greenhouse emissions and limited capacity to cope with climate challenge come to UN COPs expecting to get the financial support they need to follow a greener pathway, and to get legitimate compensation for their losses due to climate disaster. Glasgow made some progress, but the overall financial commitment level still fell short.

And this has been a chronic problem of the UN climate process. The process flows fast wherever hints of a decent return of investment emerge, like expanding carbon market, but is stagnant in areas urgently needing resources and action but with unclear or limited investment value, like food, shelter and disaster alleviation. In our world today, this seems natural and self-explanatory. Maybe that’s also what the senior expert had in mind when he asked about an alternative social contract in global climate governance.

I’m ending my observation of this climate conference with mixed feelings. It’s reassuring that despite all the difficulties in global politics, countries are still talking to one another and agreeing on the direction of travel, especially the big players. As a result of that good faith, the wheels of global climate collaboration are still spinning. Rules are being set, roads built, millions more people are paying attention, and money, in its billions, is still shaking and churning.

Nevertheless, the process is painfully slow. All the pragmatists agree, time is not on our side. And if global climate governance keeps failing the small and vulnerable nations, the rules of the game might needs changing too.