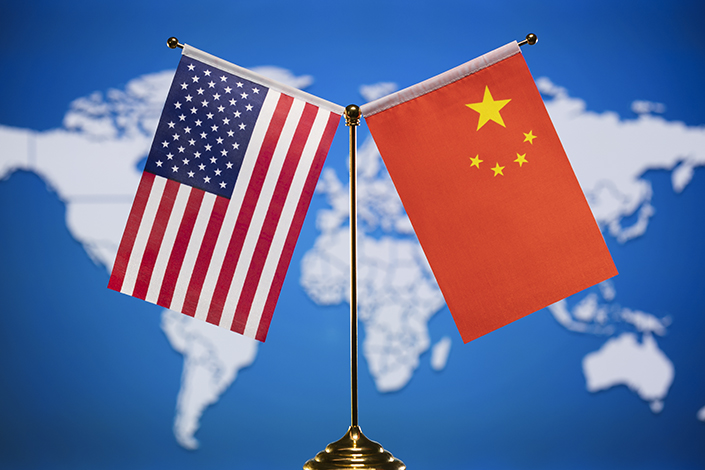 China and the U.S. will review and approve visas for new correspondents in each other’s country in accordance with laws and regulations, according to a new agreement. Photo: VCG

China and the U.S. have reached an agreement to ease visa restrictions imposed on each other’s journalists, in an effort to soothe tensions between both sides that led to Trump-era tit-for-tat measures against media workers.

The consensus was made prior to Tuesday’s virtual meeting between the two countries’ presidents, according to state media reports. Under the terms of the agreement, the U.S. will issue one-year multiple-entry visas for Chinese journalists and initiate the process to address the duration of stay issues in the country. China will then issue equal treatment to American journalists after U.S. policies are in force “based on the principle of reciprocity,” the reports said.

Citing Foreign Ministry sources, state media outlet China Daily said that the agreement was borne out “of more than a year of difficult negotiations over the treatment of media outlets in respective countries.”

As part of the agreement, journalists will also be able to freely depart and return to each other’s country, according to the state media reports. Both countries would also review and approve visas for new correspondents in each other’s country in accordance with laws and regulations.

China and U.S. have imposed tighter controls on each other’s journalists since early last year, with limitations on their credentials, visas and duration of stay, amid deteriorated bilateral relations under the Trump administration.

Calling the new consensus “a hard-won result,” Chinese foreign ministry spokesperson Zhao Lijian told a Wednesday regular press briefing that the agreement is “in line with the interest of both media and should be cherished” and called on the U.S. to keep its promise to implement relevant measures and policies.

The U.S. State Department said in a statement that it welcomed the progress but sees “it simply as initial steps,” while expressing that it was “gratified” that correspondents from U.S. media organizations operating in China can return to the country “to continue their important work.”

In February and March of last year, the U.S. government had designated a total of nine Chinese media publications’ operations in the U.S. as “foreign missions,” including the Xinhua News Agency and the China Global Television Network. The designation required those outlets to report their personnel rosters and real estate holdings to the U.S. State Department.

In March 2020, Beijing expelled a number of American journalists from three major publications stationed in China: the New York Times, The Washington Post and the Wall Street Journal. In response, the Trump administration imposed more limits to the duration of visas for Chinese journalists, adjusting the renewable one-year single-entry visa permits to 90 days of stay.

In October of last year, the U.S. designated six more Chinese media organizations, including Yicai Global and Jiefang Daily, as “substantially owned, or effectively controlled by a foreign government.”

The move was condemned by the Chinese foreign ministry at the time as “the latest political suppression and stigmatization” of Chinese media operated in the U.S. and criticized the U.S. of discrimination based on a “Cold War mentality and ideology bias.”

During the Tuesday video summit, Chinese President Xi Jinping and his counterpart U.S. President Joe Biden were described as having a “candid, in-depth and extensive strategic” exchange, according to the state-run Xinhua News Agency in its report.

Xi told Biden on Tuesday that the two countries should “respect each other, coexist peacefully, and cooperate for a win-win situation,” according to Xinhua. The Chinese leader said that a solid bilateral relationship is needed to safeguard a peaceful international order. He also called on the U.S. to take concrete actions to avoid a “new Cold War.”