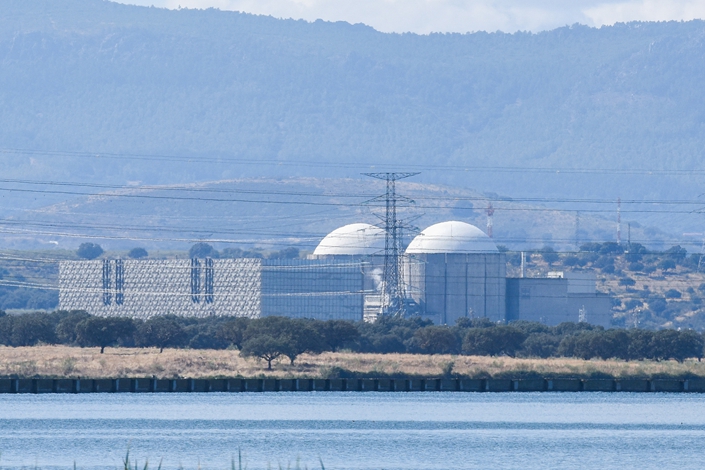 (Oxford Analytica) — As the COP26 climate conference gets under way in Glasgow, the nuclear industry and governments that support it have been intensifying calls for the technology to play a greater role in reaching net-zero emissions targets. Recent increases in fossil fuel prices have reinforced such claims by raising considerations of cost-effectiveness and energy security.

Enthusiasm for nuclear power was dampened by the 2011 Fukushima disaster, which continues to feed concerns. While the industry offers possibilities for addressing climate change, it is itself at risk from global warming. The need for cooling water means that power stations are built close to rivers and coasts, leaving them vulnerable to extreme weather events such as flooding, coastal storms and droughts, which may become more frequent.

• Pressure from pro-nuclear EU states will see nuclear power treated as a sustainable energy resource alongside other low-carbon options.

• High fossil fuel prices appear to enhance the case for nuclear, but their impacts may be relatively transient if prices fall back.

According to the International Atomic Energy Agency, nuclear power has avoided the emission of 70 billion tons of CO2 over the last 50 years, a modest but significant contribution to limiting carbon dioxide emissions. Emission levels are 1 billion tons per year lower than they would have been without the nuclear contribution and assuming the gap was filled by fossil fuels. The saving amounts to around 3% of total energy-related CO2 emissions.

That share could increase with further electrification of the economy and nuclear power gaining a larger share in generation. Advocates of nuclear energy argue that it offers hope of removing emissions from energy uses other than electricity, such as process heat.

How much the contribution of nuclear might be increased in the short-to-medium term is nevertheless questionable. There are currently 54 nuclear power plants under construction worldwide, with a total capacity of 57 gigawatts. A further 112 facilities capable of producing 117 gigawatts are planned.

That reality falls far short of the ambitions of the International Energy Agency (IEA), which envisages a near-doubling of current nuclear capacity to around 800 gigawatts as part of its net-zero scenario for 2050.

This would be met through a combination of lifespan extensions for existing reactors and a dramatic increase in the construction of new capacity. Even at these levels of output, though, the nuclear power’s contribution to total energy production would decline to 8% from 10%.

Recent histories of delays and rising costs in nuclear “new builds” raise more doubts about construction targets. Although China has at times succeeded in delivering new capacity within five years of starting construction, this is more of an exception than a rule.

Much of the current debate favoring a nuclear revival has centered on industrial economies which have generally been reluctant to commit to new nuclear projects or have been phasing out the technology.

Governments in pro-nuclear states tend to see the combination of the climate emergency and rising fossil fuel prices as an opportunity to reset the controversial policy debate. Whether their plans go far enough to achieve their stated ambitions is still questionable.

The U.K. government has been committed to new nuclear energy for more than a decade, apparently unshaken by the costs of the new nuclear project at Hinkley C, which have increased to GBP23bn (USD32bn) from GBP18bn when construction began.

Recently announced plans for achieving net-zero carbon emissions by 2050 included additional commitments to nuclear power with the authorization of at least one more large-scale plant before the end of the current parliament and additional funding for new nuclear technologies including “small modular reactors” (SMRs) and fusion projects.

The overall contribution of nuclear power to the UK net-zero strategy still looks relatively modest. Although the commitments in place by the end of this parliament will deliver an additional 6.4 gigawatts by 2035, almost all the existing reactors (accounting for 7.7 gigawatts) are to be shut down over the same period. That will effectively leave the United Kingdom with the same nuclear capacity as is currently in operation.

The Biden administration came to power this year apparently viewing nuclear power as a component of an enthusiastic push to tackle climate change. However, the technology’s contribution to cutting U.S. emissions hinges primarily on existing capacity.

The country obtains just under 20% of its electricity from nuclear power. That share has been in relative decline for years.

Despite the availability of government subsidies and tax breaks under many administrations, only two reactors are currently under construction (Vogtle 3 and 4). A combination of a deregulated electricity market that deters long-term capital-intensive investment and a rigorous safety regime have effectively held U.S. utilities back from considering new nuclear capacity.

There are signs that some western U.S. states are considering reforms that would facilitate nuclear investment. In this context, the sector’s prospects could be revived by the advent of SMRs — an area in which US companies have been particularly active.

President Emmanuel Macron last month reaffirmed France’s commitment to nuclear power, confirming the end of a plan to reduce the share of nuclear in power production to 50% from 75%.

Macron’s “France 2030” initiative for reindustrialization presented the reinvention of nuclear power as a key objective. He announced EUR1bn (USD1.2bn) for the development of SMRs, and plans for a further six large reactors on the basis of a new version of the much-delayed European Pressurised Reactor, under construction at Flamanville.

The challenges to France’s nuclear ambitions lie less within the country and more in efforts to persuade other parts of the EU to follow its lead.

France and Poland have led pro-nuclear governments in calls for the technology to be included in the EU’s taxonomy of clean energy options, thereby easing access to EU funds, government support and private investment. The Commission has nevertheless postponed a final decision on the status of nuclear power, not least because of continued opposition from another group of member states, led by Germany, to its inclusion.

Emerging economies are seen as the main drivers of future nuclear investments. The IEA’s “Net Zero by 2050 Scenario” anticipates that new investments from these countries would account for around half of the 800 gigawatts of nuclear power in operation by 2050. Of the capacity currently under construction, 70% is being built in these markets.

Here, too, ambitions have been hindered by political hesitation, safety concerns, investment uncertainty and project delays.

China has by far the most ambitious plans for new nuclear and has been generally effective in establishing the engineering supply chain to deliver new plants on time. Of the 64 gigawatts of new nuclear capacity coming online over the last decade, 60% has been Chinese, and 25% of capacity currently under construction is Chinese.

However, it is not clear whether the momentum established can be maintained. China’s nuclear industry failed to reach its targets for new capacity in 2020 and it appears that a target of reaching 70 gigawatts of nuclear power by 2025 will not be met.