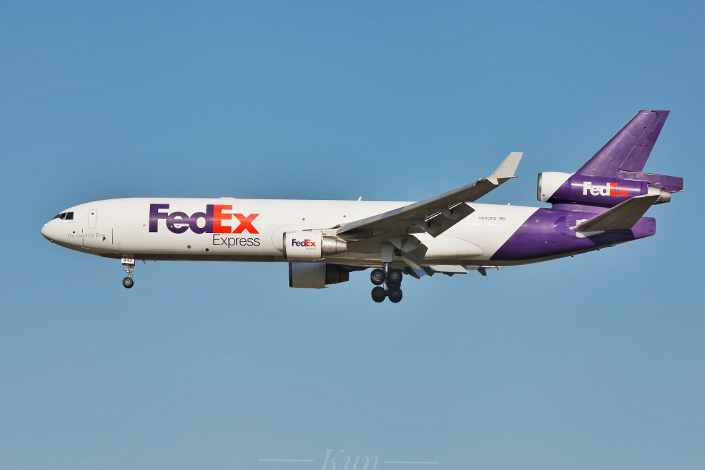 FedEx says it will continue to operate in Hong Kong because the city is a vital part of its Asia Pacific and global network, the U.S. company said in an emailed statement. Photo: VCG

(Bloomberg) — FedEx Corp. is shutting its crew base in Hong Kong, the world’s busiest international cargo hub, and relocating its pilots as the city considers stricter measures on flight crew to curb the spread of Covid.

While the crew base will close, FedEx will continue to operate in Hong Kong because the city is a vital part of its Asia Pacific and global network, the U.S. company said in an emailed statement Wednesday. The company said it’s providing support for the relocation process of crew members, without providing further details.

FedEx’s move comes after Hong Kong Chief Executive Carrie Lam said Tuesday that authorities will consider tougher rules after three Cathay Pacific Airways Ltd. cargo pilots were confirmed to have Covid-19 after returning from Frankfurt. The city is prioritizing its Covid-Zero policy in a bid to reopening the border with the Chinese mainland.

The freight and parcel delivery giant will continue to serve Hong Kong with pilots based in Oakland, California, the South China Morning Post reported, citing a memo by Robin Sebasco, Fedex’s system chief pilot. The company at the start of the year relocated 180 pilots and their families from Hong Kong to California in response to tough aircrew quarantine measures, the Post said.

Cathay, the word’s third-biggest airfreight commercial airline, said Monday that all crew who have flown in from Frankfurt this month will undergo a 21-day quarantine at a government facility. Crew members are also required to get a third vaccine shot as soon as possible.

The carrier has also reached out to pilots of its Boeing Co. 747 aircraft for more volunteers to participate in its so-called closed-loop plan — which requires them to fly non-stop for three weeks before entering a two-week quarantine upon their return — to ensure services aren’t disrupted.