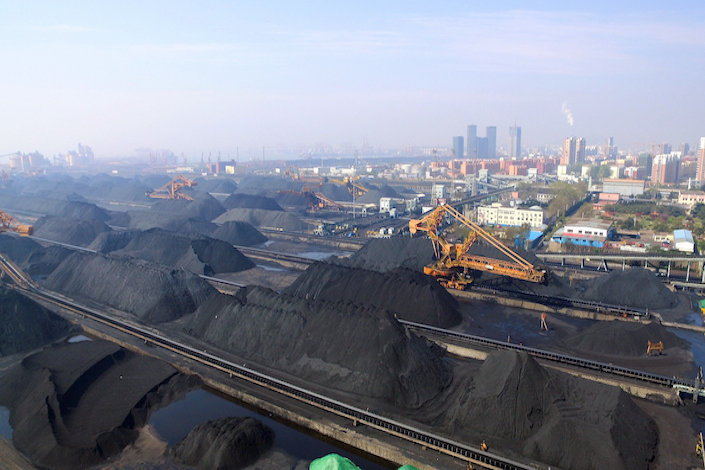 China will establish a special relending facility of 200 billion yuan ($31.35 billion) to support the clean use of coal, the country’s cabinet said Wednesday.

The loans would support cleaner methods of using coal, such as smart mining, more-efficient coal-fired power plants, clean residential and industrial heating, and development and utilization of coalbed methane, the State Council said.

The central bank will use the relending program to provide loans to national banks to finance qualified projects at preferential rates, in line with the benchmark lending rate, or the loan prime rate (LPR). The one-year LPR currently stands at 3.85% and the five-year LPR at 4.65%. The People’s Bank of China (PBOC) said Nov. 8 that it would offer cheap loans to banks financing clean energy projects, providing 60% of the required funds at a 1.75% interest rate.

The clean coal loans and the carbon-reduction support tool will act as two pillars at the central bank level to promote green low-carbon development, said Zhong Linnan, macro analyst at GF Securities Co. Ltd. The 200 billion yuan of loans will focus on improving the efficiency of traditional energy as a medium-to-short-term tool to promote green development as China’s economy still relies heavily on coal and other traditional energy, while the carbon-reduction support tool focuses on development of new energy as a long-term mechanism, Zhong said.

Since China in September 2020 set the goals to peak its carbon dioxide emissions by 2030 and achieve carbon neutrality by 2060, carbon reduction work has become the priority of local governments. In some areas, energy-intensive projects were shut down, and banks cut credit to coal-fired power projects, which contributed to a severe power shortage and other economic problems. Since late September, many parts of China have suffered severe electricity shortages that have forced factory shutdowns and blackouts.

In recent weeks, China has been pushing mining companies to ramp up coal production so that power plants can rebuild stockpiles for the winter heating season. Chinese coal production hit a six-year high last month, according to data released by the country’s National Bureau of Statistics.

“The power cuts since mid-to-late September show that we are still not prepared enough,” said Yang Weimin, a member of the economic committee of the Chinese People’s Political Consultative Conference and a government advisor, at the Caixin Summit last weekend. Green finance and carbon reduction monetary policy tools should also support transformation of coal power plants, he said.

Financial institutions should continue to provide reasonable credit support to coal power plants and coal projects in line with market principles — rather than blindly cutting off loans — to better leverage the role of finance in supporting energy security, Sun Guofeng, head of the PBOC’s monetary policy department, said Oct. 15 at a press conference.