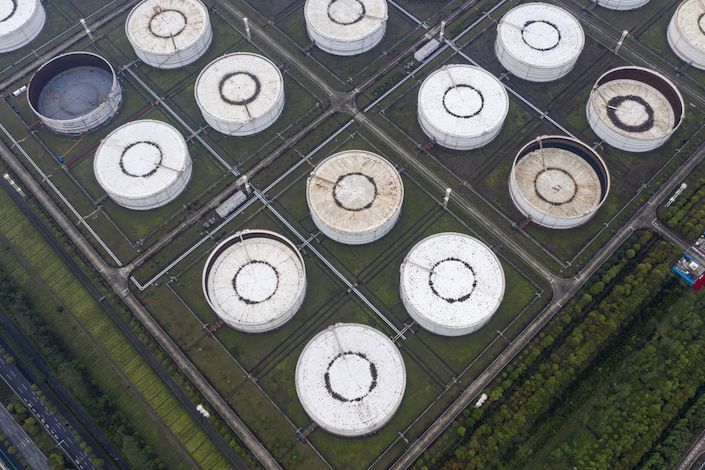 Oil prices have jumped more than 50% this year, contributing to a surge in inflation as the global economy recovers from the Covid-19 pandemic

(Bloomberg) — China is releasing oil from its strategic reserves days after the U.S. invited it to participate in a joint sale, suggesting that the world’s two biggest oil consumers are willing to work together to put a lid on energy costs.

U.S. President Joe Biden and Chinese President Xi Jinping discussed the merits of releasing oil from strategic reserves during their virtual summit this week. Beijing’s decision will be seen as a win in Washington’s campaign to bring down prices. The American administration has been lobbying Asian nations including China, India, Japan and South Korea to release reserves after OPEC+ rebuffed pressure from Biden to pump more crude.

Oil prices have jumped more than 50% this year, contributing to a surge in inflation as the global economy recovers from the Covid-19 pandemic. Gasoline prices are near records in some regions of the U.S. The administration is weighing several responses beyond its own stockpile release. Biden has also ordered the Federal Trade Commission to investigate possible market manipulation.

China, which imported about 10 million barrels of oil a day this year, is grappling with a wider domestic energy shortage that’s resulted in power rationing.

“The bureau is carrying out crude oil release work at the moment,” said a spokeswoman at China’s National Food and Strategic Reserves Administration via phone. It’s unclear whether Chinese authorities are doing so in response to Washington’s invitation, or whether they had prior plans to do so.

China tapped its national stockpiles this year to bring down domestic crude oil prices. In September, the reserve bureau held its inaugural public auction, offering 7.4 million barrels, or the equivalent of less than a day’s imports. The country also made a private sale from reserves before the auction.

“We will release more details on the volume of oil and date of its sale on our website in due time, just like we did in the first public auction,” the reserve bureau’s spokeswoman said. Reuters first reported the news.