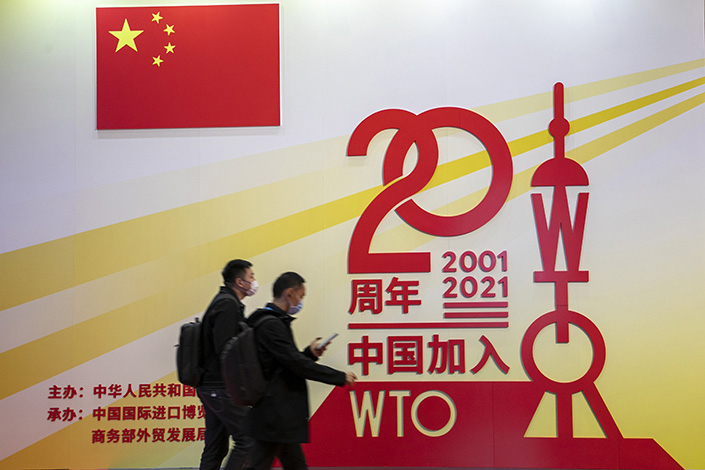 Two visitors pass by an exhibition for the 20th anniversary of China’s accession to the WTO at the 4th China International Fair in Shanghai on Nov. 9. Photo: VCG

This year marks the 20th anniversary of China’s accession to the World Trade Organization (WTO). In celebration of this, a series of official and civil activities are being launched. The Chinese government recently applied to join the Comprehensive and Progressive Agreement for Trans-Pacific Partnership (CPTPP). The experience China has gained from its accession to the WTO can be regarded as a good example for China to push forward with CPTPP membership. One important takeaway is that expanding opening-up to the world requires a sound domestic and international environment. At present, there are changes that China can undertake to make its domestic and international conditions more favorable for being accepted into the CPTPP and for promoting all-round opening up by deepening systemic reforms and strengthening international cooperation. This is the best way to celebrate the 20th anniversary of China’s accession to the WTO.