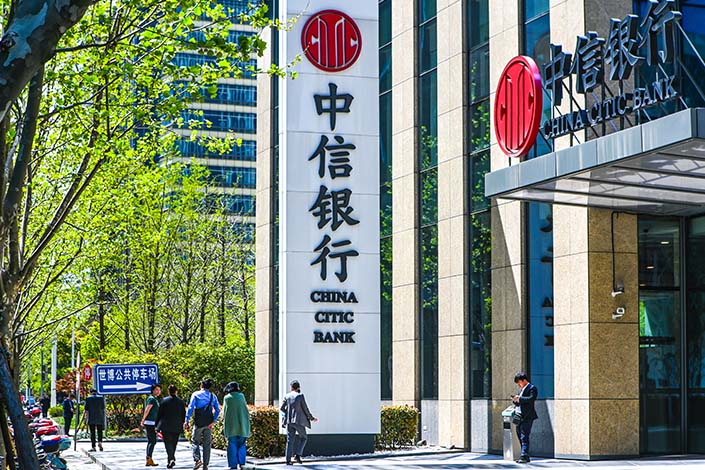 While China’s drive to crack down on anticompetitive behavior has especially focused on the internet sector, a traditional bank has now fallen afoul of the country’s antitrust watchdog.

Almost five years after getting the banking regulator’s approval to set up an online bank with Baidu Inc., China Citic Bank Corp. Ltd. (601998.SH) was fined for not notifying antimonopoly regulators of the State Council, China’s cabinet, before establishing the joint venture.

State-owned Citic and Chinese search engine giant Baidu were each fined 500,000 yuan ($78,301) for the violation, one of the 43 antitrust violations announced on Saturday by the State Administration for Market Regulation (SAMR). The dozens of violations involved acquisition and joint venture deals in the past, with some deals going back as far as a decade. The deals violated Article 21 of China’s Anti-Monopoly Law, which urges companies to report to State Council antitrust watchdogs if they reach a certain concentration in the market — usually measured by revenue.

Citic and Baidu set up the online lender Citic Aibank Corp. Ltd., the nation’s first direct bank with separate legal personality, in September 2017, with Citic holding a 70% stake and Baidu 30%. Direct banks have no brick-and-mortar branches and only offer services online or via telephone.

Of the 43 antitrust violations, Citic was the only bank to be hit with a fine, alongside companies including big tech firms such as Tencent Holdings Ltd. and Alibaba Group Holding Ltd.

Since December 2020, the SAMR has stepped up efforts to punish companies over anticompetitive behaviors, especially by big tech firms like internet platform companies. Over multiple rounds of fines, the list of violations has grown to at least 87 cases since then.