By He Shujing and Manyun Zou 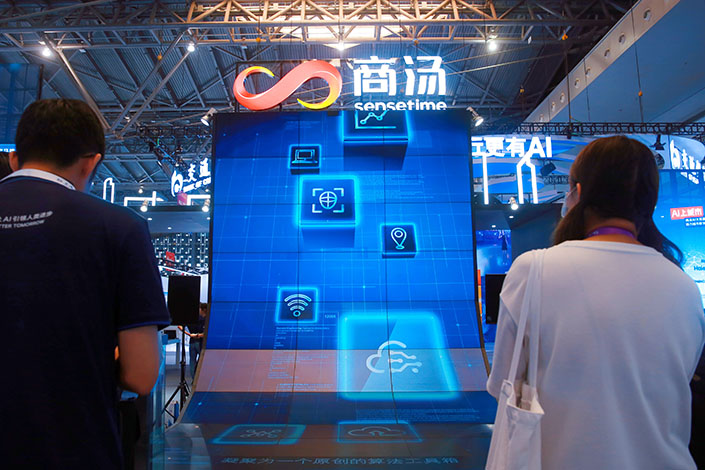 A Sensetime booth at the World Artificial Intelligence Conference in Shanghai on July 7. Photo: VCG

SenseTime Group Inc., China’s largest artificial intelligence (AI) company by revenue, said cyberspace authorities have not required it to undergo a cybersecurity review ahead of an IPO on the Hong Kong Stock Exchange.

“As of the latest practicable date, we had not been involved in any investigation on cybersecurity review by the relevant regulatory authorities or had received any inquiry, notice, warning or sanctions in such respect,” SenseTime said in its updated prospectus published late Monday.

It comes after Beijing made clear that listings outside the Chinese mainland were now subject to heightened scrutiny to see if they were exporting data that could affect national security. This month, China’s cyberspace watchdog proposed new rules that would codify such reviews of mainland firms seeking to list in Hong Kong.

SenseTime indicated it is unphased. If the draft rules are enacted, “they will not have a material and adverse effect on our business operations, “ the AI company added in its prospectus.

The firm, which first filed its IPO plan in late August, mainly provides AI products for governments and companies to build up their digital management operation systems, such as smart cities. As of June 30, it serves 119 cities in China and overseas and 635 enterprises.

The company didn’t give details about how much it is going to raise from the IPO, but it has completed 12 rounds of funding totaling $5.2 billion, pushing the company’s valuation to $13 billion. China International Capital Corp., Haitong Securities Co. Ltd., and HSBC Holdings PLC are the joint sponsors for its IPO.

While the Hong Kong-based AI company is not particularly financially healthy, an analysis of its latest prospectus suggests its position is improving.

In total, the firm lost 578 million yuan in the six months to June, an improvement on the 1.15 billion lost in the first half of 2020.

SenseTime is still the best performing among the so-called “AI quartet” — which also includes Megvii, CloudWalk Technology, and Yitu Internet Technology Co. Ltd. In three years between 2018 and 2020, the other three companies’ net losses were equivalent to more than 90% of their total revenue while for SenseTime, it was just around 25%.

All four of those firms were in 2019 placed on a U.S. economic blacklist alleging their involvement in rights violations against Muslim minorities in Northwest China, which the firms, and Beijing, have denied.

Based on their IPO prospectus, Caixin calculated that for every 1 yuan of income generated by the four companies over the past three years, they spent 1.85 yuan, mainly on labor.

In a November 2020 report, research institute IDC forecast that China’s AI market would grow at an annual rate of 23% to reach $11.9 billion by 2024, down from its previous projection of $12.7 billion.

In addition to SenseTime, state-backed CloudWalk cleared regulatory reviews for an IPO on Shanghai’s Nasdaq-like STAR Market in July, followed by Megvii winning the approval for a STAR Market listing in September. Yitu, which filed its listing application to the Shanghai bourse in December 2020, halted the plan in June.