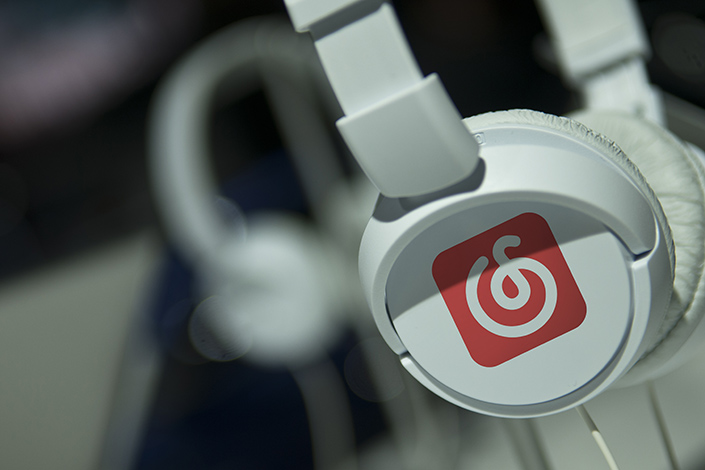 The firm has been diversifying its revenue streams by developing advertising services and sales of digital albums. Photo: IC Photo

The music streaming arm of Chinese gaming giant NetEase Inc. is seeking up to HK$3.52 billion ($451.7 million) in a revised initial public offering (IPO) in Hong Kong, down from a rumored $1 billion in May.

Cloud Village Inc. is selling 16 million shares for between HK$190 and HK$220 apiece, according to a term sheet filed to the Hong Kong Stock Exchange on Tuesday.

Final pricing will be determined on Friday and shares are set to start trading on Dec. 2, the filing said, with an overallotment option allowing underwriters to buy a further 2.4 million shares that could be worth roughly $68 million.

Cornerstone investors have subscribed to a total of $350 million worth of shares, according to the document, with NetEase to pay $200 million, Sony Music Entertainment $100 million and Orbis Investment Management Ltd. $50 million.

The company said it plans to use the funds for “cultivating its community, innovating and improving technological capabilities, selected mergers, acquisitions and strategic investments.”

Bank of America Corp., China International Capital Corp. and Credit Suisse Ltd. are sponsors of the deal, according to the filing.

Hangzhou-based Cloud Village had originally submitted a listing application in May aiming to raise at least $1 billion, according to Bloomberg. However, the plans were shelved in August amid a widening campaign by Beijing to regulate the tech sector, leading to a flurry of Chinese firms pulling their planned IPOs.

Launched in 2013 by NetEase, the unit generates most of its revenue from subscriptions for online music services and sales of virtual items on its social entertainment products, including Look Live Streaming, social audio app Sheng Bo (声波) and karaoke app Yin Jie (音街), it said.

Revenue from its social entertainment and other services reached 2.67 billion yuan in the first three quarters of the year, marking a year-on-year increase of 75.9%. The figure, accounting for 52.3% of total revenue, surpassed the online music services segment to become the company’s major revenue driver.

The firm has also been diversifying its revenue streams by developing advertising services and sales of digital albums, it added.

As of Sept. 30, monthly active users of its online music services reached 184.2 million, of which paid users totaled 26 million, the company said.

Overall revenue for the first six months of 2021 climbed to 3.2 billion yuan, up 60% from a year ago, the term sheet said. Net losses widened to 3.8 billion yuan in the same period from 1 billion yuan a year ago.

The company, which is Tencent Music Entertainment Group’s smaller rival with a 20.5% market share in terms of 2020 revenue, has been in the red since 2018, posting a net loss of 2 billion yuan in 2018 and in 2019, which widened to a 3 billion yuan loss last year. It warned investors that it expects to keep losing money until at least 2023.

“Despite our continued increase in the user base, we may continue to incur gross and net losses and net operating cash outflow in the foreseeable future… due to our continued investments in content, technologies, marketing initiatives as well as research and development,” Cloud Village said.

On July 24, Tencent Holdings Ltd. was fined 500,000 yuan by the State Administration for Market Regulation for anticompetitive practices and was ordered to relinquish all their exclusive global music licensing deals within 30 days, following an official probe of Tencent’s 2016 purchase of a major stake of China Music Corp. The deal had helped the company net the rights to 80% of the exclusive music licensed in China.

While it did not name the companies involved, Cloud Village said the “penalty decision against a Chinese internet giant” on July 24 over antimonopoly issues “encourages an open, fair and healthy industry environment based on open licensing and reasonable copyright fees.”