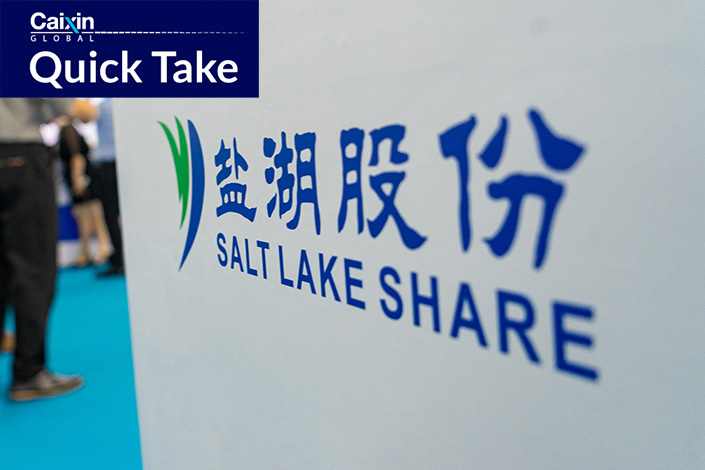 What’s new: Qinghai Salt Lake Industry Co. Ltd., China's largest potash fertilizer producer, has warned of a fresh hit to its annual profit after it pays a further 111 million yuan ($17 million) in compensation for environmental damages to a Northwest China coalfield, after local authorities accused the firm of mining there unlawfully.

A Monday notice from the ecology and environment bureau of Qinghai province's Haixi Mongol and Tibetan autonomous prefecture asked Salt Lake to pay 195 million yuan for the environmental damage caused by the mining activity.

After counting compensation it had already factored in, the company estimates the payment could slice a further 111 million yuan off its annual profit this year, according to its filing (link in Chinese) to the Shenzhen bourse late Tuesday.

Just a month ago, the state-owned company voluntarily returned 357 million yuan of income generated from the alleged illegal mining. The two payments combined would result in a total reduction of 468 million yuan in its annual profit, which accounted for about 22% of its first-half net profit of 2.11 billion yuan.

Background: The payments come after a wholly-owned subsidiary of Salt Lake was accused of illegal mining operations in the Muli coalfield, the largest open-cast coal mine in Qinghai, between 2013 and 2014 without obtaining the necessary license.

On Sept. 27, Salt Lake was separately fined 160 million yuan for violating the Price Law after it substantially raised prices on potash products despite little change in production costs.

Three current or former senior executives have been put under investigation so far this year. Wang Xingfu, former chairman and Communist Party secretary, was placed under a probe in April. Diao Xiangrui, the lead of the company's production technology department, confessed to discipline violations in September. Xie Kangmin, the deputy secretary of its party committee, was put under investigation on suspicion of serious violation of law in October.