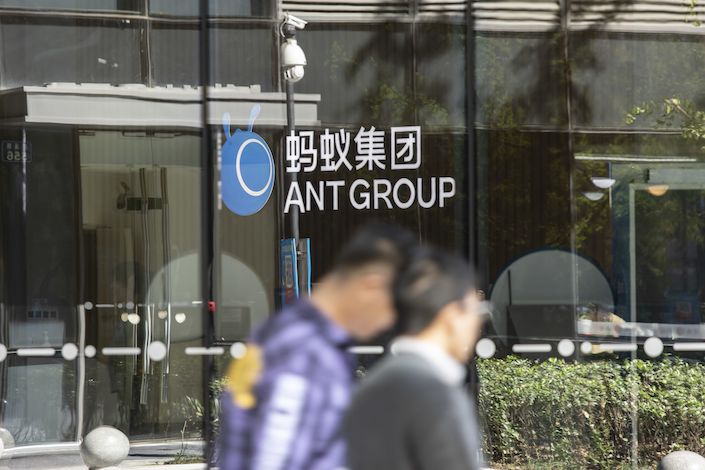 Consumer credit has been crucial in driving growth at Ant’s digital finance business, which contributed 63% of revenue in the first half of 2020

(Bloomberg) — Ant Group Co. said it is repositioning its most popular consumer credit service to stand out from products offered by banks, its latest step in a regulatory-driven overhaul.

Under the brand differentiation plan, Ant’s Huabei will become the consumer credit service of Chongqing Ant Consumer Finance Co., focusing on the needs of users for small to medium amounts of credit, according to a letter to users on its Weibo account. Loans fully funded by other financial institutions will come under a separate label, “Xinyonggou,” for users with the need for a higher credit line.

The move is the latest taken by billionaire Jack Ma’s financial giant to rectify businesses ranging from payments to consumer lending and the nation’s largest money-market fund. Chinese regulators scuttled Ant’s $35 billion initial public offering a year ago, kicking off a yearlong crackdown to curb breakneck growth for the entire internet sector and the uncontrolled expansion of private capital.

Consumer credit has been crucial in driving growth at Ant’s digital finance business, which contributed 63% of revenue in the first half of 2020 before the authorities unleashed a barrage of rules late last year. Before the regulations, only about 2% of the more than 1.7 trillion yuan ($263 billion) of loans doled out through Ant remained on its balance sheet, with the bulk of funding coming from its roughly 100 bank partners.

Since then, Ant and some banking partners have started to pare back their cooperation, which fueled the spending of at least 500 million people across China. Earlier this month, Ant said it is making efforts to differentiate its Jiebei service, another short-term consumer loan product.

The myriad restrictions mean Ant is worth a small fraction of its former self as its growth prospects wane, according to some of its early Wall Street backers. Warburg Pincus lowered its valuation by 15% to $191 billion at the end of September, Reuters reported Wednesday. Ant fetched a $280 billion valuation before its IPO was halted.

As part of the overhaul, Ant also ramped up its capital base to 35 billion yuan and moved to build firewalls in an ecosystem that once allowed it to direct traffic from Alipay, with 1 billion users, to services like wealth management, consumer lending and on-demand neighborhood services and delivery. Assets under management at its money-market fund Yu’E Bao — once the world’s largest — have dropped by more than a third from the end of last year to 776 billion yuan by September.