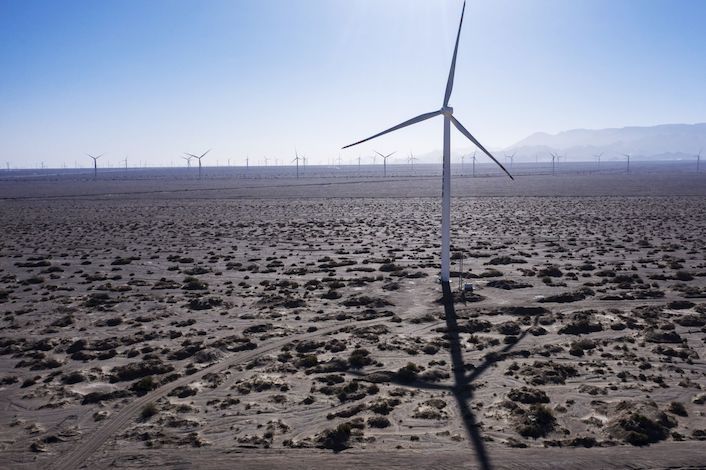 To meet China’s carbon neutrality plan, including an energy target that will push nonfossil fuel use to 80% of the country’s energy mix by 2060, China needs to double wind and solar output by 2025

(Bloomberg) — China’s energy crisis won’t derail plans to make progress on curbing greenhouse gas emissions in the next few years, according to a top researcher involved in drafting proposals.

The 2025 energy blueprint due out next month will be centered on prioritizing the use of more renewables and improving energy efficiency, according to Xu Xiaodong, senior adviser of the China Electricity Power Planning and Engineering Institute, a government think tank.

“The power crunch is not a normal phenomenon as China has enough capacity to meet demand, so it won’t change the course of low-carbon development,” Xu said Wednesday in an online conference.

A nationwide power crisis from a shortage of coal crimped output in some key industries in recent months and sent the price of China’s mainstay fuel surging to a record high in October. The situation has since eased as Beijing took action to boost coal production, though concerns remain amid expectations for a colder-than-usual winter.

While China has aggressive plans to ramp up renewables, it’s continuing to rely on coal to support economic growth and expects the fuel to remain in the energy mix long after President Xi Jinping’s target of reducing consumption from 2026.

The world’s biggest consumer of the fossil fuel resisted efforts at the United Nations climate talks in Glasgow to phase out coal decisively. China’s continued investment in coal-fired power means they will probably stay in operation until retirement in 40 years, just about the time country expects to zero out its emissions of carbon dioxide, the main greenhouse gas causing climate change.

China’s mid-term energy plan aims to rank coal power after renewables and nuclear power in priority for new capacity additions through 2025, according to Xu. But coal still has a place in helping to keep the electricity grid stable in the transition to more intermittent renewable power sources, he said.

To meet China’s carbon neutrality plan, including an energy target that will push nonfossil fuel use to 80% of the country’s energy mix by 2060, China needs to double wind and solar output by 2025, said Tao Ye, vice director of the renewable energy development center affiliated with the National Development and Reform Commission.