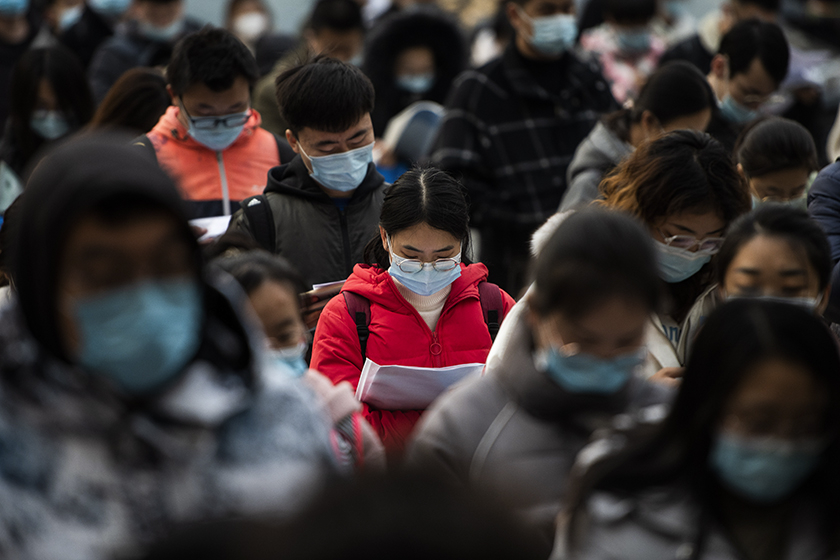 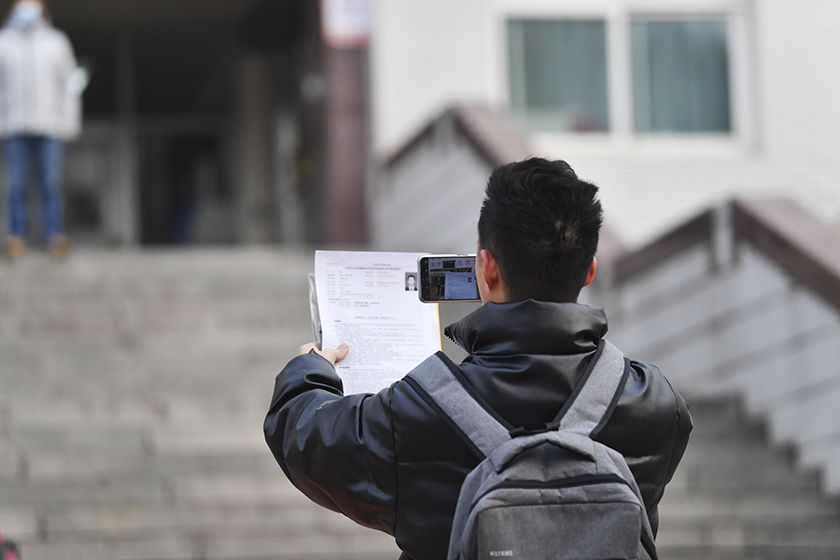 A candidate takes a photo of his admission ticket outside a testing center Sunday in Beijing. The exam was held at 5,9424 testing sites in 77 cities this year. Photo: The Beijing News, The Paper 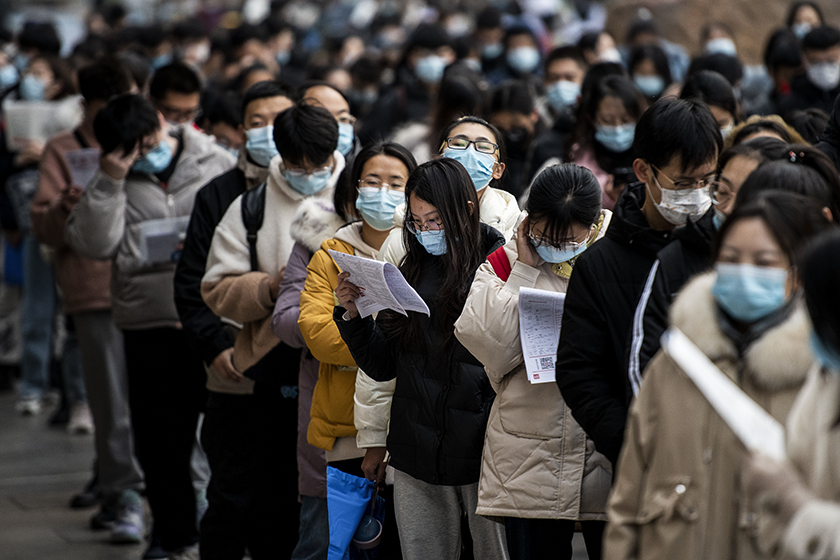 Candidates review study materials while waiting in line to get into a testing site Sunday in Taiyuan. China has offered 31,200 civil servant vacancies for the exam, according to reports. Photo: Wei Liang/China News Service, VCG 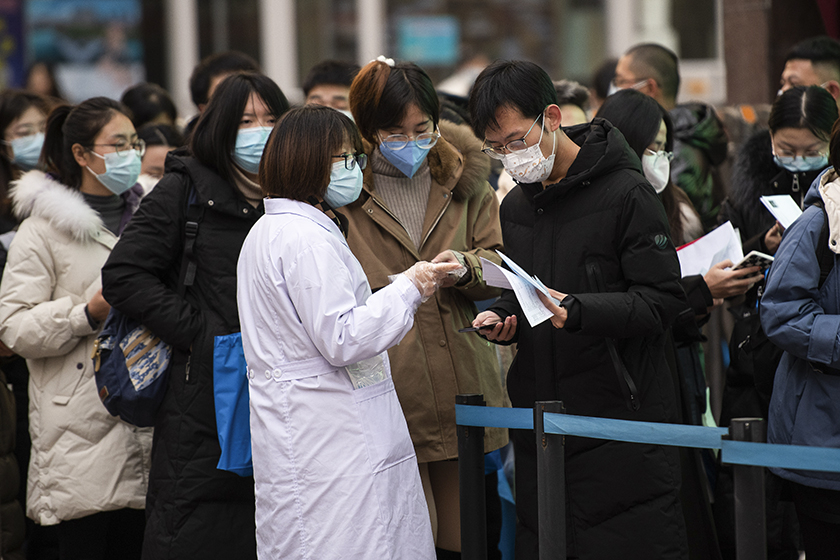 A staff worker guides candidates Sunday outside a testing site in Taiyuan. Data released by authorities indicated that one in 46 examinees could get a civil service job. Photo: Wei Liang/China News Service, VCG 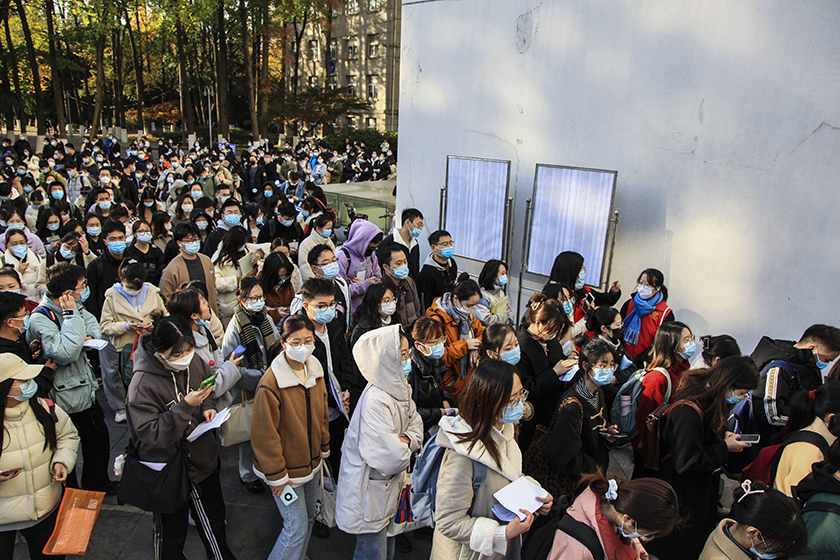 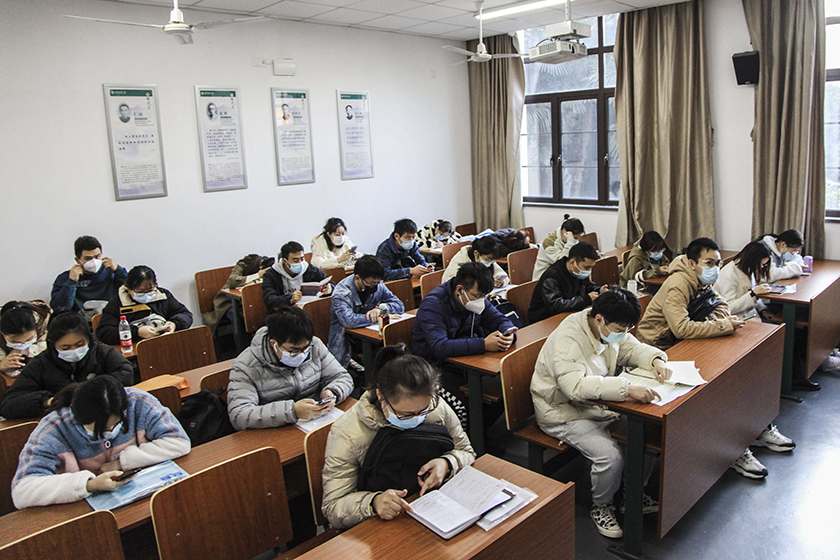 Examinees study in a classroom Sunday to prepare for the test at the Nanjing Forestry University testing site. Photo: VCG 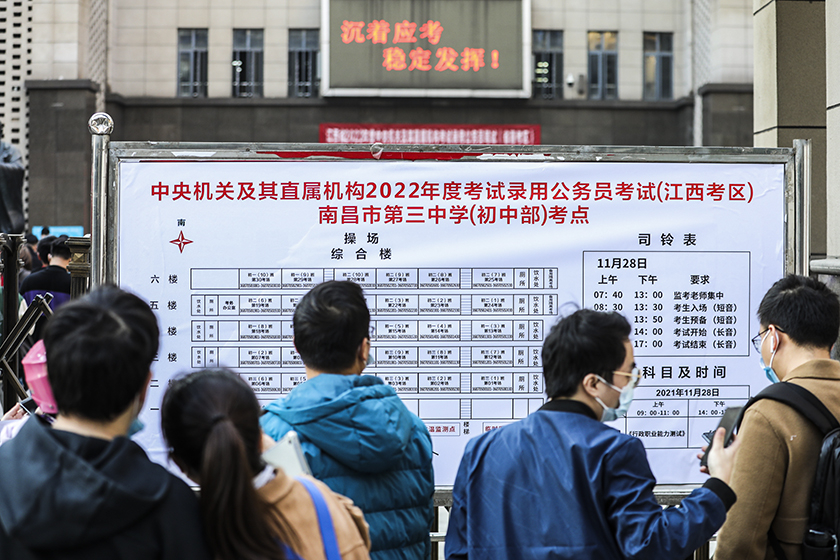 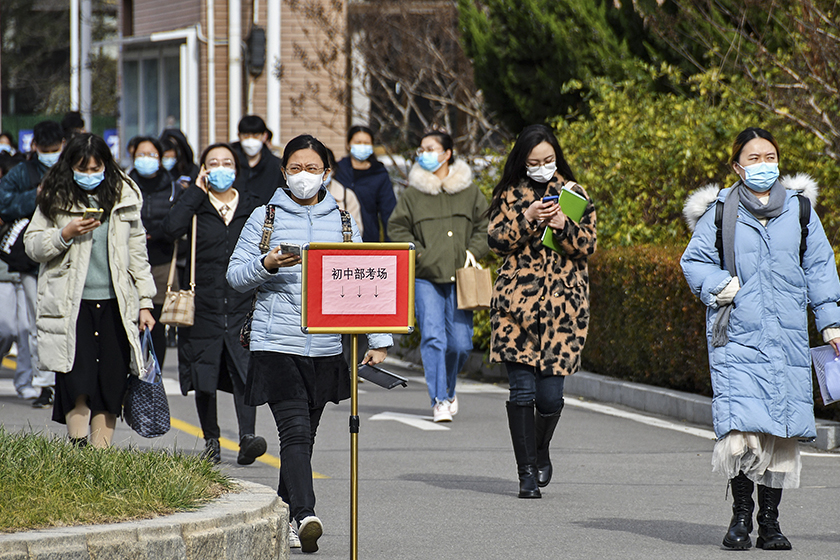 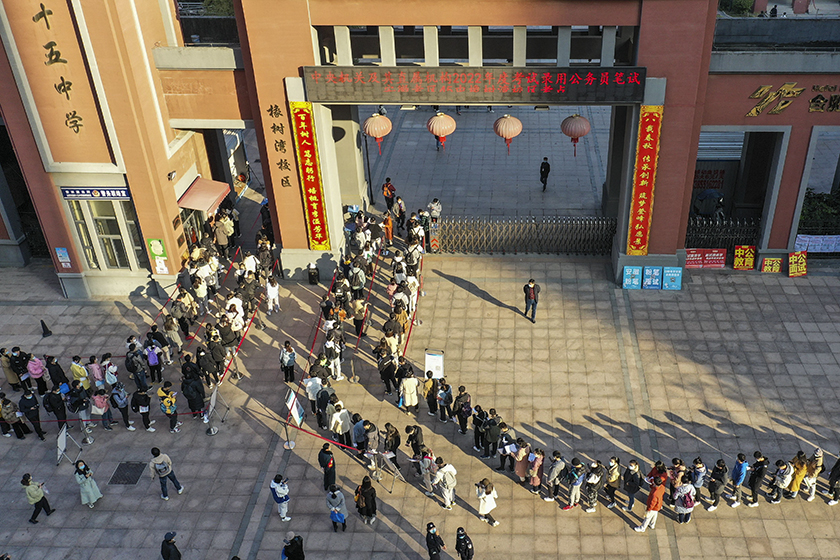 Candidates queue in line outside a testing site in Hefei, East China’s Anhui province, to take the exam on Sunday. Photo: VCG