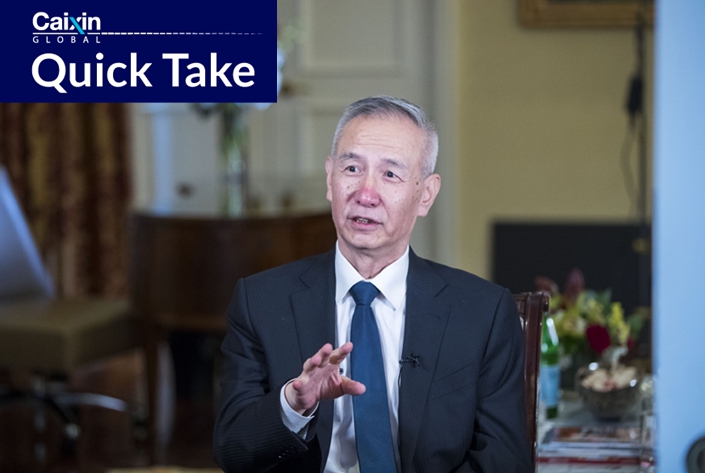 What’s new: China’s GDP growth for the full year of 2021 will surpass its target, Chinese Vice Premier Liu He said Tuesday in a video message delivered to the Hamburg Summit, the state-run Xinhua News Agency reported.

Liu also said the government has strong confidence in China’s economy next year.

The background: Analysts expect China’s economic expansion to continue to moderate in the fourth quarter from the 4.9% year-on-year pace seen in the July-September period, which was the weakest in a year. The economy is grappling with a series of challenges including surging raw material prices and property jitters.