By Cai Xuejiao and Xiang Kai 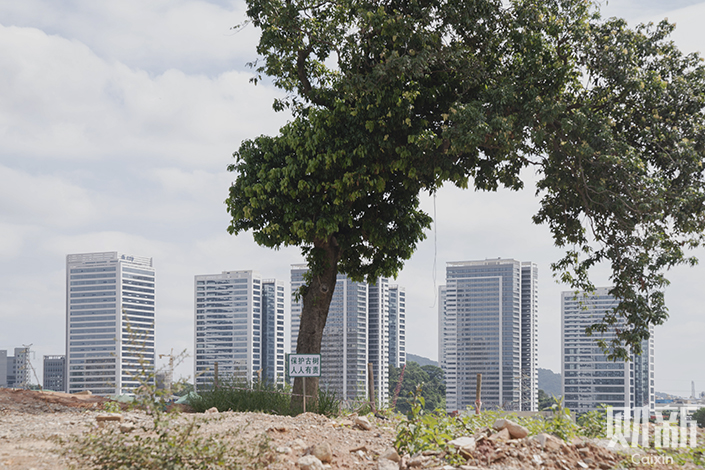 An old tree that has been protected with a fence in Guangzhou, South China's Guangdong province, on Oct. 17 Photo: Liang Yingfei/Caixin

Authorities in the southern city of Guangzhou punished the city’s deputy party chief and nine other local officials for mass tree felling, after the release of a document by the provincial government that urges green protection in the course of urban development.

Five of the officials — including the city’s vice mayor and head of the forestry bureau — were removed from their posts, while the deputy party chief was disciplined for negligence (link in Chinese), according to a statement issued by local anti-graft authorities. Late last year, a large number of trees in the city including many native banyan trees, were felled during construction projects, according to media reports.