Editorial: How Government Frugality Can Serve the People 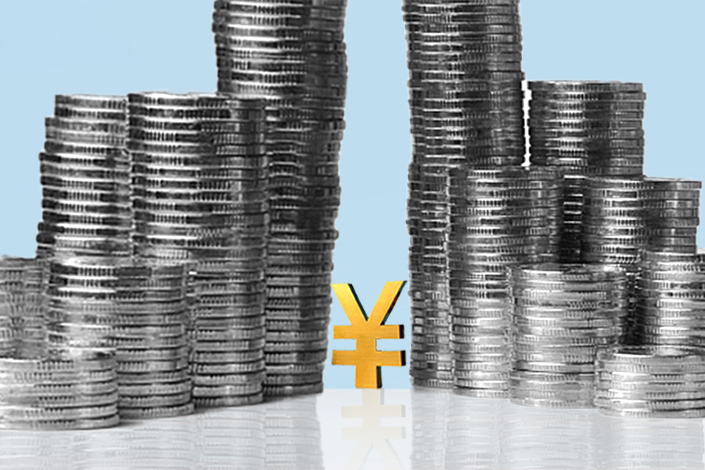 If Chinese governments at all levels continue to tighten its belt, deepen reform, streamline the administrative structure and improve efficiency, the domestic economy will be fueled by endogenous forces, creating high quality growth that is sustainable. Photo: VCG

The large-scale indiscriminate levying of local government fees and fines in Bazhou, North China’s Hebei province, has recently sparked a heated debate. With the central government repeatedly declaring that governments at all levels should continue to practice fiscal frugality in the interests of the people, Bazhou has definitely set a negative example. As China’s economy comes under greater pressure, many local governments are suffering an intensified contradiction between local fiscal revenue and expenditure. However, this does not mean they are entitled to engage in reckless exploitation. In addition to formulating feasible economic policies to stimulate the inherent vitality of economic growth, governments at all levels should adjust their relationship with businesses and residents. Moreover, they should accelerate reforms, further transform government functions, streamline administration, delegate power, and improve efficiency.

According to the circular from the Supervision and Inspection Office of the General Office of the State Council, the Bazhou government broke the law by issuing non-tax revenue assessment measures, assigning non-tax revenue tasks and launching campaign-style law enforcement. This situation was alarming. As said in the circular, these issues reveal that some local governments “have failed to understand the concept of belt-tightening and remain impetuous to close fiscal gaps through non-tax revenue (especially confiscation and fines) in the context of current economic downward pressure and tight fiscal balance.”

In 2021, downward economic pressure has continued to grow in China, but it has had not an apparent impact on national fiscal revenue, while fiscal expenditure has shown slower progress. According to the latest fiscal data released by the Ministry of Finance, the national general public budget income came to stand at 19.1 trillion yuan ($3 billion) in the first 11 months of 2021, year-on-year growth of 12.8%, while the national general public budget expenditure was 21.4 billion yuan, up 2.9% from the previous year. But it should keep in mind that the gap in regional economic growth is widening, leading to varied local fiscal situations. A few regions are struggling with financial constraints. However, in the face of a tight budget, governments at all levels should never accumulate wealth by unfair means, such as attempts to close the fiscal gap through non-tax revenue — especially confiscation and fines. Bazhou is an extreme case, but it has brought about a baneful impact. Issues found in this case, including the regional development gap, the mindset of government officials and the positioning of government functions, are worth profound reflection and response.

It is evident that belt-tightening is not a short-term strategy in emergency situations but the government’s consistent policy. This coincides with the phase transition that China is currently undergoing, as the Chinese economy is transiting from high-speed growth to medium-to-high speed growth. In March 2013, Li Keqiang stated at his first press conference as China’s Premier that the country should build an austere government to foster public trust and benefit the people. For people to live a better life, the government must tighten its belt. Since then, belt-tightening has been mentioned in almost annual “Report on the Work of the Government.”

The 2021 report stresses: “We at every level of government should practice fiscal frugality in the interest of the people. We should continue to tighten our belts, ensure continued increases in spending to meet basic living needs, and help sustain and energize market entities.” It is clear that the purpose of governments to tighten their belt is for the interest and benefits of enterprises and residents. In recent years, the financial contradictions have become increasingly prominent; however, as the finance minister said, the strategy can be implemented more tightly. Governments have enough funds to perform their regular duties even in regions with financial difficulties. The Bazhou case again reveals the urgent need to clarify the government’s functional positioning. Governments at all levels should establish a correct attitude toward their performance and power, adjust their relations with businesses and residents and strive to build a service-oriented government based on the rule of law. A primary step to build such a government is to make sure that its revenue is lawfully obtained and used to serve the public.

The national income of a country or region can be roughly divided into government revenue, enterprise income and resident income. If the government takes away a large amount, there is not much left for enterprises and individuals. In the foreseeable future, there will be an increasing gap between national fiscal revenue and expenditure; the only ways out are to increase revenue or reduce expenditure. In terms of revenue, governments must make a long-term plan rather than focus on short-term interests, like what Bazhou did. To this end, local governments should actively implement policies to reduce taxes and fees, issue relief for companies and strive to create a business-friendly environment. On the expenditure side, governments should increase fixed spending on areas such as social security, education and basic scientific research. As the central government committed to doing, spending on people’s basic wellbeing is only increased and not cut, and spending in key areas will be ensured. Therefore, governments at all levels should vigorously optimize the expenditure structure, resolutely reduce general spending and strictly ban new government buildings. Meanwhile, they should continue to control over the total number of people on the government payroll and spending on official overseas visits, official vehicles, and official hospitality to prevent extravagance and waste. It should be recognized that governments at all levels have considerable room to reduce costs in these areas.

In 2021, China made ensuring stability in six key areas a priority in economic policymaking. Fulfilling these tasks will certainly cost much. But, it is vital to realize that long-term fiscal sustainability can only be achieved by seeking improvements while maintaining stability. Therefore, governments at all levels should give careful consideration to policies they issue. Local governments that adopt a one-size-fits-all approach or blindly amplify central government policy run counter to the requirements of the “ensuring stability on six fronts” and “maintaining security in six areas.” Consequently, they will taste the bitter fruit of shrinking fiscal revenue.

The academic community commemorated the 1,000th anniversary of Wang Anshi’s birth this month. Wang’s belief of “enriching the country without adding tax” was deemed a pipe dream in an agricultural society with stagnant growth. However, this dream may be within reach if total factor productivity is increased by comprehensive systemic reform in which the market plays a decisive role in resource allocation, and the government better performs its duty. With the government continuing to tighten its belt, deepen reform, streamline administration, delegate power, slim down the administrative structure and improve efficiency, China’s economic growth will be fueled by endogenous forces, creating high quality growth that is sustainable.