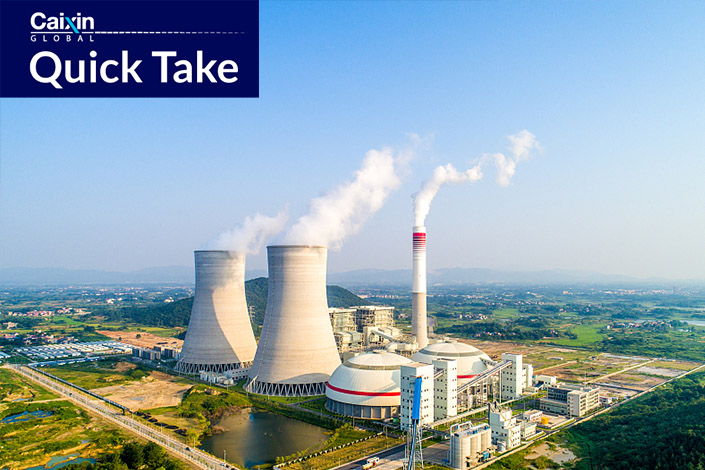 By 2025, the country’s central government-controlled state-owned enterprises must have slashed their energy consumption and carbon dioxide emissions per unit of output value by 15% and 18%, respectively, compared with the levels seen in 2020, according to guidance (link in Chinese) published on Thursday by the State-owned Assets Supervision and Administration Commission (SASAC) of the State Council, China’s cabinet.

The guidance asked the companies concerned to raise their installed share of renewable energy power generation to more than 50% by the same year.

The regulator also raised some other requirements, asking petrochemical companies to explore technologies enabling energy-efficient exploitation of oil and gas reserves, encouraging energy firms to situate new-energy and power storage projects in abandoned mining areas, and calling for the wider use of hydrogen energy in transportation and other industries.

The background: The guidance comes as China steps up efforts to peak its carbon emissions by 2030 and achieve carbon neutrality by 2060 — goals announced by President Xi Jinping in September 2020.

In October 2021, the Communist Party’s central committee and the State Council released a document for the nation’s drive toward the carbon goals. The document is the “1” in China’s “1+N” carbon policy framework, which consists of one overarching plan and multiple detailed plans for specific sectors.

In the same month, the State Council laid out a new action plan designed to bring the country’s carbon emissions to a peak by 2030, itemizing 10 fields where actions need to be taken, including accelerating the green and low-carbon energy transition.

Related: In Depth: Everything You Need to Know About China’s Decarbonization Drive