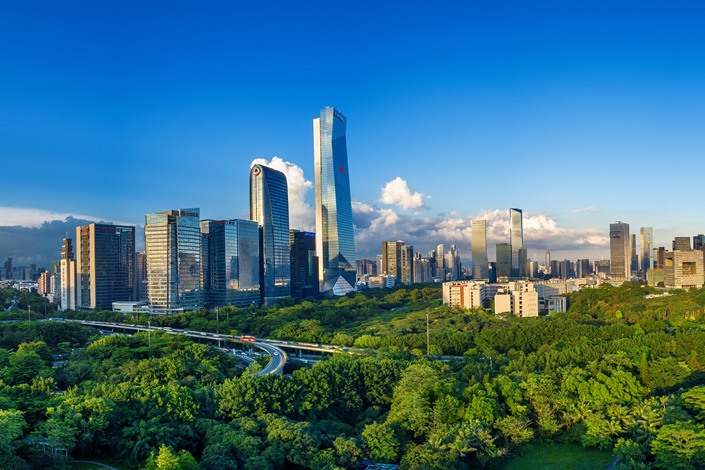 In today’s unpredictable world, it will be wise to keep an open mind, learn from the experience of oneself and others and avoid detours. Photo: VCG

As we ring out a tough 2021 and ring in what looks like an unpredictable 2022, a mix of hope and uncertainty lies ahead.

Over the past year, several new variants of Covid-19 emerged, and no one knows for sure when the pandemic will end. As a result, the global supply chain has grown fragile, and the global economic outlook is unpredictable. China’s economy has been stable due to effective epidemic control and macroeconomic regulations — a hard-earned outcome. However, as pointed out at the Central Economic Working Conference, China’s economic development is facing three pressures: shrinking demand, a supply shock and lowered expectations. The external environment is ever more complex and severe. Risk has become a keyword describing socioeconomic development for this year. As Xi Jinping, general secretary of the Communist Party of China’s (CPC) Central Committee, pointed out, we are likely to encounter conflicts and risks both now and in the future, and foreseeable and unforeseeable risks are on the rise. Xi also clearly stated that “we should estimate difficulties more thoroughly and think about risks more deeply.” No efforts should be spared to implement these requirements.

At present, downward pressure on the economy is building, and Covid is sweeping through Xi’an; the service industry has been dealt a severe blow and real estate companies are facing a mounting debt crisis. Stability, and progress in stability, will be the catchwords for China’s economy in 2022. To achieve stability we need sound risk management and to deepen our understanding and respect for the laws of the market economy.

The year 2022 is destined to be a key year in Chinese history. The 20th CPC National Congress, which has attracted global attention, is scheduled to be held later this year. This will be a great emotional moment as the Chinese people look back on the past. Thirty years ago, Deng Xiaoping’s southern tour speech during the Spring Festival marked the end of the three-year stalemate that China’s reform and opening up had gotten locked into. At the 14th CPC National Congress held that fall, it was decided that China’s economic system would be reformed to build a socialist market economy. Subsequently, a package of reform measures was introduced. Although China was facing grave risks at that time, it resolutely rejected outdated ideas and embraced basic experiences accumulated by advanced countries and emerging economies, ushering in a decades-long period of rapid development. Reform and opening up is crucial to the future of China; similarly, the market-oriented economic system reform is crucial to reform and opening up. This is exactly why the Communist Party of China spoke highly of the major breakthrough made 30 years ago when in 2021 it recapped its major achievements and historical experiences of the past century.

Risk accompanies the economic and social development of all countries. Over the past 30 years, the Chinese economy has had its ups and downs, and many people have predicted its collapse. However, at each critical moment, China has made the right choice. The economy prospered, and people’s lives improved continuously. China’s experience exemplifies what is meant by “development is of paramount importance.” Comprehensively furthering reform is an institutional guarantee against risk.

Different times, different missions. The “Three Yardsticks” — whether a policy can develop socialist productive forces, whether it can boost overall national strength, and whether it can improve people’s living standards — are always the criteria for measuring the correctness of our lines, principles and policies. The Third Plenary Session of the 18th CPC Central Committee further specified that the market should play a decisive role in resource allocation and that we should give better play to the role of the government. To understand the laws of the socialist market economy, we first have to delimit the boundary between the market and the government.

Risk is no reason to stand still. We must have a clear understanding of risks and enhance our ability to predict and manage them — especially man-made risks — in a scientific way. To prevent and control risks, we must realize that human rationality is not perfect and be vigilant against what economist Friedrich Hayek called the “Fatal Conceit.” Humanity cannot predict all the consequences of their actions. For example, we have enjoyed the benefits brought by industrial revolutions with little regard to their impact on the environment. The ongoing global carbon reduction efforts are measures we have to take to correct our own wrongs. This is how the law of nature and society takes its course, and both long-term development and short-term decision-making must respect this, as any violation of these laws is bound to be punished. Last year, the “one size fits all” approach to implementing the “dual carbon goals” strategy caused many problems. Fortunately, the central government promptly rectified the deviations. We should learn from these lessons and the key is to provide a workable mechanism. The more serious the economic downturn is, the more we should respect objective laws; recklessly forging ahead is not the right way to go. From an institutional point of view, building a sound legal system can ensure respect for these objective economic laws. The rule of law is a constraint on power. Not long ago, the central government disclosed unlawful fee collections, fines and apportionments in Bazhou, North China’s Hebei province. These rampant violations of the law are by no means isolated cases. There is still a long way to go to modernize the national governance system and capacity.

In today’s unpredictable world, it will be wise to keep an open mind, learn from the experience of oneself and others and avoid detours. As Xi stated, civilizations are enriched by exchanges and mutual learning. Exchanges and mutual learning between civilizations are important driving forces for promoting human civilization and world peace. In his southern tour speech, Deng proposed that we should learn from all the achievements of other civilizations, and incorporate all the world’s advanced management methods that reflect the law of modern socialized production. China’s economic achievements are largely the result of learning from the experiences of other countries. China’s market economy was founded just 30 years ago and for such a complex system, 30 years is too short. Therefore, Chinese people still need to be modest and cautious. The potential of China’s economic growth is infinite and the extent to which it can be released depends on the level of understanding and respecting the law and the ability to control risks.

As we with great confidence and expectations welcome the arrival of the new year, we pay tribute to everyone who has overcome big or small risks and developed China into a more democratic, civilized, harmonious, beautiful, rich and strong country over the past year.