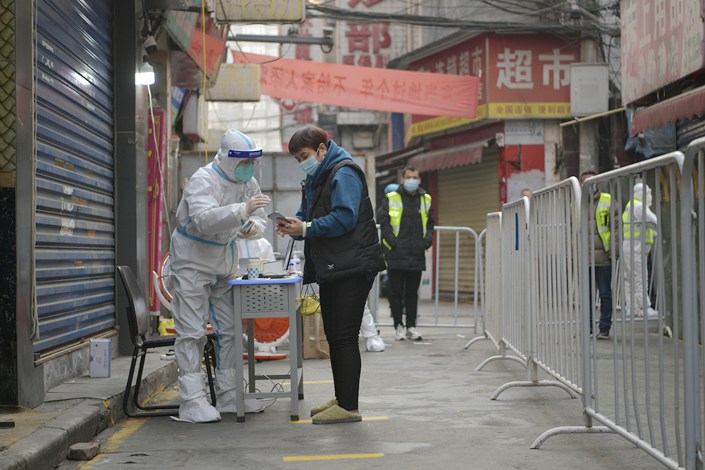 The Covid-19 outbreak in Xi’an is “the most serious” to hit China since the Wuhan outbreak, a top Chinese epidemiologist said, noting that the more transmissible delta variant is making it “extremely arduous” to control the disease in the city.

Zeng Guang, former chief epidemiologist of the Chinese Center for Disease Control and Prevention (China CDC), said in a state media interview that the capital of Northwest China’s Shaanxi province is battling a variant that spreads much faster than the Covid strain detected in Wuhan, Central China’s Hubei province, at the start of the pandemic. The outbreak has spread along multiple chains of transmission that have been harder for authorities to trace than in previous outbreaks in China, Zeng said.

He added that he hopes the city’s experience can help other parts of China learn how to contain outbreaks more quickly. “What is happening in Xi’an might end up happening to other Chinese cities in the future,” he was quoted as saying.

The historic city home to 13 million residents is battling its worst Covid outbreak in nearly two years, with 1,856 cases recorded from Dec. 9 through this Wednesday.

Following several rounds of mass nucleic acid testing and the imposition of strict travel restrictions last month, the city’s confirmed daily caseload has fallen. The figure was down to 63 on Wednesday, according to the latest information from local health authorities, after exceeding 150 new cases a day for seven straight days after Dec. 25. On Jan. 1, the number fell to 122 new cases, then to 90 the next day.

Xi’an Vice Mayor Xu Mingfei said at a press conference Wednesday that the city has “effectively contained” the infectious disease.

On Tuesday, every one of the 35 reported local cases was found in a person already in quarantine. Xi’an authorities call this “social clearance,” which is achieved when all new confirmed cases are close contacts or sub close contacts who have already been quarantined — an indication that there is no longer community-based transmission of the virus.

As of Tuesday, Xi’an had more than 40,000 local residents under observation in centralized quarantine facilities.

The vice mayor said that quarantine rules are a “key measure” for stopping hidden transmission of the virus and achieving social clearance, a “necessary condition for relaxing controls and restoring social order.”

Since Dec. 9, Shaanxi had recorded 1,883 new local cases through Wednesday, according to the provincial health commission.

Outside Shaanxi, the central province of Henan recorded more than 50 confirmed cases across six cities over a three-day period, with linked cases reported in Shanghai traced back to truck drivers.