Blog: How Being a Good Samaritan Can ‘Spoil the Market’ 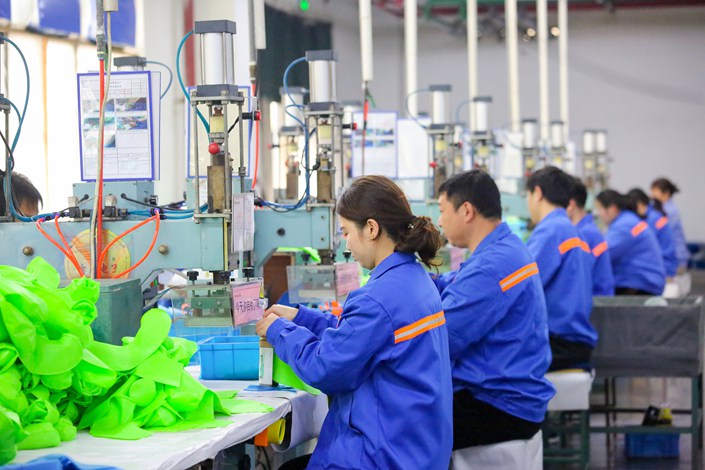 While people may have the best of intentions in offering goods and services at lower-than-market prices, they risk “spoiling the market” by making it harder for others to make a living. Such actions could invite backlash, whether in village scuffles, or writ large, in protests and anti-dumping measures between countries. China, long the world’s factory, has borne the brunt of such pushback. Industries in other countries are affected, as capital moves freely between borders while labor generally stays put. Those who feel they are losing out may hold a grudge and end up dealing society a big blow.

Recently, I came across a report in Hangzhou’s Dushi Kuaibao about 81-year-old Jin Shuhua who gave 2 yuan ($0.31) haircuts at an activity center for the elderly on Beishan Street in Railway New Village every Tuesday, Thursday and Saturday for 30 years. Granny Jin was praised as an “honest and trustworthy good person” and she got good reviews for her low-cost service. Moreover, she never took the extra bills pressed into her hands by happy customers. At the end of the article, the reporter said they sincerely hoped Granny Jin’s hair salon would prosper and wished there would be more like it.

Granny Jin’s story is touching indeed. While there are many hair salons in the city, few specialize in serving the elderly. It must not have been easy for Granny Jin to persevere in her work for 30 years, and she certainly deserves to be called a “good person”. But when I read the story, I was reminded of what befell my father when he did something good almost 20 years ago, and cannot help but sigh.

About 20 years ago, my father went back to his hometown in the countryside after retiring from a state-owned enterprise. Back then, the village still had dirt roads as the asphalt road connecting the village to the town was still under construction. This made traveling hard, especially for the elderly when they headed into town to buy groceries. As someone who could not sit still, my father bought a tricycle to tackle the problem. He charged an extremely low fee that was just enough to cover fuel and maintenance. Having finally found some work to do after lazing around for a year in retirement, he felt extremely energized. At that time, I was still studying for my master’s degree and did not read too much into it because my father sounded very happy whenever I spoke to him and the entire family was supportive.

Retaliation for ‘spoiling the market’

Alas, less than two months later, I received a call from my mother, who asked me to head home because my father was in hospital. The story went like this: because he charged a low fee, business soon became very good. People from neighboring villages even used his services, drawing the ire of peers in town. That fateful afternoon, my father was ambushed and ended up unconscious by the roadside. He was later taken to hospital by some passersby. Fortunately, he was not seriously injured and only had a mild concussion, but this incident dealt a heavy blow to my father’s mental health. For at least two years after that, he would mutter to himself that “it doesn’t pay to be kind”.

My mother nagged him, “You didn’t read the situation! Who in this town doesn’t wish to charge a higher fee to earn a livelihood and feed the family? But you charged such a low fee and stole their business, so of course they are going to hate you for it?”

My father was a mild-tempered person who never argued with anyone. But he was unconvinced when he heard this and blurted out, “Their fees are way too high! Many elderly people can’t afford such a high fee and it is difficult for them to move about. Wasn’t I doing a good deed? Why are you criticizing me?”

Although we made a police report, the police said that there was nothing they could do because we had no evidence. We could only tell father to rest well at home and stop working.

This incident reminded me of the anti-dumping investigations that Western countries often brought against China at the time. With high-quality and low-cost Chinese products being sold worldwide, related industries of several countries were affected. A shoe-making city in Spain even burned Wenzhou-made leather shoes at one point in protest against low-cost versions that undercut theirs. In fact, many other China-made products — not only leather shoes — have been hit by anti-dumping claims initiated by Western countries. I am not an expert in anti-dumping cases and cannot comment on the topic. But based on familiar economic principles, we can still ask: when Zhejiang province’s Wenzhou-made shoes are sold in another Chinese province, they are also cheaper than those made locally — why is this not considered dumping? Why is it only considered dumping when they are exported to another country?

In fact, when affordable Wenzhou leather shoes are exported to Spain, it is the Spanish consumer who truly benefits. The leather shoes come cheaper, and the money saved can be spent somewhere else, improving people’s welfare. In this sense, weren’t Wenzhou’s shoe merchants doing a good deed in the same sense that my father was? But, my father landed himself in the hospital and Wenzhou shoes were burnt in Spain. In both cases, it seems like kindness does not beget kindness.

The problem lies in the social implications of the market. My father was doing a good deed, but it was not without gain. Not only did he enrich his boring retirement life, but he also earned praise from the folks in his hometown. These are his gains. And because he had a retirement income — my brother and I were also financially independent by then — it was acceptable for him to choose to do good without having to make money.

But what about the people in the town who did this for a living? Unlike my father, they needed money because they had mouths to feed. As my father’s business got better, some of them lost out. Not being able to earn enough money, they might return home to an angry wife or worry about their family’s expenses. In this case, it was difficult to judge who was more noble — my father for his good deeds or the other drivers for their sweat and tears that earned them money to support of their families.

Similarly, Spanish leather shoe manufacturers have mouths to feed. They worked under different restrictions and with different labor costs to Wenzhou merchants, but the market is oblivious to such grievances — it only cares about the price. When it comes to similar products and services, the lower-priced one wins in a free market. However, when Wenzhou leather shoes drove Spanish leather shoes out of the market, the Spanish leather shoe manufacturers and their families landed in dire straits in the short term. I could understand their plight, in the same way that I recognize the circumstances of the drivers from the village who ferried passengers for a living. Later on, I shared this with my father, who went silent upon hearing it.

No sense in robbing Peter to pay Paul

While the market is good in itself, it constantly disrupts society’s default structure and causes painful adjustments in the short-term. During this process, if we expect those who suffer the pain to accept this “good” thing willingly, we would be robbing Peter to pay Paul.

Within a country, Wenzhou leather shoes can certainly be sold to other provinces and the leather shoe manufacturers of these other provinces can choose to change careers and transfer their resources to places that can generate higher value if they cannot outdo Wenzhou’s offerings. This is a logically sound economic argument. But the premise of the story is that the factors of production can flow freely. Between countries, however, while labor may not be able to move freely, capital can. This means that the beneficiaries of globalization and marketization are two different factor groups. Another thing is that we have overlooked the feelings of those who are the losers in this competition. If these groups of people fail to receive timely help from society, they could become angry at the market and globalisation, and eventually deal a big blow to society.

The “Chawei” chapter of the “Xianshi” examination of the Spring and Autumn of Master Lü (吕氏春秋·先识览·察微篇) recorded the story of Zigong, one of Confucius’ disciples, redeeming a person. It roughly goes like this: There is a law in the state of Lu stipulating that anyone who manages to redeem a citizen of Lu who became enslaved in a foreign state would be entitled to compensation from the state treasury. Confucius’ disciple Zigong once redeemed a Lu citizen from a foreign state but rejected compensation from the treasury. After hearing about this, Confucius said that it was wrong for Zigong to do so because with this precedent, no one from the state of Lu would redeem their comrades enslaved in a foreign state ever again. While accepting compensation would not damage your reputation, rejecting compensation would impact on the system. On the other hand, Confucius’ disciple Zilu once saved a drowning person who later gave Zilu a cow in thanks. Zilu accepted the cow, which led Confucius to say that the people of Lu would be incentivized to save the drowning from then on. How observant of Confucius!

People like Granny Jin are important supplements to market mechanisms, as there are many problems in society that the market cannot solve. The moral mechanism — the role played by one’s conscience — can also play an important role in social governance. We cannot say that the market intrinsically drives out morality or makes people feel that it does not pay to be nice. However, the role of the good person should not be exaggerated as well. If we force everyone to learn from people like Granny Jin and give out goods on the cheap — allowing good people to replace the market — maybe no one will choose to become a hairdresser anymore. For this reason, I can safely say that Confucius’ observations are indeed impressive, and he does indeed live up to his name as a sage.

Over 40 years have passed since China began developing its market economy model. But the market economy is a systematic project — its construction and improvement need to be complemented by other mechanisms and culture. Only then can an effective wealth creation mechanism form, in which people’s welfare can be truly improved.