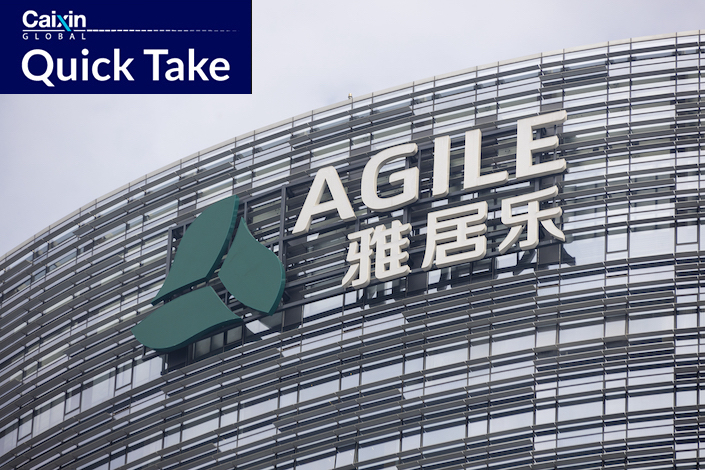 The company said it collected 1.15 billion yuan of proceeds from the sales in 2021 and expects to collect the remaining 1.65 billion yuan in 2022, which will be used as general working capital. Agile joined other cash-strapped Chinese developers in selling assets to raise funds and avoid defaulting.

China is encouraging state-owned property developers to buy assets from stressed rivals to limit financial contagion from the debt-stricken industry. The Guangdong government summoned several developers to encourage deals between indebted developers and state-owned companies. Agile was among companies participating the meeting, according to Cailian Press, a media platform affiliated with the state-backed newspaper Securities Times.

The background: Agile ranked 27th in the property industry with sales of 139.01 billion yuan in 2021, according to real estate data collector China Real Estate Information Corp.

But Agile has issued a large amount of perpetual bonds over the years. As perpetual bonds have no specific maturity date, they can be recorded as equity rather than debt, thus reducing a company’s debt ratio. But interest rates on perpetual debt is often higher than for ordinary financing. As of June 30, the company had 13 billion yuan of perpetual bonds outstanding.

Agile has three offshore bond issues totaling $1.1 billion maturing in 2022. The most imminent is a $500 million bond due March 7.