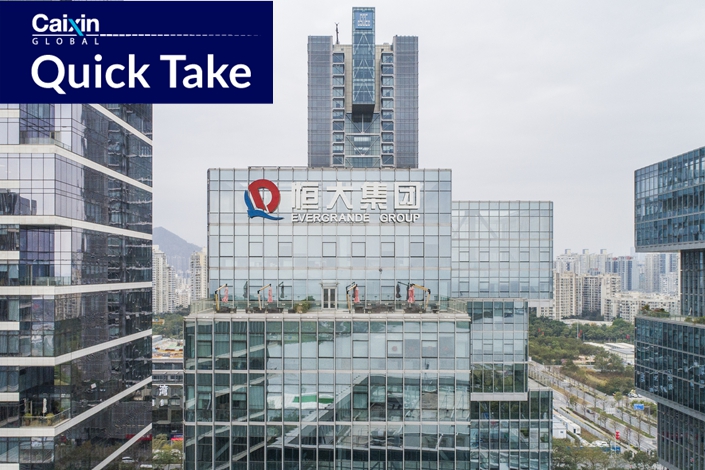 What’s new: Debt-ridden China Evergrande Group has moved out of its iconic Zhuoyue Houhai Center headquarters in Shenzhen to a building elsewhere in the city and transferred most of its staff there to the firm’s previous home in Guangzhou.

On Monday, the company’s logo on the building, where it previously occupied 20 floors, was in the process of being removed.

A source close to the matter told Caixin that the Hong Kong-listed company’s core operating teams have already moved to the Guangdong provincial capital along with Chairman Hui Ka Yan, with the goal of making communication with the provincial government more convenient.

Evergrande began to shift staff between the cities in October, according to several sources. Caixin understands the company still owes unpaid rent to the building’s owner and intends to make payments in installments.

Background: The liquidity crisis that emerged at Evergrande in the latter half of last year rocked the Chinese real estate sector.

In December, the Guangdong government dispatched a working team to the property giant’s Guangzhou office to evaluate its finances and help with risk disposal. Earlier that month, Evergrande warned of a default on a $260 million debt guarantee obligation.

Evergrande is still struggling to pay its bills as it tries to restore market confidence by finishing construction on apartments. In a January statement, it said that construction has resumed on nearly 92% of its projects.

In August, Evergrande was in discussions to sell its old headquarters in Guangzhou and its Hong Kong headquarters, sources told Caixin. No further progress has been announced.