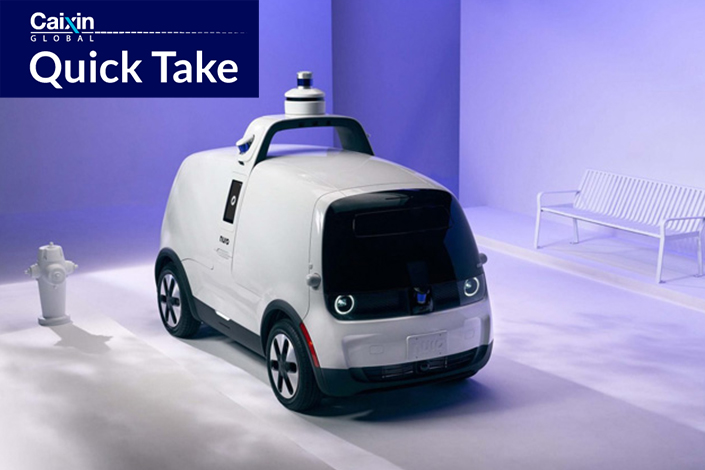 What’s new: BYD Co. Ltd. said Thursday that it will team up with California startup Nuro Inc. to build a pure-electric autonomous delivery vehicle, as the Chinese automaker deepens its investment in smart car technologies.

The deal, which marks the latest smart car tie-up between a conventional carmaker and a tech firm, will see BYD oversee the manufacture of the cars at its assembly plant in Lancaster, California, while Nuro will provide its self-driving technology, according to a joint statement.

A sensor system made up of cameras, radars, lidars and thermal cameras will be installed on the vehicle, helping it conduct 360-degree scans of its environment as it moves, the statement said.

With a maximum speed of 45 mph (72.4 kph), the vehicle will also be equipped with an external airbag for the purpose of minimizing injuries and damage if it’s involved in a collision, Nuro said in a separate statement.

The background: The partnership is yet another effort by Warren Buffett-backed BYD to get into autonomous driving, a technology that global automakers are betting will be a major part of the industry’s future.

In December, BYD said it had set up a joint venture with Beijing-based tech startup Momenta to develop autonomous driving technology.

The same month, the Shenzhen-based carmaker made a strategic investment in Chinese startup RoboSense, which develops lidar sensors for driverless vehicles.

Level 4 technology is the second-highest level of self-driving capability based on U.S. Society of Automotive Engineers standards, allowing a car to drive itself under most circumstances without human intervention.