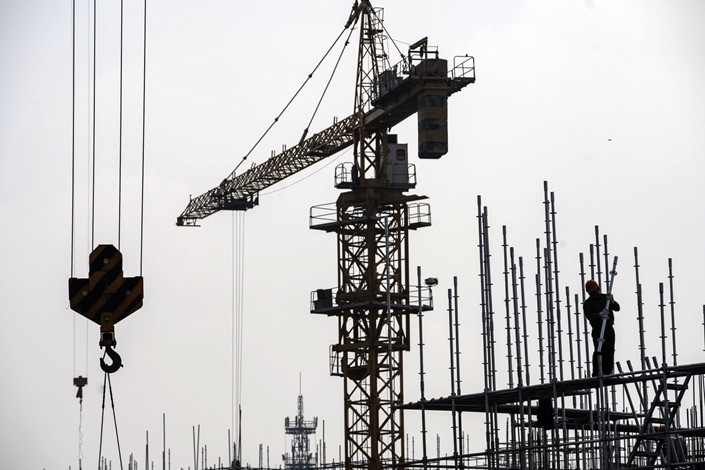 A worker stands next to a crane at a construction site for a residential development on the outskirts of Shanghai. Photo:Bloomberg

(Bloomberg) — China Aoyuan Group Ltd. won’t make payments on four dollar bonds and said that will trigger defaults on all other offshore debt, becoming the latest Chinese developer to succumb to the industry’s liquidity crisis.

The company won’t pay off a dollar note that matures Thursday or a separate bond due Sunday, it said in a Hong Kong stock exchange filing late Wednesday. The notes have a combined $688 million of principal outstanding, according to data compiled by Bloomberg. The builder also said it wouldn’t pay interest before the end of a 30-day grace period on two other notes. Those periods end Thursday and the coupons total $15.3 million, according to Bloomberg-compiled data.