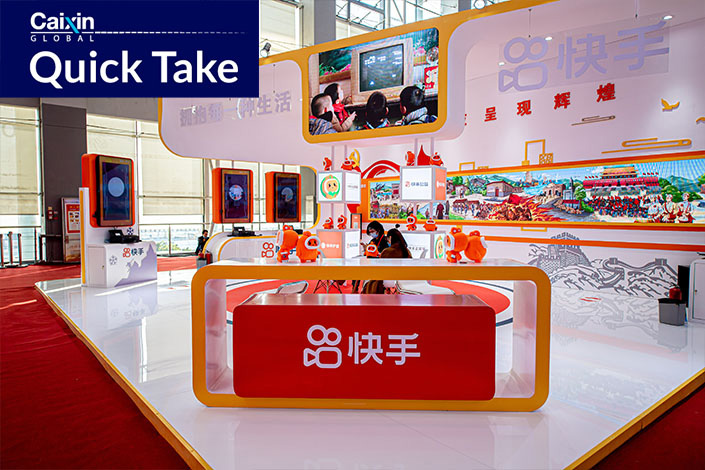 The 2021 figure reached Kuaishou’s previously stated target, and marked a dramatic increase from 2020 when its e-commerce GMV came in at 381 billion yuan, and from 2019, when the figure was 59.6 billion yuan, multiple sources familiar with the matter told Caixin. The company expects the figure to hit the 900 billion yuan mark this year.

Despite strong growth in e-commerce GMV, a metric used to measure the total value of goods sold over a certain period of time through a platform, it remains to be seen how the rising figure will help the money-losing Kuaishou with its bottom line.

Kuaishou declined to comment on the issue when contacted by Caixin.

The company reported it earned 5 billion yuan in revenue off e-commerce transactions in the first three quarters of 2021, when its e-commerce GMV was 440 billion yuan, according to its earnings report.

The background: The GMV figure disclosure comes at a time when Kuaishou is exploring all avenues in a quest to return to profit. In the first three quarters of 2021, its adjusted net loss swelled by just over 100% year-on-year to 14.5 billion yuan even as revenue grew 39.3% year-on-year to 56.7 billion yuan, according to its earnings report.

This strikes a sharp contrast to the years from 2017 to 2019, when the company logged adjusted net profits of 774 million yuan, 205 million yuan and 1 billion yuan, respectively.

In an effort to stem losses, Kuaishou initiated massive layoffs at the beginning of the year, which for some departments involved nearly a third of staff, affecting teams running the eponymous app’s operations, commercialization, e-commerce, internationalization and gaming.