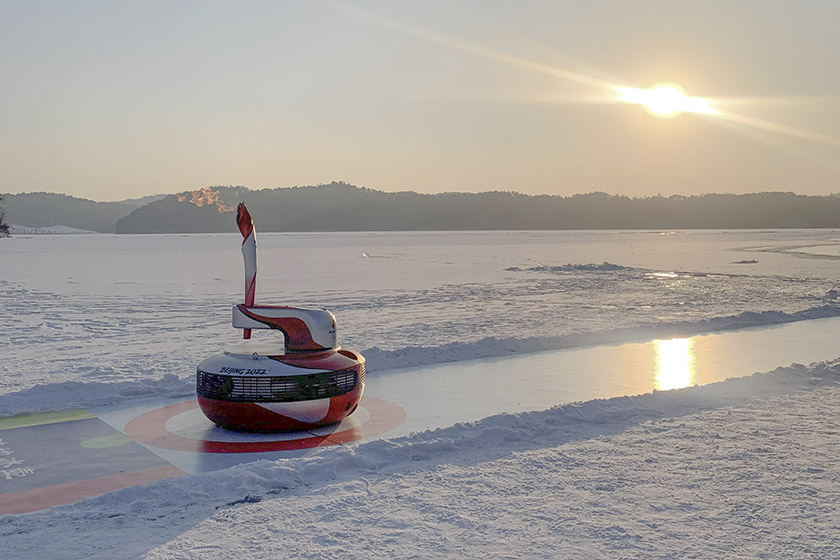 A robot shaped like a curling stone was one of a pair of robots that performed a world-first underwater torch relay on Wednesday, the day Beijing launched the Olympic flame’s three-day journey through some of the Chinese capital’s iconic landmarks. Photo: Courtesy of CASIC 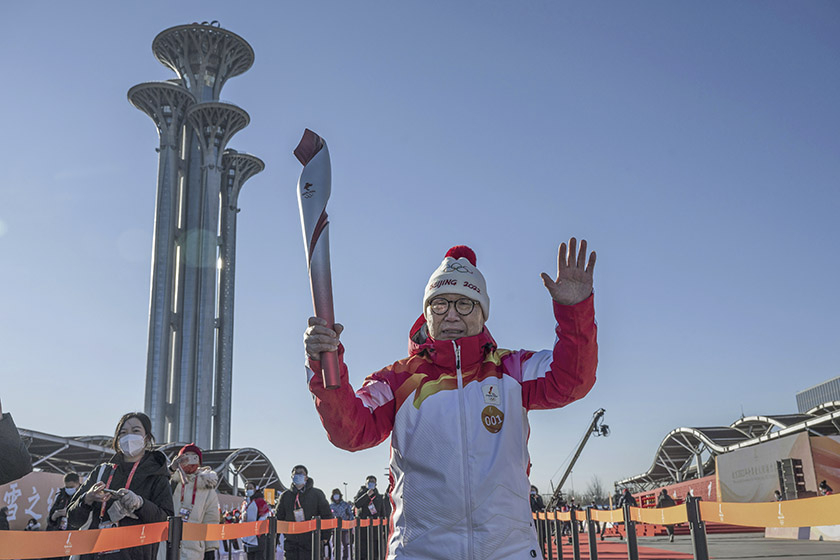 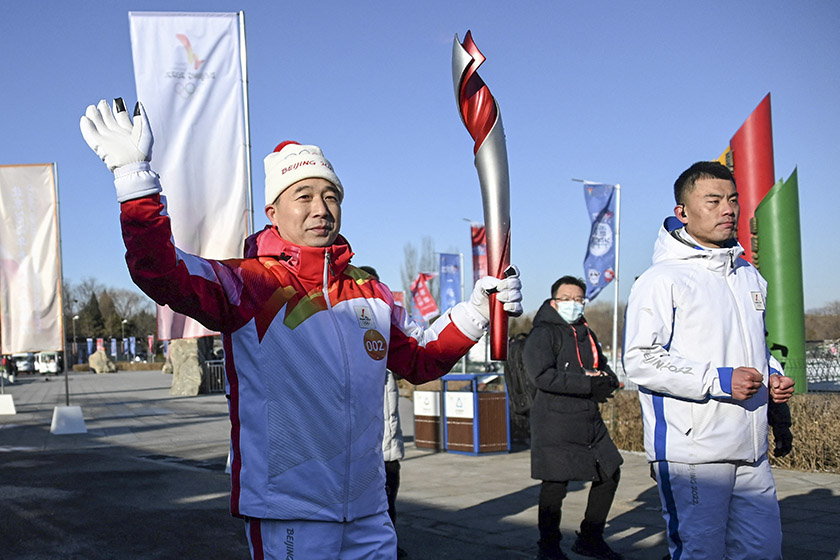 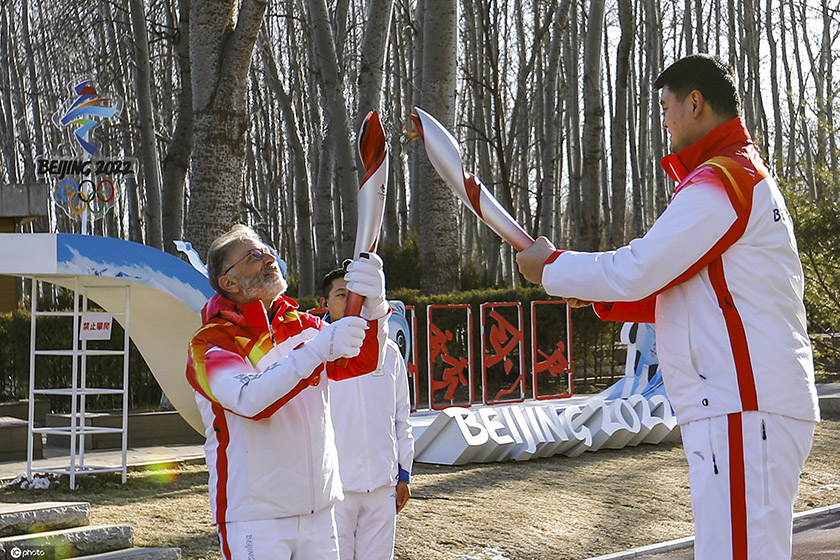 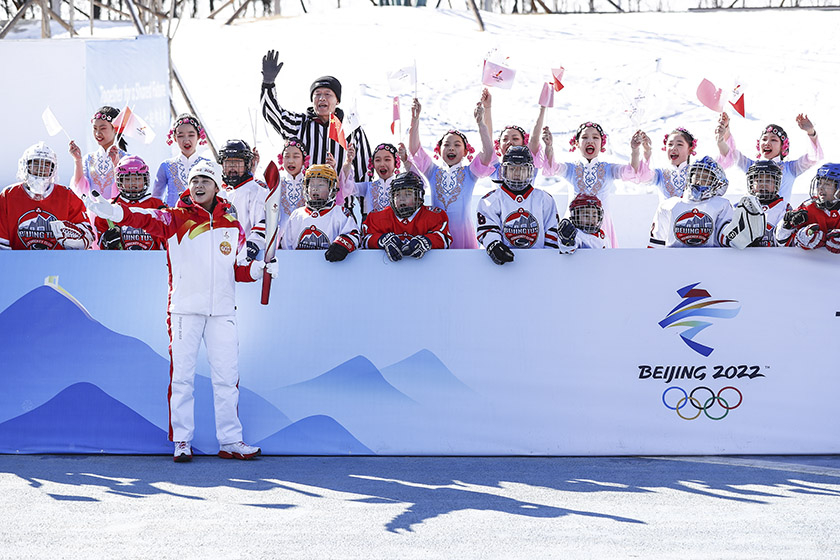 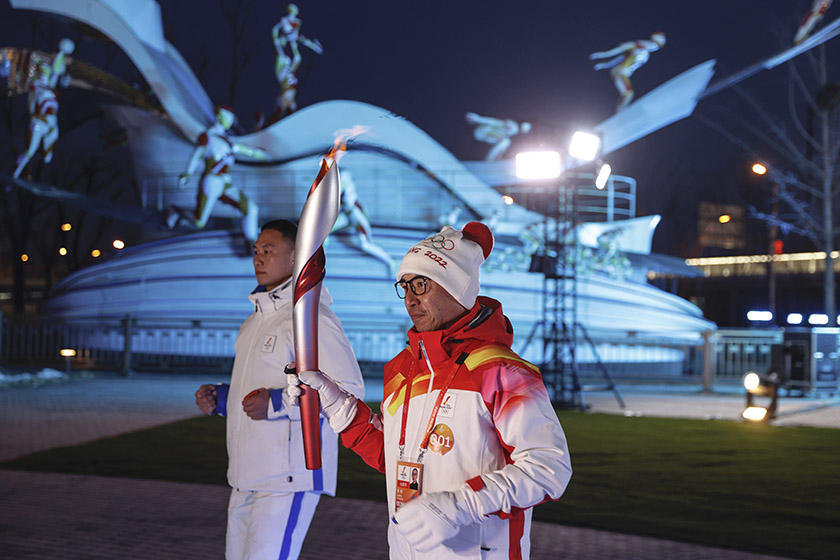 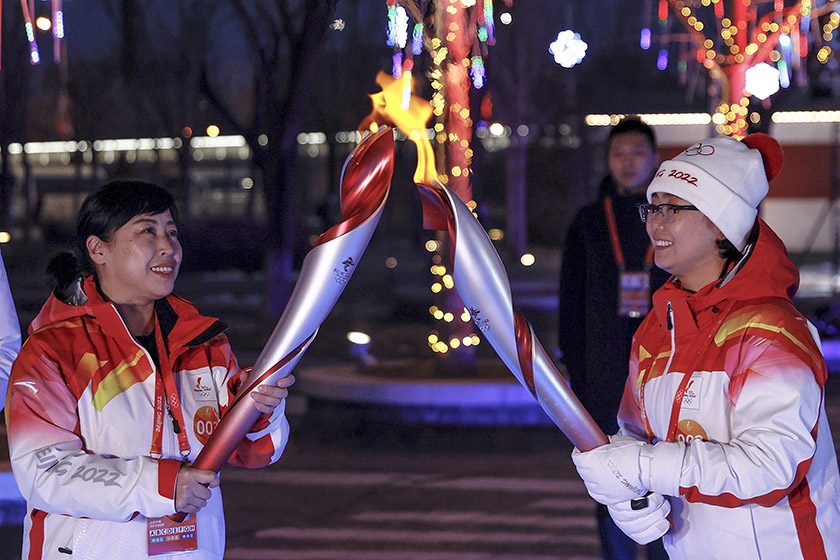 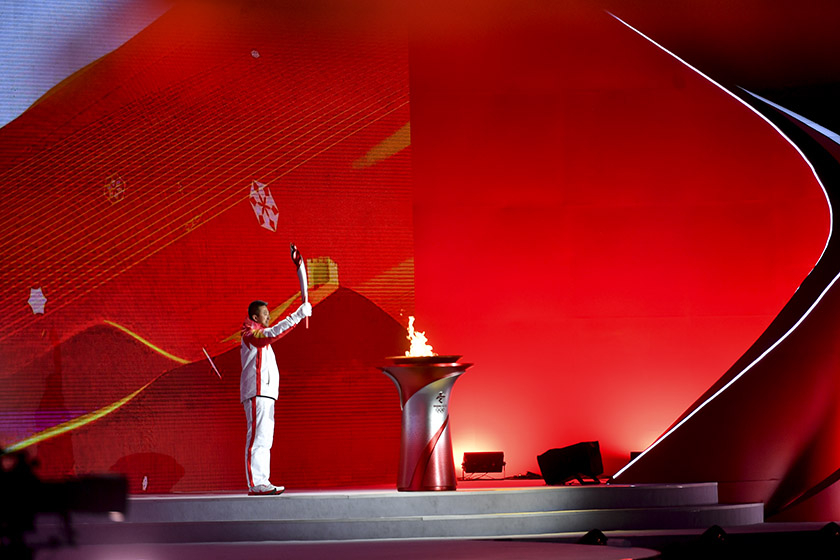 Ice-maker Liu Boqiang, the last torch-bearer of the Shougang Park segment, bring the torch to the cauldron on Wednesday night. Photo: VCG