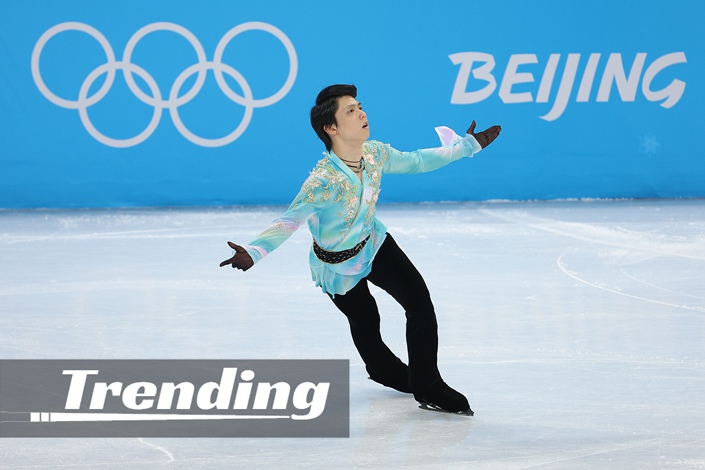 Japan’s Yuzuru Hanyu ended his third Winter Olympic Games without a medal, but the two-time past Olympic figure skating champion’s courage in pushing his limits won the praise of Chinese fans.