In Depth: How the Balance of Power Over Ukraine Shattered Overnight

By Xu Heqian and Lu Chen 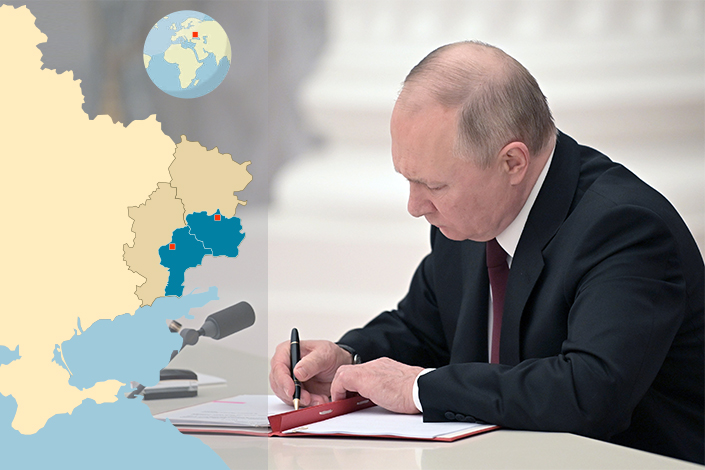 On Monday evening in Moscow, Russian President Vladimir Putin made his country’s strongest move on Ukraine since the annexation of the Crimean Peninsula in 2014 by recognizing the independence of two separatist regions in eastern Ukraine that were established by pro-Russian forces.

Since 2014, the “Donetsk People’s Republic” and “Luhansk People’s Republic” have occupied nearly half of Ukraine’s easternmost Donetsk and Luhansk regions, where the Ukrainian government in Kyiv has lost control. Until this week, however, no country in the world, including Russia, had ever recognized their legitimacy.