Editorial: Cracking the Hard Nut of Human Trafficking in China 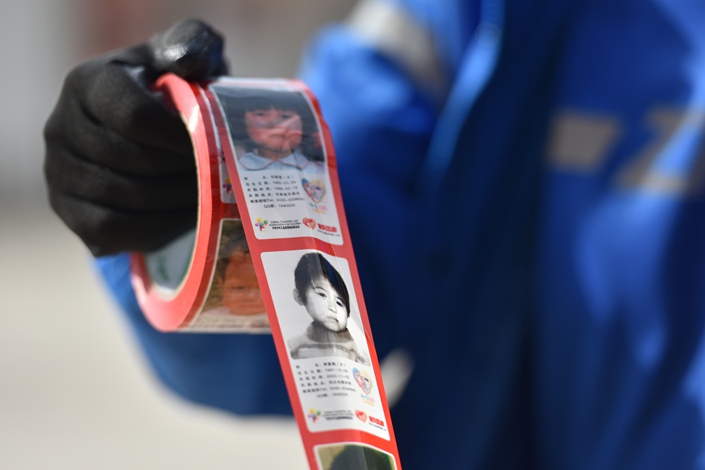 Customized tape printed with the photos and information of missing children used in express delivery outlets in Taiyuan, Shanxi province, on May 11, 2021. Photo: VCG

The case of the mother of eight found chained by the neck in a rural county in Xuzhou, East China’s Jiangsu province, has generated an outpouring of public concern about the issue of abducted women.

In response, the Ministry of Public Security has launched a special campaign to crack down on trafficking women and children until the end of the year. The campaign aims to severely punish people involved in kidnapping and trafficking and to rescue abducted women and children by efficiently solving recent and longstanding cases. The Ministry of Public Security will directly supervise the handling of a number of old and unsolved major cases that have had devastating consequences. The Chinese government’s announcement on the battle against the backlogs of cases shows its determination to implement the campaign while striking at the root of human trafficking.